The end of the road so to speak.

Pilgrim Lock, lovely mooring.  The boat is all clean and shining now.  Off to Stratford-on-Avon today. 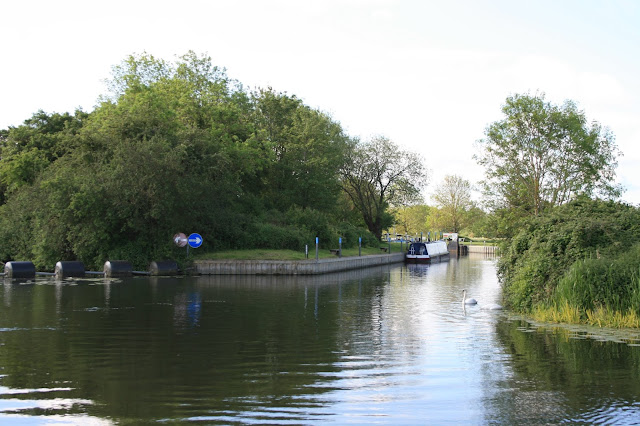 Its very pleasing to see these sola panels in a garden.  We, as a country should all be working towards this I feel. 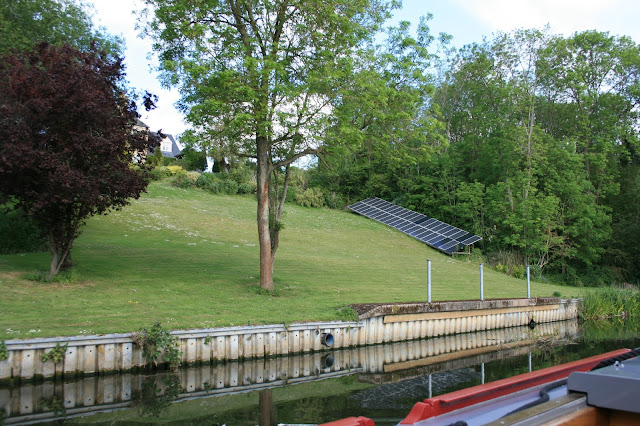 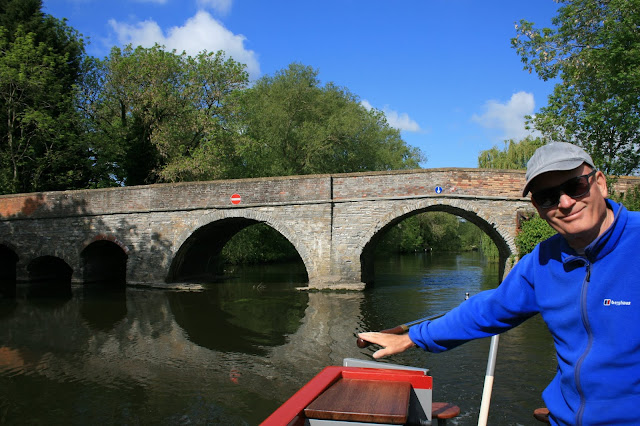 It says in the book there are moorings here, but I think that is yet another instance of our Nicholsons Guide being wrong, there was a rickety half landing stage near the pub which would be better for cruisers.

So to continue on yesterdays theme of ghastly houses, showing that money does not buy good taste.


David landed me here there was a narrowboat that had filled the lock and immediately he finished sluicing out his "Bucket-and-chuck-it" he came into the lock via the gate I had opened for him.  His crew who was a complete novice hadn't opened the other gate on his side and in manoeuvring himself without the benefit of bow thrusters and going too fast he really CLONKED the gate, so much so that it stuck on the concrete wall of the lock.  It took all three of us to un-stuck it, I was on the verge of calling David up.  Then became concerned that he would repeat the action when exiting the lock and clonk WaL.  In the event he didn't, David had gleaned part of this and when the lock gates opened he pulled back.
I think he was a bit embarrassed especially when his novice crew had yelled across to him "What happened?"


In all the excitement we didn't notice a fellow traveller....


I think he must have been a bit agitated because he shot out of the lock in front of WaL and around the corner at a rate of knots.  It must have given him an appetite too as he rough handled another female for some distance.....

End of our Avon journey for now.  Stratford. 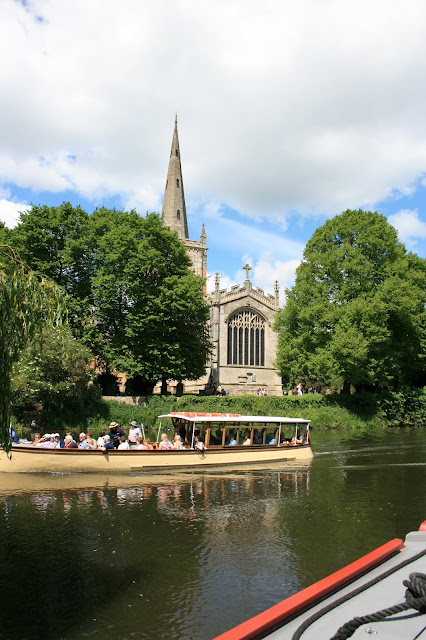 Supper was that roasted peppers stuffed with mushrooms, tomatoes and olives again with halloumi cheese.


So the sun continued to shine and we decided to polish the boat before leaving.

Now having enquired about having WaL repainted, (she was launched in 2012), I was oh so very pleased to hear that with "Two Pack" you don't need to polish the boat.  I mean don't get me wrong, we do polish her and like her to look clean and smart, I really really like the idea go never polishing it again.  So she was washed, rinsed, mopped down and then I applied the polish and David buffed....
See what I mean?
Well to be fair it was a great position to do it with the taps here too. 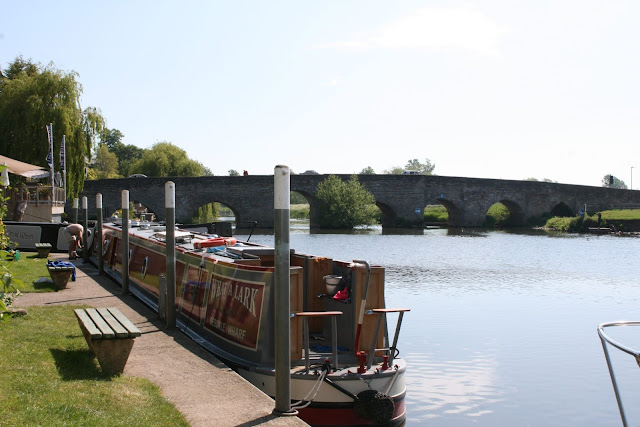 David also scrubbed the cratch with the cleaning stuff
(Well he did when the two of us working in unison pulling for all we were worth to get the dratted thing clipped on the wooden frame again, I swear it had shrunk, a bit like my skirts do in the cupboard).  This is the reason he never wants to remove the cratch cover completely.
I agree.

A lucky find actually, I had ordered some more when we were last at home but it hadn't arrived before we left.  For no good reason I tidied out the storage cupboard, in there I found two pots of varnish and would you believe it two more cratch cover cleaners.  Thus making three, we only need one a year.....

Finally leaving Bidford lunch time.  So this below is a photo of the visitor moorings.  We didn't go into the pub but I feel I made up for it by sweeping all their overflow rubbish back into their bins.


Quite a variety of imposing houses over looking the river, here below is one of the ugliest to my mind 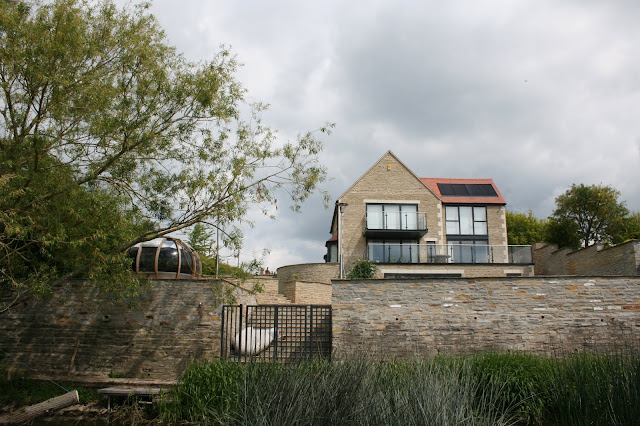 We arrived at Barton Lock, nobody else on the moorings there so we ummed and arrhed then decided to stop.  We had a choice and decided on the right hand side, thus being able to polish the other side of the boat.
It is good to get it completed but we don't usually do it all on one day.  My back hated it.

Much later, I heard another loud bird call, which again was very unusual.  I tried to spot it but couldn't see it but when I sat down with the binocs, I did see a flash of reddy-brown.  After many failed attempts to record the sound I gave up.
But the next morning, at about 05:45 it started up again outside our bedroom porthole, repeatedly and I managed to get a 4 second recording.  I sent to off to Amanda and it came back as a confirmed sighting of a Cetti's Warbler!!!!!!!!

HERE  I never even heard of such a bird but you can listen to its call on that link.  This river is lucky for me for bird spotting.

Supper was a Waitrose recipe card I picked up weeks ago.  It's roasted sweet potato with goats cheese, rocket, pecan nuts, quinoa and a balsamic dressing.
Nice.
Posted by Lisa at 13:59 2 comments:

Well we left about 9:30am,  fairly early for the boat opposite, we crept away as quietly as we could as their curtains and doors were firmly closed.

See all the lawns these marvellous volunteers have done? 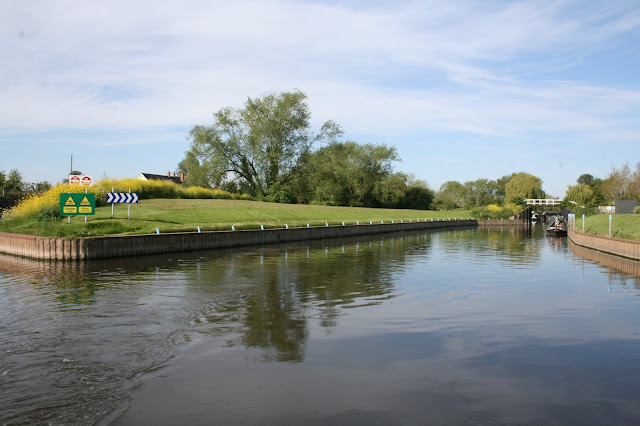 This below is Harvington Lock, also know as Robert Aickman Lock. So named as a memorial to said Robert who strived to save the waterways of England.  I owe a lot to him as I can't tell you how much I love this boating. 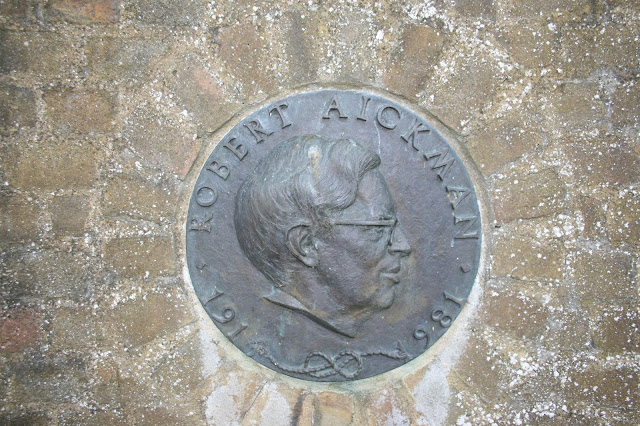 Another one of those busy non stop phone call days.

He noticed little as I wound WaL through meadows and trees with such beautiful surroundings at a very low speed, it was paid back by the kingfishers. 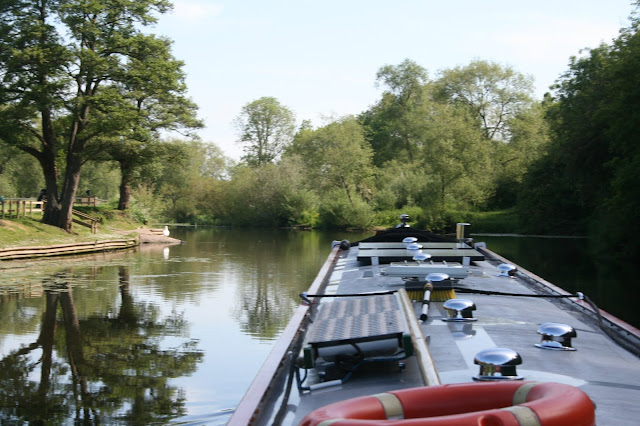 Around the corner and into Bidford-on-Avon.  David had inadvertedly put an "E" on the end of the name in the car's sat nav this morning and nearly ended up miles away.

We were quite early but even so a wide beam had arrived before us and had not gone to the end (because there was a slight bend on the staging I think) and some inconsiderate cruiser had left that other boat right bang in the middle too, David said that we would move him along, but we got in behind it.  We were on a water point, but here it's a bit different, these are very limited moorings with water on them, anyway we moored up and went inside to have a coffee.
Just as we started drinking coffee and a hire boat that had been on the other side of the river left.  We shot out and whizzed WaL over onto the slightly moor appealing moorings which although are alongside a pub, they are in the sun.  Other folk with dogs might well prefer where we had been as it had a lovely park alongside it.

So this was taken the following morning after the wide beam had left, see the wee cruiser?  It was chained up, not at all annoying.

We had been where that NB is under the tree and he had another NB breasted alongside him earlier too.  Many visitors and not enough moorings at popular places. 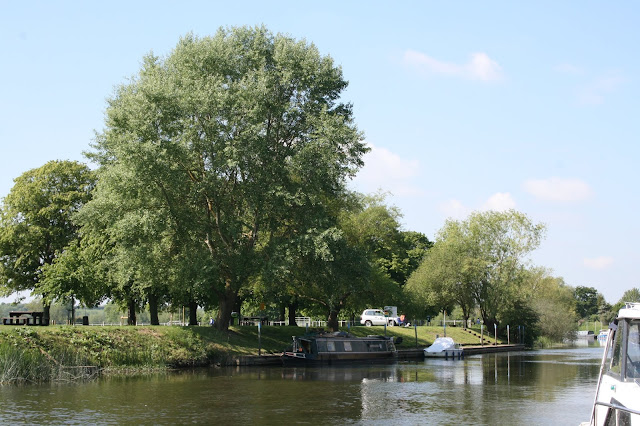 Bidford Bridge is another brilliant testament to the workmen who slaved to build it, "Early in the C15th" it has been repaired many times including when some idiot bashed it bandy in 2015  HERE, oh dear he was a farmer.


Supper was Chicken salad with the chickpea and avocado salad which is emptying my store cupboard of out of date beans.  One day this week David wanted English mustard,
I retrieved a jar but I pointed out was a darker colour than normal.  I checked the date and asked if he was feeling brave....  It was 2013.
He did use it but on hunting for the chickpeas I found another, dated 2017 so that's all fine.

The water point here in Evesham is hidden in a cupboard and cleverly they haven't labelled it, so Newbies to this river unwittingly moor up alongside it.  This had happened today.
We pulled around them and explained.

I quite like these apartments on the riverside here, I mean its not Henley-on Thames but I could cope with that. 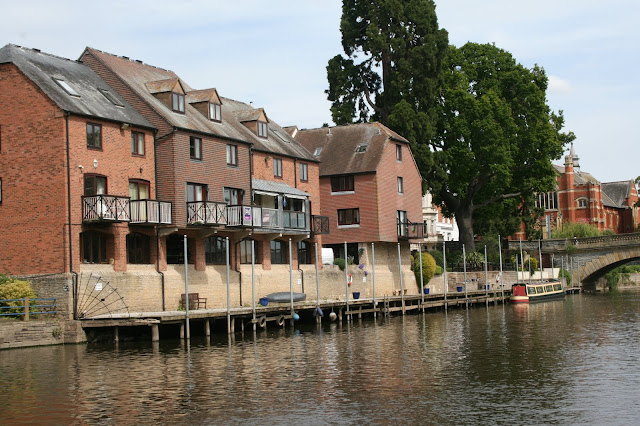 A relatively short hop up to Offenham Lock.  It has two names, George Billington too I think.  When we arrived here immediately above the right hand lock gate you can see a wide beam, this lovely couple have come up from Evesham where they moor and voluntarily do all the lawns here, of which there is far too much.  I thanked them profusely on your behalf. 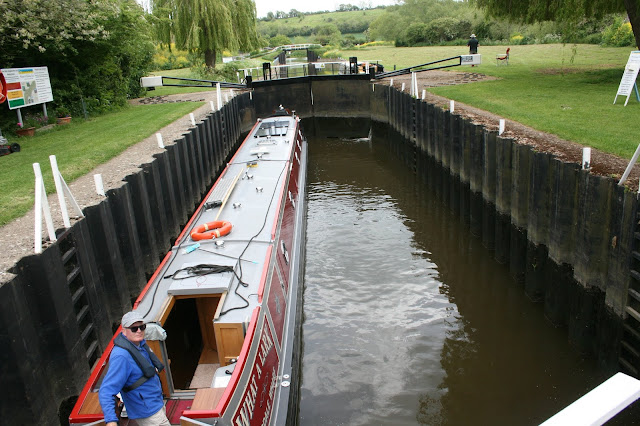 I'm really do love of this lock moorings with its wide mown lawns.

Two years ago there was a bird nesting in the undergrowth of the lock island, I couldn't see it but it had such an unusual call I recorded it onto my phone and sent it to Amanda, she has a very very knowledgable ornithologist friend Rachel who in minutes identified it as a Sedge Warbler, I mean whoever heard of such a bird? Apart form Rachel that is.

I was so hoping it would be nesting and feeding young in the same place but no such luck.

We sat in the afternoon sun, reading and watching the other birdlife here.  A Crested Grebe, which as soon as I had my camera ready dived again and more wagtails.

Supper was cauliflower cheese with tomatoes, mushrooms and olives.  Thank you Sarah for that idea.
David loved it.