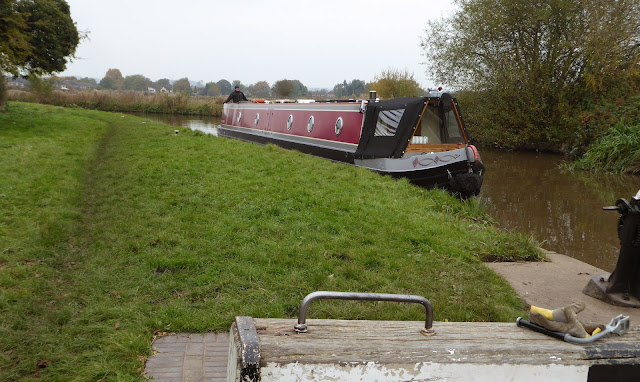 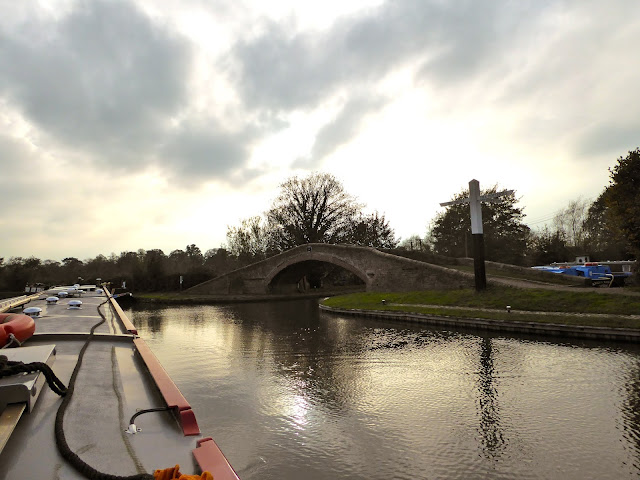 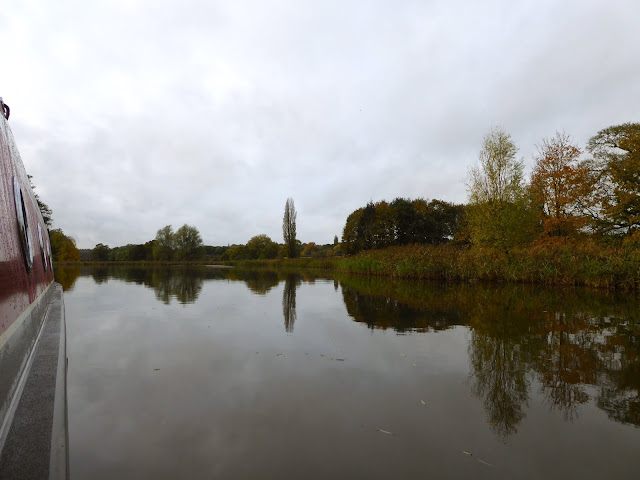 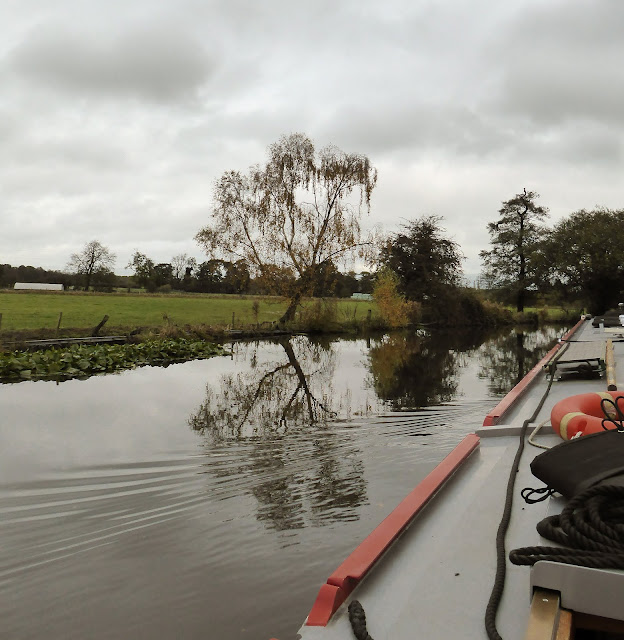 What do you mean you can't find any tonic water?

So the next morning bright and late after a most pleasant lie-in, the purchasing of some engine stuff from the marina and most vital of all, an emergency dash to the village store for tonic water (I'm not often caught out without gin), then we made a move.
After much dithering and undecidedness on which direction to go (We have a choice of three directions from here), we went north.

David was out and undid the tonneau cover which is the waterproof covering to protect the back of WaL from the weather, we put it on when we leave the boat.  He said as he took it off several hundred bluebottle flies were underneath it!   So that's where they had come from and possibly down the ventilation mushrooms.  All morning we swatted them and fed them to the fish.  They didn't put up much of a fight.  I can't imagine what has sustained them all these weeks under there.

So going north we have the choice of The Saracens Head, The Woolpack, The Dog and Doublet and The Holly Bush Pubs.
David claims the discovery of the latter on one of his dawn recces on his bike but I was of the opinion that it was John of NB Ploddin' Along who showed us it.
However tonight we had made a date with the afore mentioned John&Louise at the Dog and Doublet pub at Sandon, that is three locks northwards. 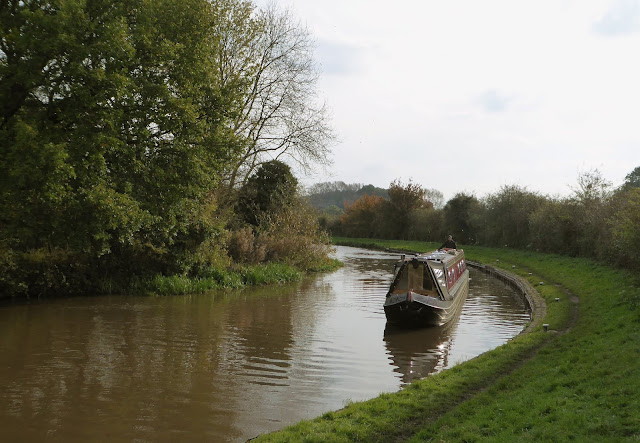 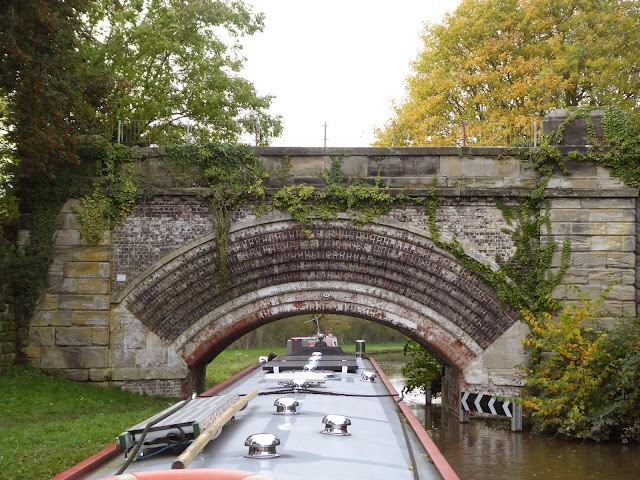 I had good winter kit on, fleecy lined boating trousers, long sleeved thermal top and furry hat but even so, two hours was plenty for me to be out in the cold wind.

Three locks, almost had the sun at one point but most importantly no rain.  We moored up, I tied the bow rope, well I had three goes at tying the bow rope before I called to him that I had forgotten how to do knots.....

I resorted to doing a Lisa Special, guaranteed not to come undone, least of all by the man the next morning.  We moored up here on a long stretch of straight armco, we snuggled up me to have a nap but on waking we saw that another NB had moored up directly in front of our nose, now you will remember I have strong views on leaving "Git Gaps" but really?  In the last days of October...?  Well that's folk for you.

The tow path was very wet and very muddy all along.  In places coming along from Great Haywood you could see where the water from the rivers and streams has flowed into the canal submerging the towpath I was grateful for my wellies, in fact I only have wellies and cute navy suede ankle boots with me on the boat here, so that it was the wellies I wore to the pub!

It was lovely to catch up with good friends John and Louise again.  We had seen them in May  HERE  in the spring, stupidly enough I didn't take a photo of them, daft really as if I had done you could see how young we are all getting.....

Look forward to seeing you both again.

We walked back along the tow path up to WaL, there was an old vintage boat actually in the lock, he had all his lights on and the lock was full and ready to have the top gate opened but no sign of the captain, we walked on up to WaL.   Some ten or fifteen minutes along the boat came past.  I do wonder what compels some people to move at night, in the cold, alone with the increased risk of collisions or falling in,   just ask George and Carol HERE   about that...

But I do appreciate that many working boats did move at nights, I just wonder why today in the C21st elderly single handed chaps are.  But free will and all that.

So supper was, mussels, fish pie and black forest brownie, and very good it was too. 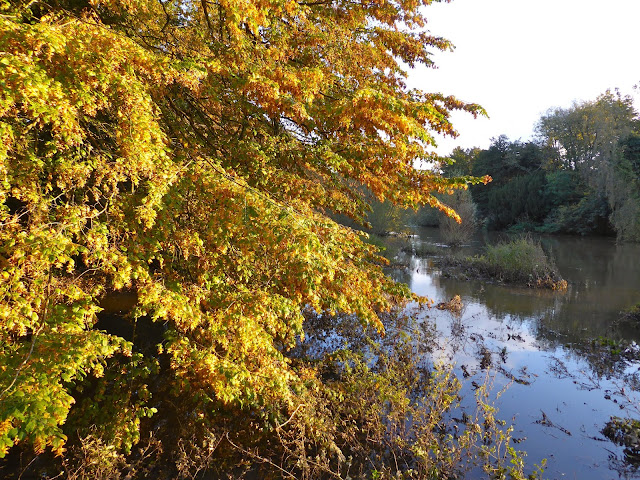 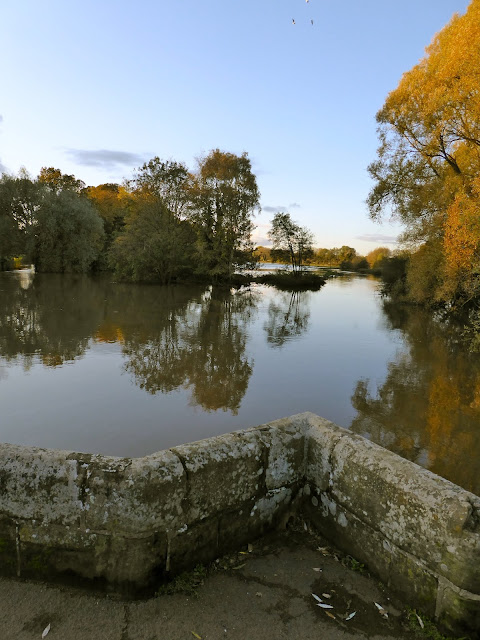 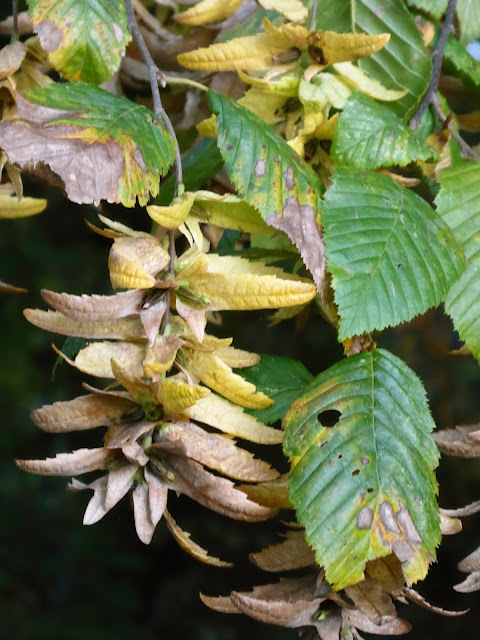 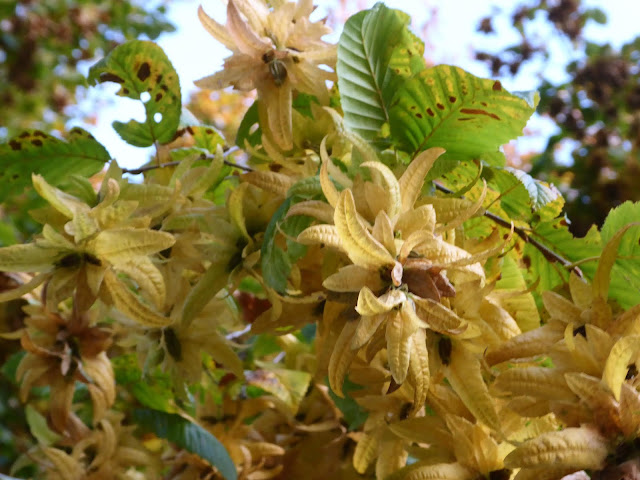