Have you ever caught your husband doing something which alarms you?

Well I did today, see the photo below.  See he has the instruction book out?  Goodness only knows where he found that.  The next photo was of him standing on a white box with DO NOT STAND written on it.  Thankfully David Lewis is going to check over everything in the winter......


So we left my favourite mooring and pushed on, suddenly there was that unmistakeable sound of a vintage engine, then another and another.
Finally the penny dropped, it was the Monday after the Foxton Boat Festival and they were all making their way home afterwards. 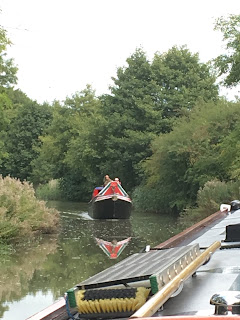 So here they come, thick and fast....
(some shots are fuzzy phone shots) 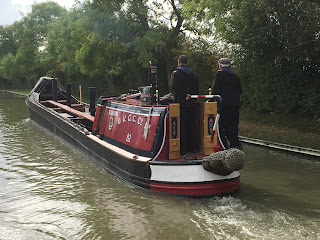 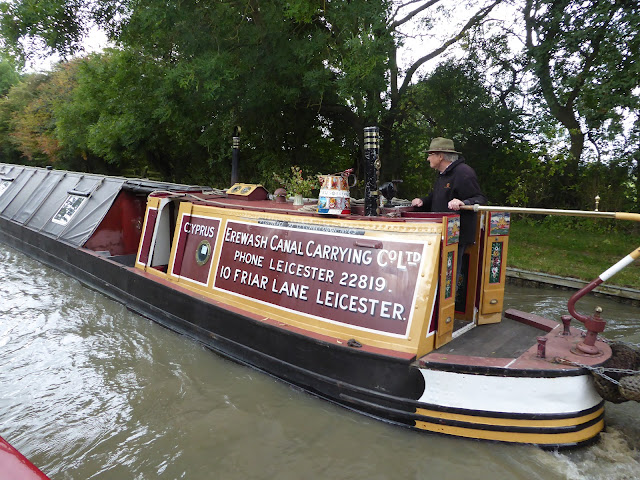 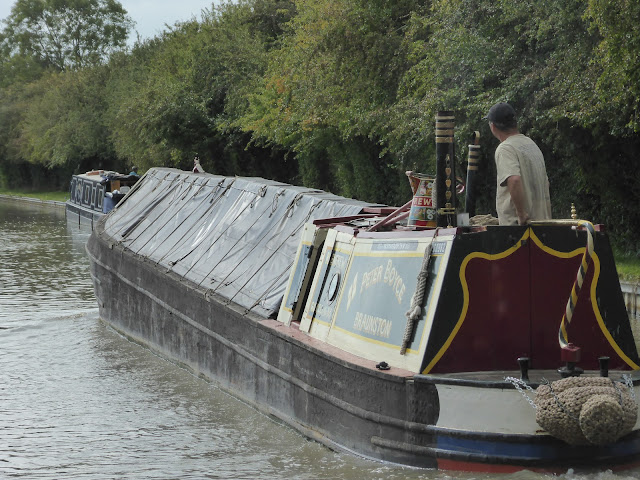 So Frequently Flyers to this blog may remember that we stop and talk to Peter every time we see him.  Peter is 86 now, is out on his boat every week in a long season only going back home to his daughter for the winter months.  He's an avid reader, plane and bird spotter... If you see him stop by and say hello. 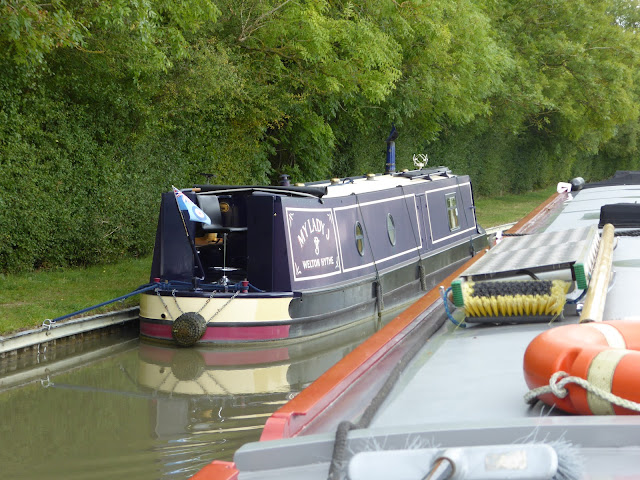 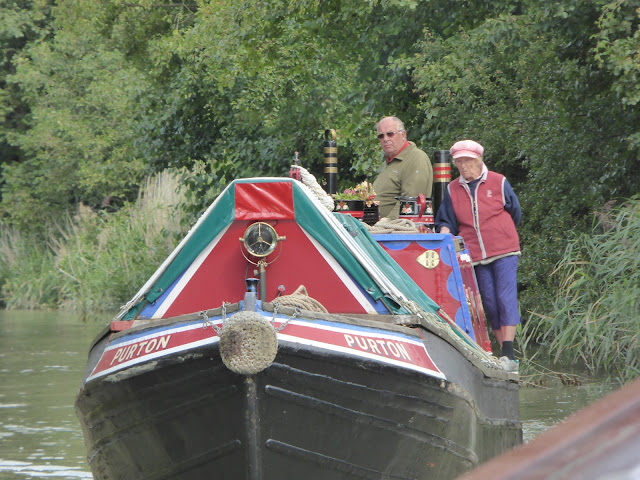 We usually stay out a few weeks longer but this year we have a job of work to do so WaL goes to bed early.  (More of the job later) But usually we see tremendous autumn colours but this year they haven't really started.  But here are the best of what I saw. 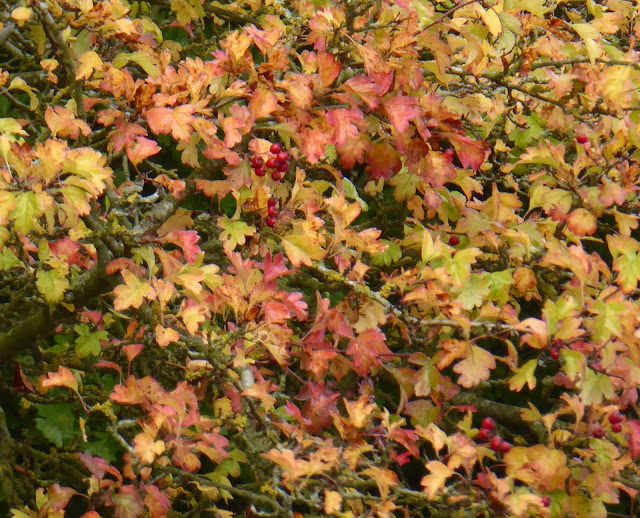 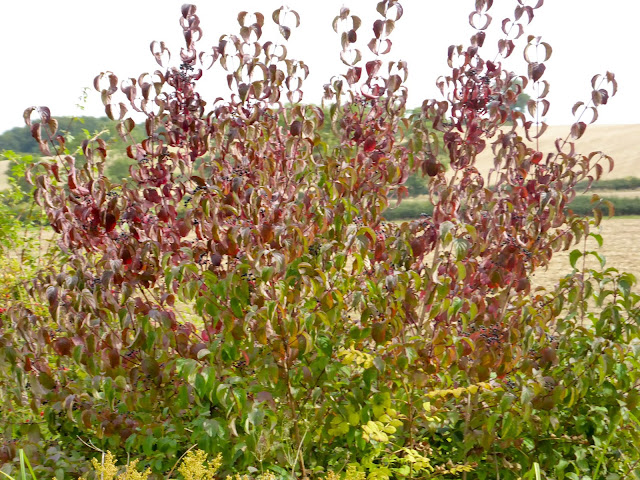 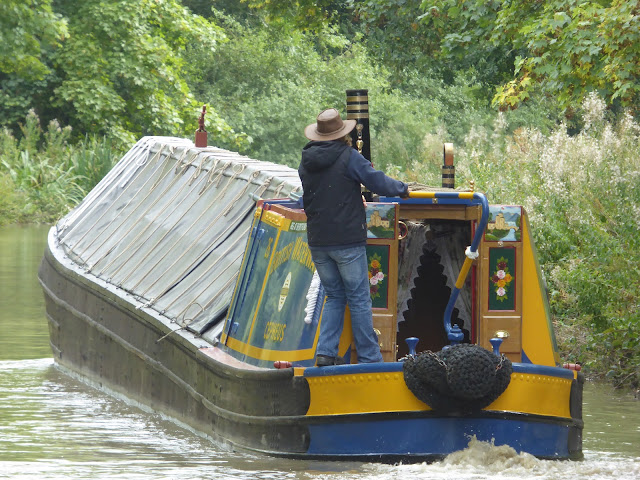 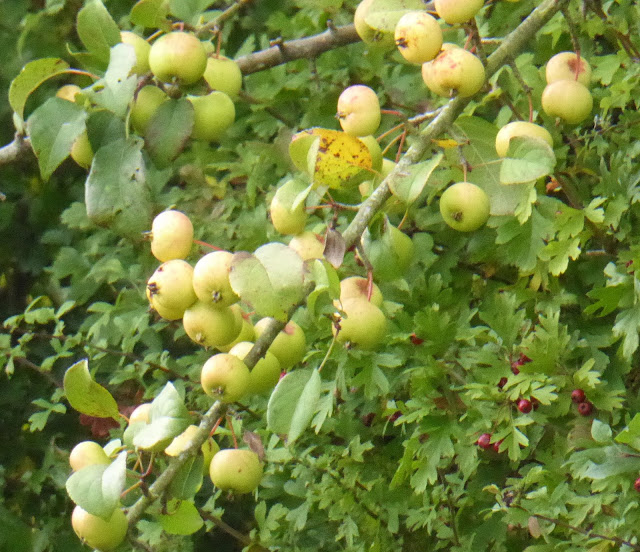 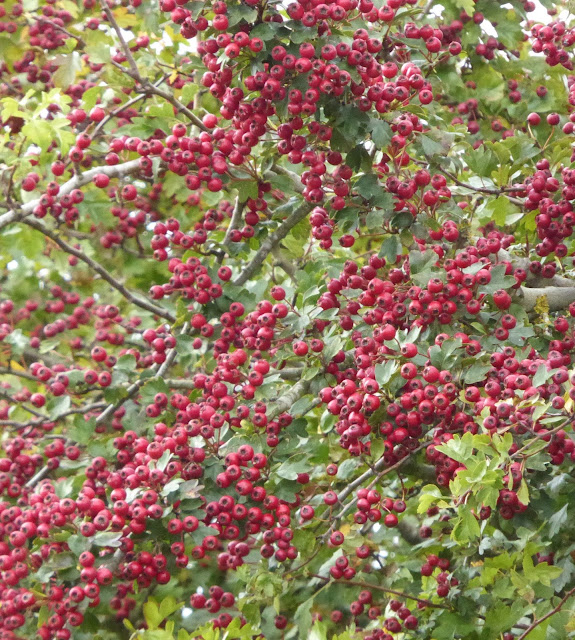 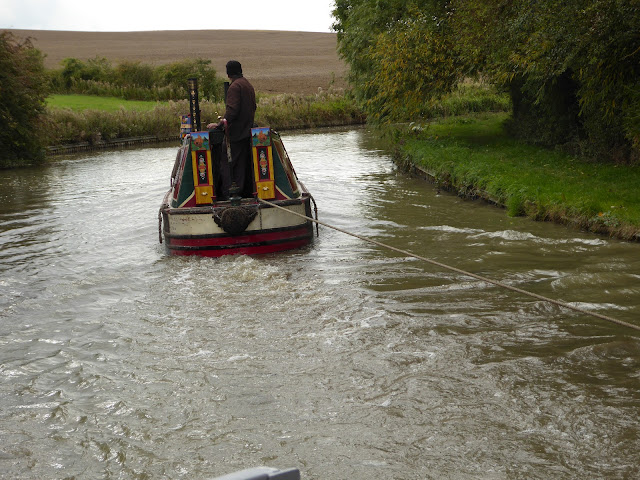 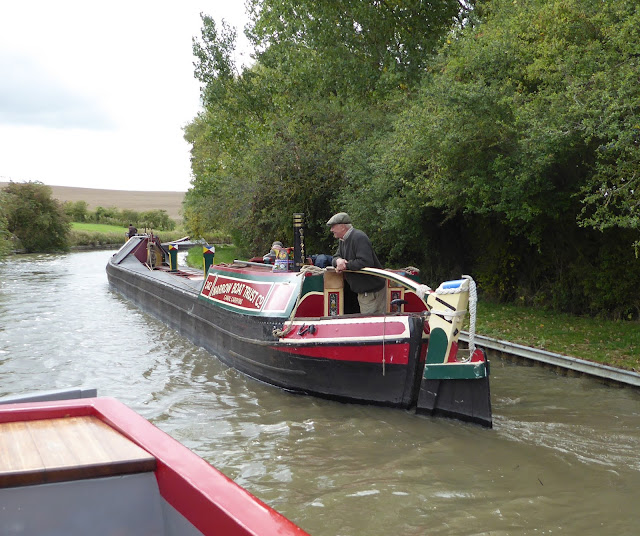 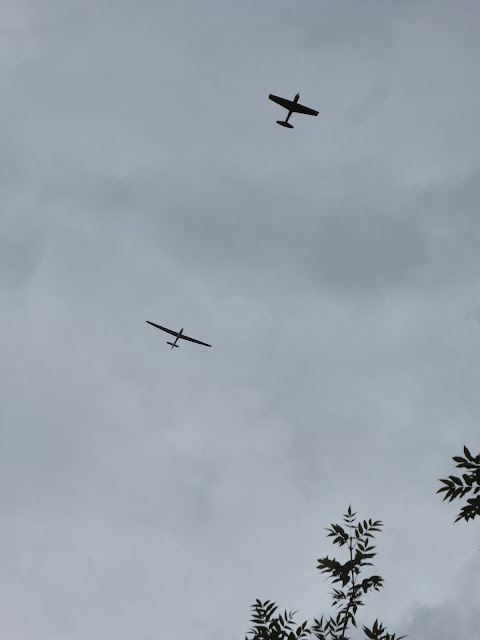 Our mooring this afternoon.

Bish Bash Bosh off to our favourite Italian restaurant Boboli in Kibworth Harcourt, a short car ride away

So the next morning bright and early we popped WaL into Debdale Marina and only two and a half hours later drove home where we have been a few days now.

So that's all for boating this year I think at the moment, but we do have a job to do.....  We arrive at a house in 48hrs time to care for two wee dogs.  I have to say I have had many thoughts on this from joy to heartbreak but we are going.

It was me that convinced David to do this way back in March. He was unsure but the day is almost here so I'll tell you all about it very soon.

Sunshine!!!  How lovely, I am very fond of sunny days.  We arrived at Watford Locks after completing the polishing.

There has been an almighty scratch down three quarters of the boat and on her last visit, Amanda retrieved a bottle of red T Cut from under the sink, The Boat Sharers had brought it sometime ago where it had remained undetected.

So I worked on the horrible scratch and oh my how well it has come up.
A medium wait at the locks of two hours in total but I used the wait to make scones.

I also chatted to Sue from NB Midnight Owl who was kind enough to say she read this blog, she gracefully declined the request of a photo. 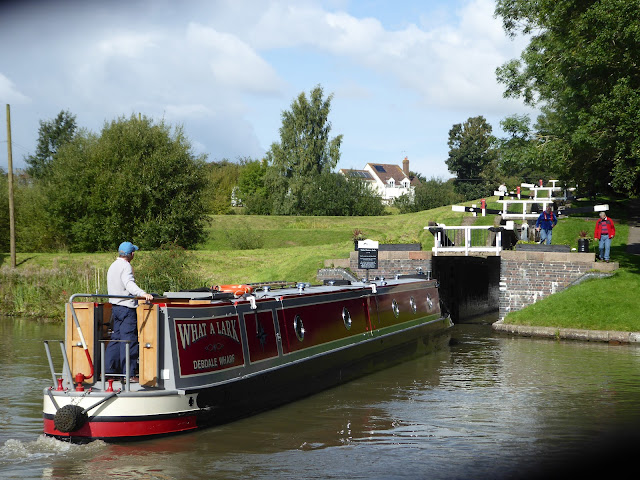 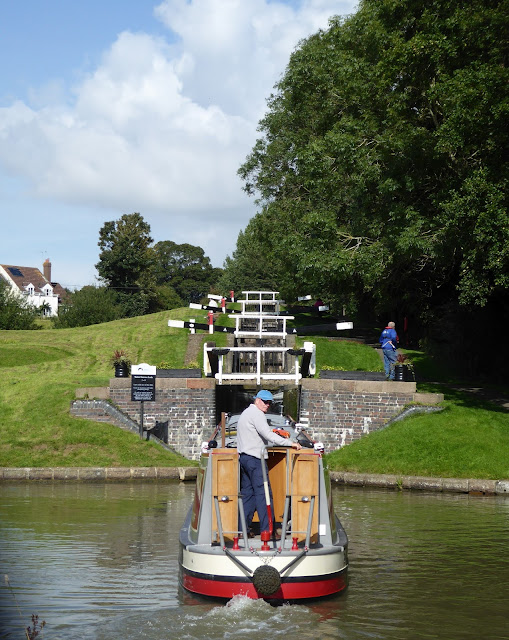 We actively discussed which mooring to take, just past the locks are wonderfully sunny all afternoon cosy slots that we have looked at several times but never stopped at, today was no exception.  Shall we?  Shan't we? You decide.  We will if you want to....
Finally we jointly said that we would enjoy the last gasps of boating in the last gasps of sunshine of this summer.

This naughty doggie had crossed over into a sheep field, I looked and looked but couldn't see a farmer or a dog walker and he didn't chase the stock, great expression on his face though. 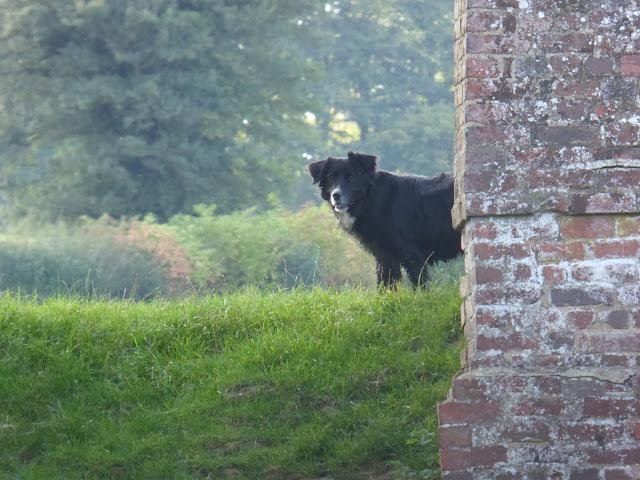 So we arrived at Crick as is our habit in late summer.  After doing the tunnel and its heavy drips of water with a white residue we stop here for a roof scrub.

I was much amused that on this lovely sunny Sunday while the cafe here was busy doing good business after a bit of an iffy summer, they saw fit to allow the land equivalent of their  poo tanks emptied alongside their customers.
What could be nicer?  It smelled too unsurprisingly.
Ice-cream anyone? 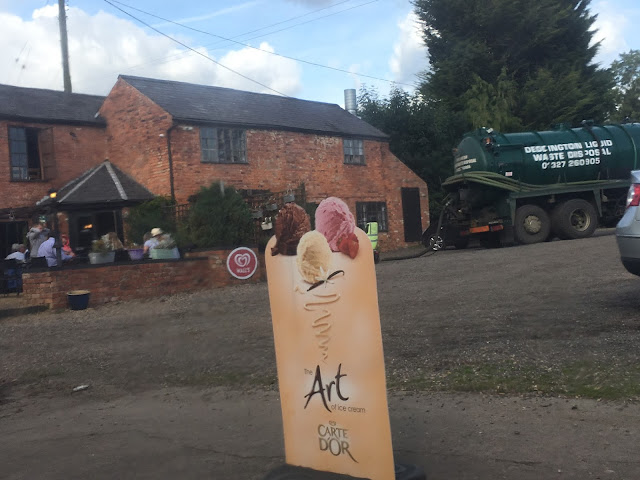 So roof finished, so we pushed on through Crick and moored up at my favourite places, Bridge 22.  Because I always want to stop here and watch the Hares who live in the field opposite, that we don't stop on those nice meadows but maybe in the spring, if its sunny when we pass by. 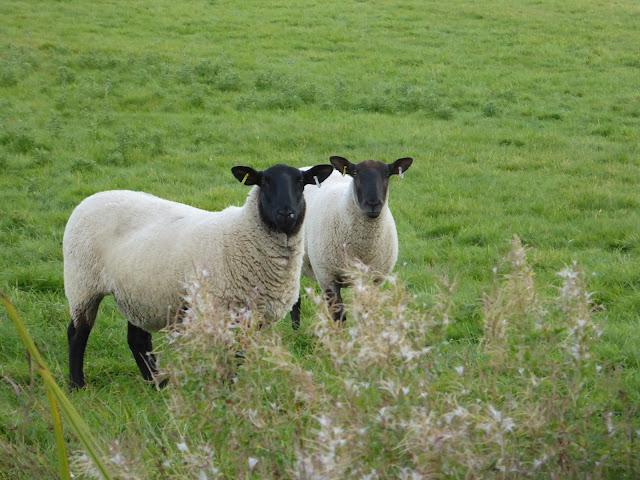 Disappointment today as the field has already been worked and the Hares have no cover...  but we did see Kingfishers yesterday.


I have to buy a smaller scone cutter, currently I am using a wine glass but it make HUGE scones.....

Supper was sausages wedges and french beans (Scones were pudding but had before supper).
Posted by Lisa at 19:35 2 comments:

Good Egg and a bit of Dazzle

By way of telepathy last night I looked at the most recent posting of George and Sue on NB Caxton last night to see they were at Hilmorton.  I text George and confessed to an early start but could we call in to see them, a very brave Yes!  after he tactfully enquired just how early.... so at about 9am we arrived and had the added joy of seeing George at the bottom lock to work us through.
George is a good egg.

* note to Carol, David had put trousers on for the first time this day, but George is made of sterner stuff.

NB Caxton has a bit of a famous blogging history if you think you recognised the name.  Built for  Joe & Lesley  HERE  boaters whom we crossed the Wash with two summers ago, then sold to Paul & Elaine   HERE   who blogged about their time before moving to a motorhome and selling Caxton to  George & Sue  HERE  so quite unusual  me thinks for one boat to have had three blogging owners concurrently.

You know what it's like when you meet up again people you haven't seen for a while   (in this case three years when we had supper all together at the same pub on the Ashby that we were in this week, thats what put  Caxton in our minds I guess)  but we nattered away and in the blink of an eye it was 11am and we said our goodbyes, we wanted to get through Braunston today and as you can see it wasn't sunny.

Walking back to WaL there was this amazing boat,  it reminded me instantly of the "Dazzle" camouflage used a century ago   HERE    I didn't see a name. 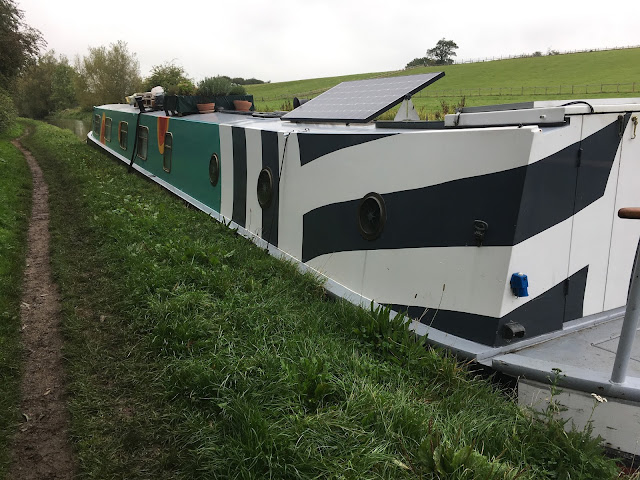 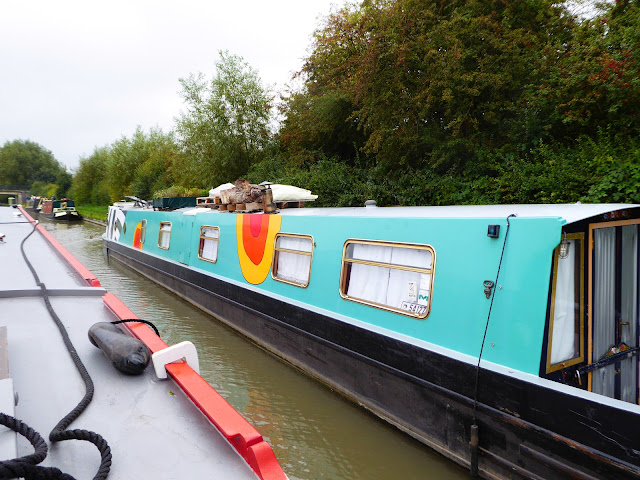 As we left and passed by, George took about 8 or 9 photos of us passing him by on his top of the range camera...  he sent them to me and I decided on this one, today I have just seen he has used exactly the same one!
Great minds I guess.

An uneventful run down to Braunston but this stretch does have some fab mooring spots...

We had a joyful run up the Braunston locks with a family with two children, they were in their Grandad's boat for the weekend and really enjoying it but the inexperienced captain was lacking confidence driving his FIL's pride & joy with the prospect of the tunnel fast approaching.... I rather think our three SIL's might be twitchy at the suggestion too!

Now I don't know if this year has been a good year for Kingfishers but here we are again spotting this pair of them Braunston side of the tunnel, about three years ago I saw one the other side if the tunnel but never again, this year we have been totally thrilled to have seen Kingfishers many times.

We did the locks in sunshine, both boat crews stripping off layers as we went.  When we exited this was the sky.  Put yer foot down man lets get it moored up before today's soaking.... 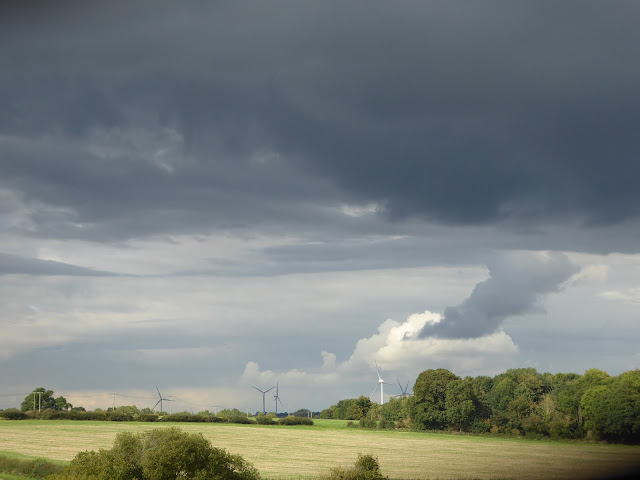 We had options in mind to moor up and get the other side of the boat polished or carry onto our favourite mooring at
bridge 22 but in the event we combined these two options of mooring up without any polishing before it hammered down with only kindles for fun.


Supper was fishcakes and salad