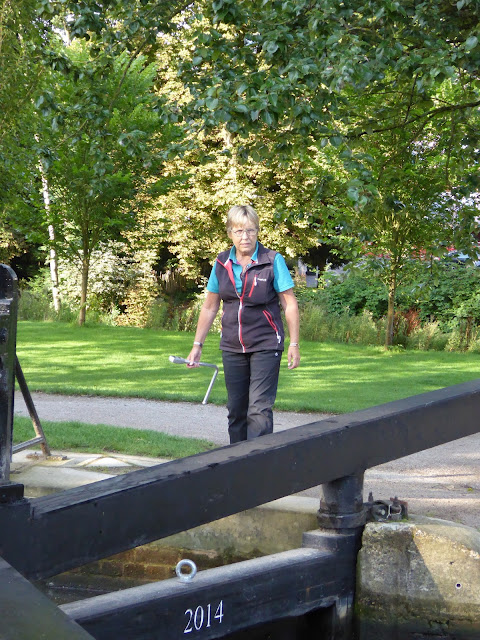 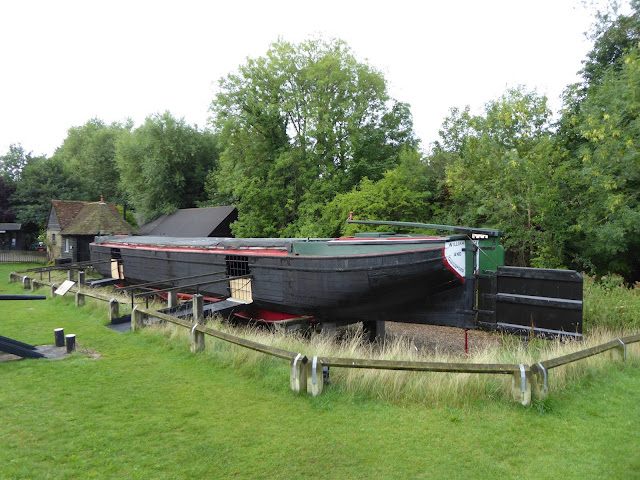 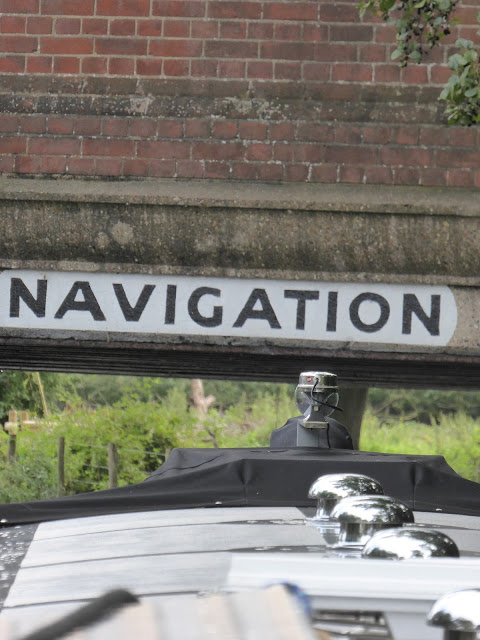 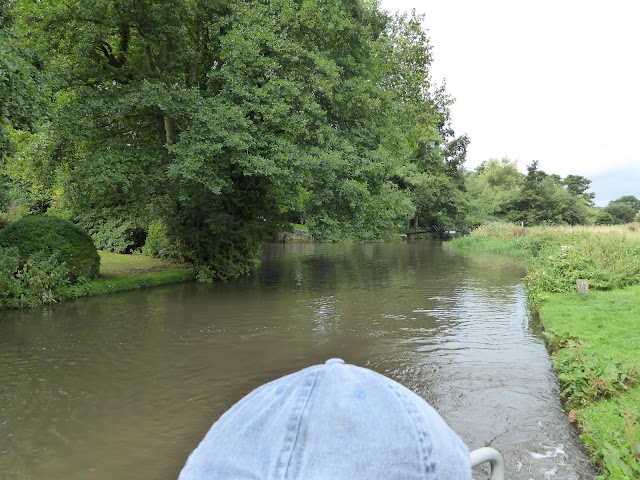 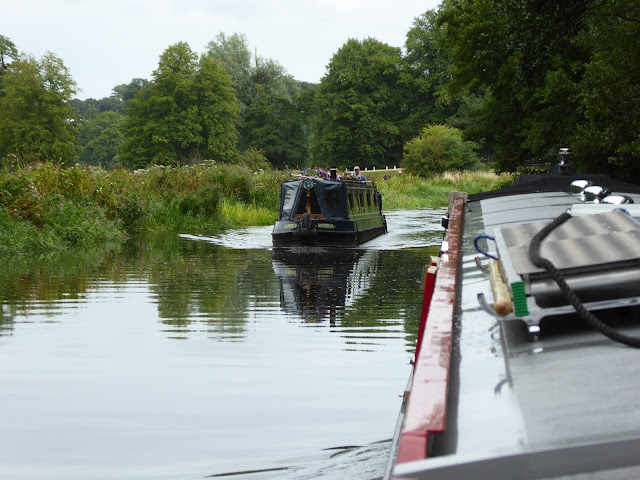 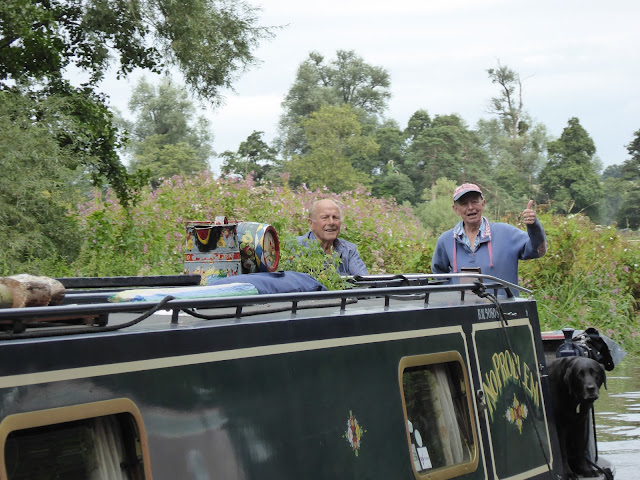 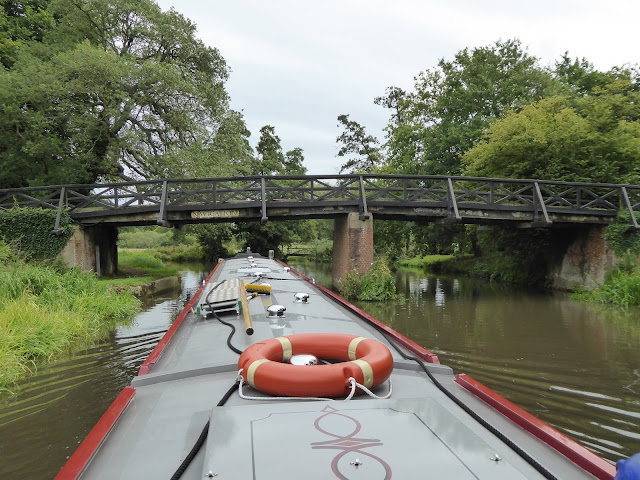 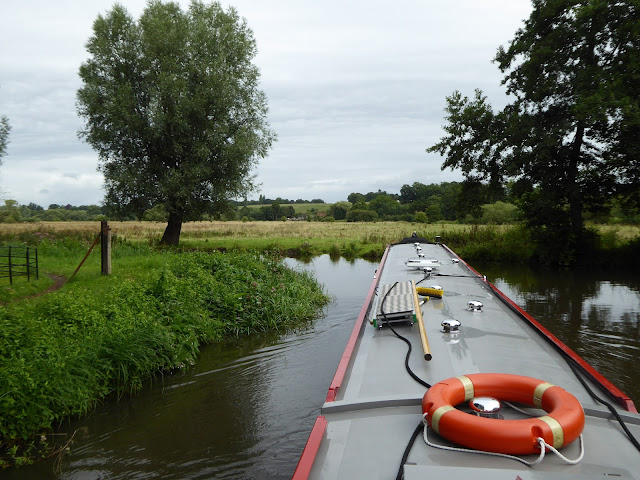 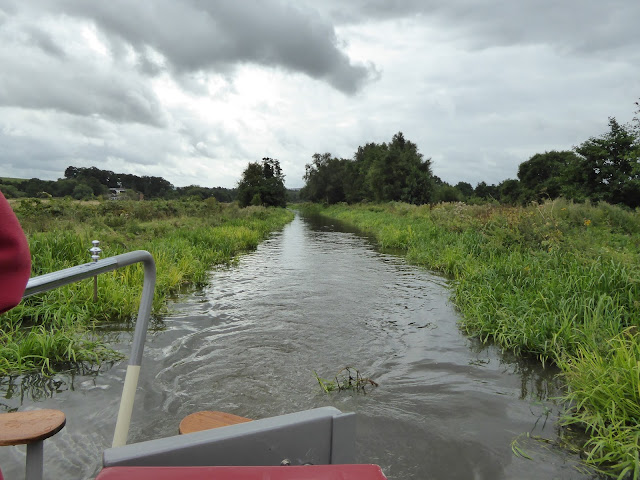 Supper was chicken with chilli, ginger and lime.
Posted by Lisa at 18:39 2 comments:

Now I am all behind like a dog's tail with this blog so this will be a bit of a précis,  When we arrived here in Guildford it was a nice surprise to meet George and Carol from
NB Still Rockin'    HERE  we were welcomed aboard by the generous couple and had a really good snoop all over their lovely boat, we opened cupboards and of course chatted about toilets, both styles as exhibited on Still Rockin' the composting loo and the cassette variety.
It is a FAB boat.

Soon it was time for SR to leave Guildford to be off of the Wey in a few days time.  Carol made me laugh in that for them to leave at 7:30am in the morning she has to get woken at 5:30am to be ready in time, the order of events is flexible but involves tea in bed, shower, dog duties, breakfast and I am not sure what else....  I said I would operate the first lock for them.  This was my signal below;

When they past us by I got up, in four minutes I was out and running to catch these photos.
The Yars were casting off to go and jump on their vacated mooring which was a cracker on the meadows for the dogs it was a wonderful setting for them all.

I wasn't convinced that this wide beam would fit in the locks but it did, we had had a ton of rain and the river was up a bit and Molly had to keep her head down in her favoured seat on the captain's bridge later on at a very low bridge. 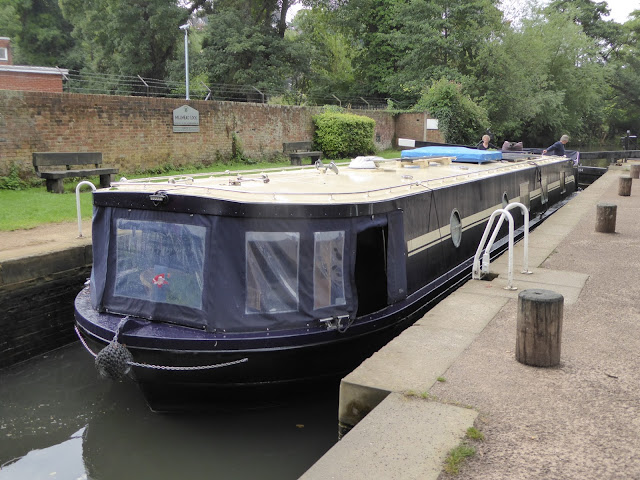 When we started this boating malarky  our youngest daughter brought us a copy of the Lonely Planet for England.  Since our trip to NZ last winter when David carried it with him for two months he now reads the England one it at each new place we visit.
The only entry for Surrey is a town called Farnham, about 11 miles away.  We set off.

This was part of the cycle route.... 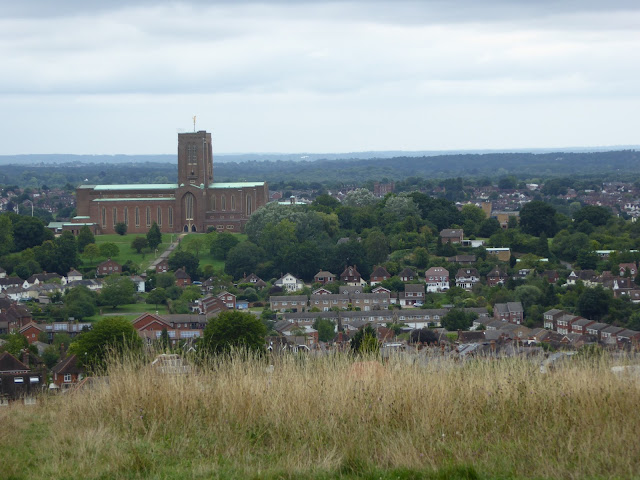 But oh my what a view, once I had recovered the power of speech... 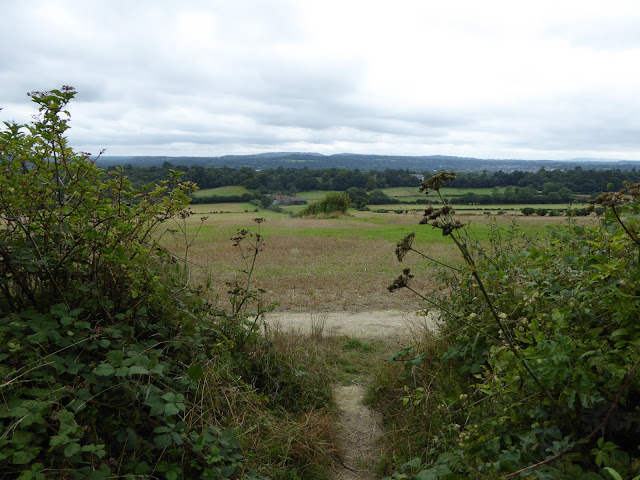 Then we descended which wasn't that good news as later there was a hefty pull up again.

Then through a golf course over an extremely rough track, then another long graduated hill, alongside a river and finally into Farnham.  Its a lovely preserved Georgian town however the traffic is ghastly.  We fled to Bill's for afternoon tea and David ever sensitive to my moods...... suggested the bus back.

Farnham is attractive but frankly I wished I had stayed in Guildford shopping, fabulous shops in Guildford ladies. 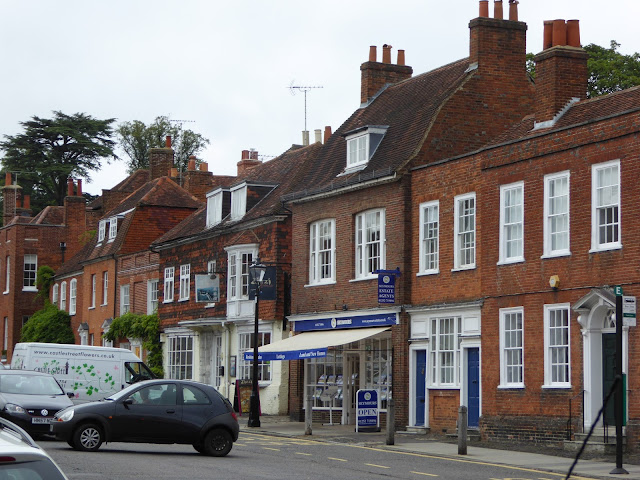 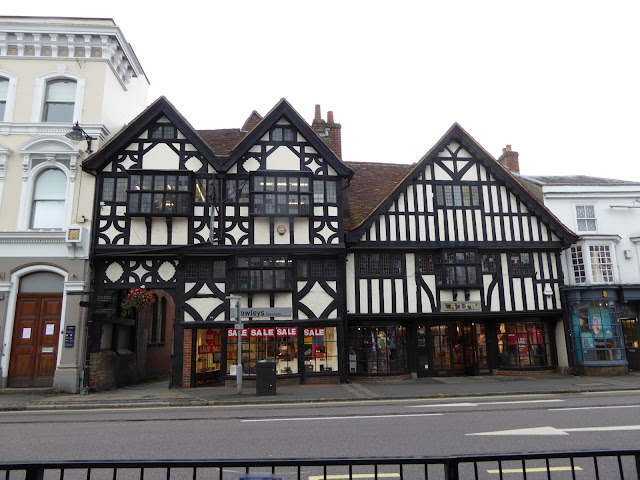 Supper was chicken salad with tarragon  and raspberry dressing.
Posted by Lisa at 17:36 No comments: 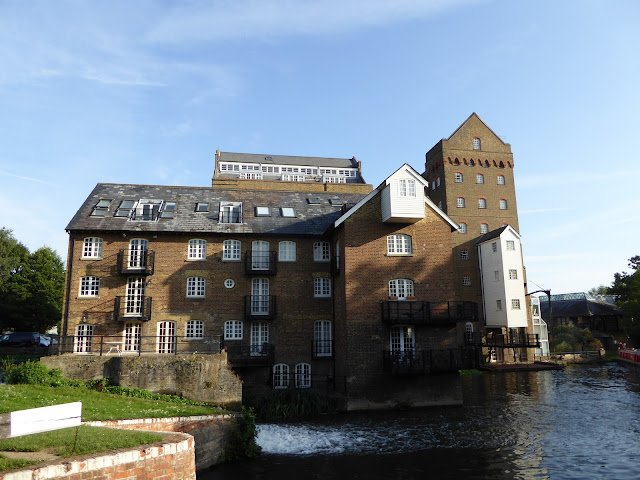 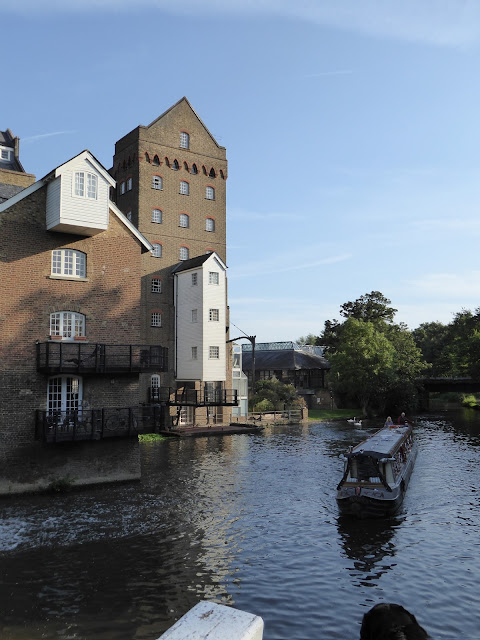 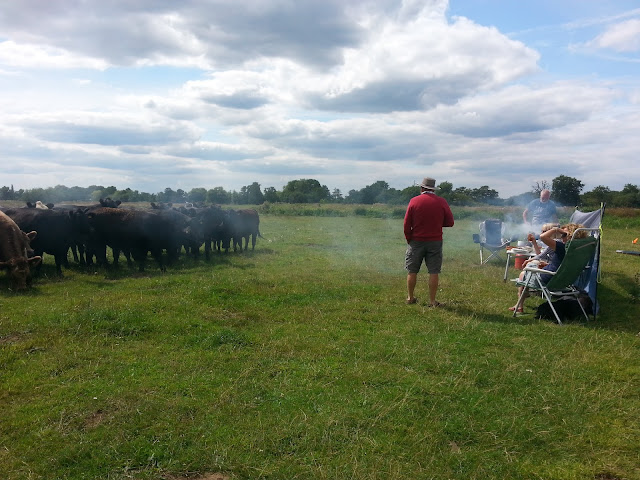 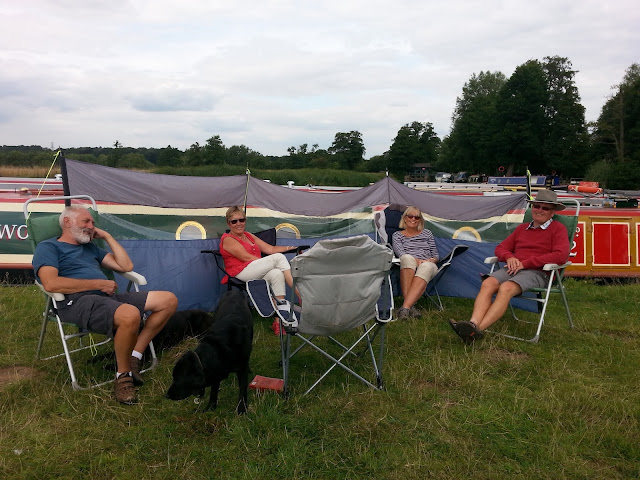 The next day we had a day off, that is to say Amanda cycled off down the entire length of the Basingstoke Canal!  I didn't. I went on bikes with David the other direction back to the Thames and back down to Hampton Court to have a closer look at the gardens.  Joe went to Brooklands Park Museum to play with planes, he even sat in Concorde.

The Kitchen Garden was tremendous, there was a little bit of signage but not nearly enough explaining what they were aiming to do here, there were plenty of people looking but questions remained unanswered. 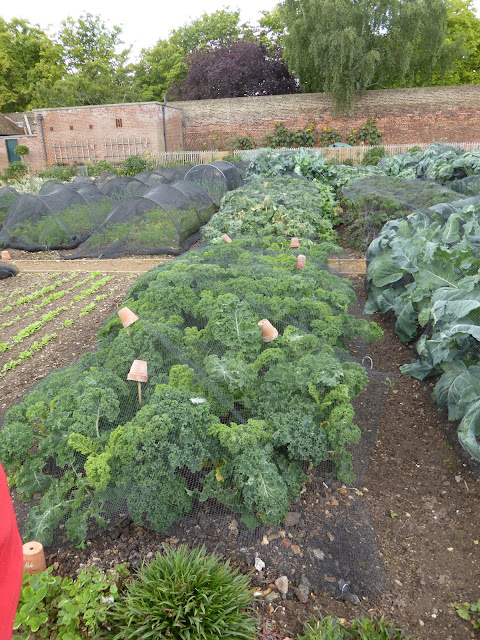 On the way back, (That is after having coffee and cakes sat in deck chairs in the gardens)  on the way back we watched this with quite a crowd, 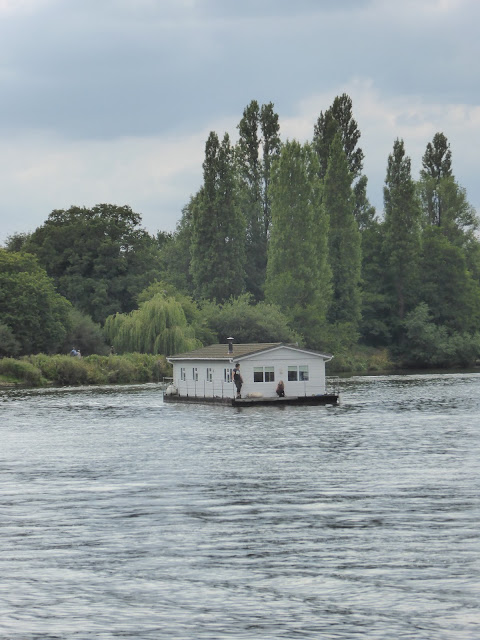 As it came into view, or rather made a turn on the river it became clear that it was being pushed from one side by a wee tug and it had a person on each corner with a walkie talkie, they sailed on by.

We were to have had a Barbie Queue, but where we were wasn't really wide enough and the sky was blackening, so we had a huge omelette, due to my lack of turning over skills it was a 'Scrambled Omlette', for dessert we had blackberry and apple, I think we'll be having that for a while.
Not long after it poured with rain.

PS  Amanda cycled the 32 miles to HAMPSHIRE!!!!  But when she arrived there with the intension of getting a train back she had just missed it.  She phoned her nearby living son who collected her, fed her and delivered her back to us...