This is a long post, sorry, sit down with a cup of tea before starting this one.

Early nights all around last night as we were all up and underway at 06:30 this morning.   Both boats had to unwedge themselves from the shallows, that did explain why these two spaces were available.... anyway, off we went, well we did without a backward glance so didn't see Lesley struggling with a pole at first, she managed just as we were reversing back to help.  She is a lot stronger than her wee frame would suggest.

Both boats wanted water and we had three opportunities to fill on the way down to Brentford.   The first one has been withdrawn from service although on both of our maps.  Onwards again, the second was occupied and the third was here;

Can't see it? No I am not surprised, nor could we, only a passing lady walking her dog from these Long Term moorings explained to us, so the green boat is moored on the lock landing which is very anti-social me thinks, the water point is behind it, the other side of that Portaloo.  So I would say that is almost inaccessible and certainly invisible.

To add to the good humours of the morning the flight was locked, no signs or information explaining, so a quick call to CART to talk to Linda, who asked if it was an emergency, so not really, is it really urgent? I think the two questions were really the same question, Linda said she would pass the message onto the London desk for their arrival.  I thought we should settle in for a few days.

Two years ago, a CART chappie was here putting a couple of locks full of water down to help the lower locks and we chatted, he explained that this old BW yard had been sold for development, so today all traces have been removed and the modern housing is there, but not all sold yet and there is a caretaker, a very nice man was there watching us and watering the garden shrubs, he had a caravan on the site and very very kindly allowed us to fill up with his hose through the garden railings. Thank you sir.

Coffee and breakfast was had, then Gareth arrived.  An ever so cute and friendly CART operative with the keys to unlock the huge locks, these are kept locked overnight I can inform you because of vandals and the water shortage.

So action stations, and away again.  The three of us crewing made it a bit of a breeze, Lesley went on ahead prepping the locks and Amanda and I yelled for a tupperware as the bushes were LADEN with blackberries here, we picked and picked as fast as we could leaving David and Joe down in the locks out of sight  hooting for attention.  It was reminiscent of putting the yelling baby in the pram at the bottom of the garden while you hoover the lounge. 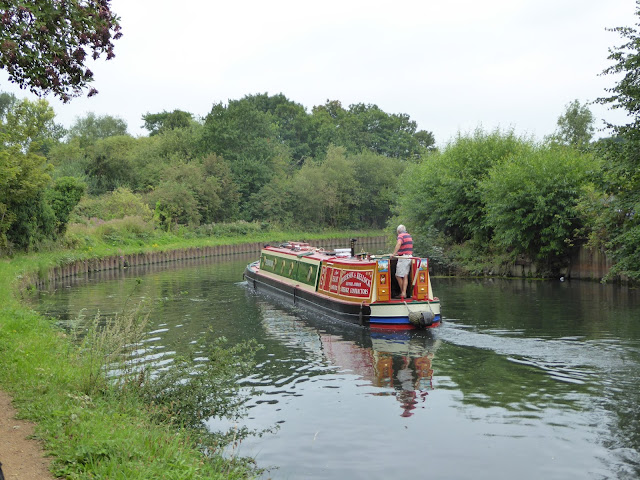 After a wait of about 90 mins on the brick wall which is the waiting place at Brentford Lock for boats such as ours waiting for the tide during which time there was unremitting heavy rain, it was time to enter the lock.  We were next to a sweet Dutch couple who were pretty nervous about the trip and had been delighted to see us two boats rock up with them.  The Yars were in the second lock.  We were going first as we were the most experienced and knowledgable about the Thames...
I tell you Reader times is bad when we are the best there is!


So if there is anyone out there shortly to be doing this trip in reverse, then an hour out of Teddington Lock heading east and  this is pretty much your only clue of when to turn off the tidal river, look carefully for the silver bendy modern art work on the arm of the turn, and the tiny CART sign if you can see it. 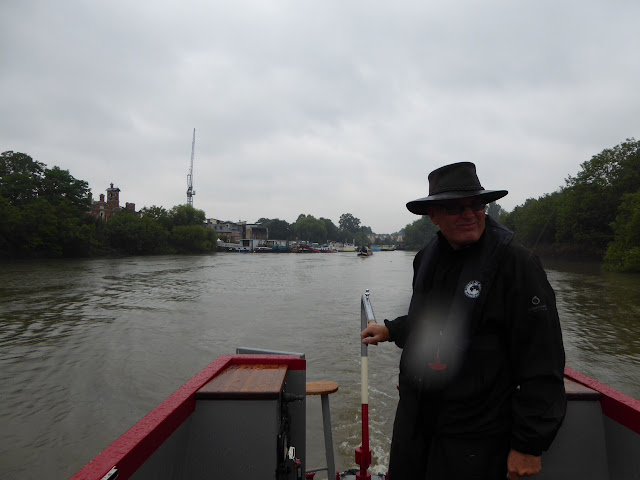 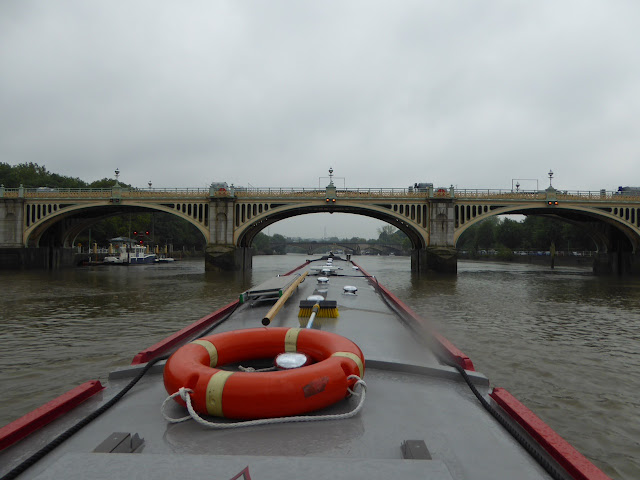 We landed at Teddington with no problems, moored up and waited for the rain to stop.  It actually did and we went out biking later on to Richmond Park, where the deer come from. 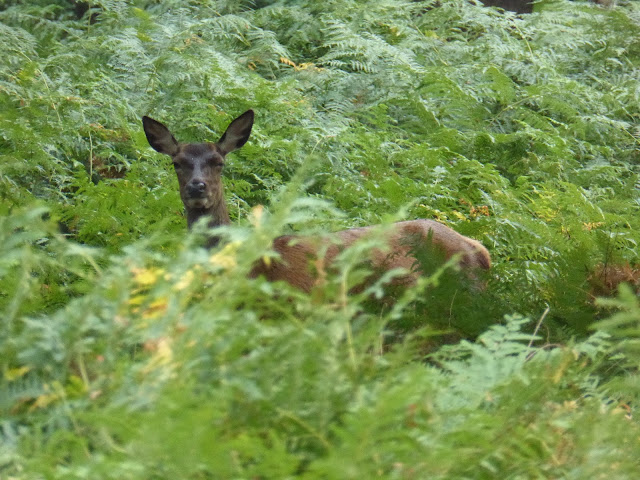 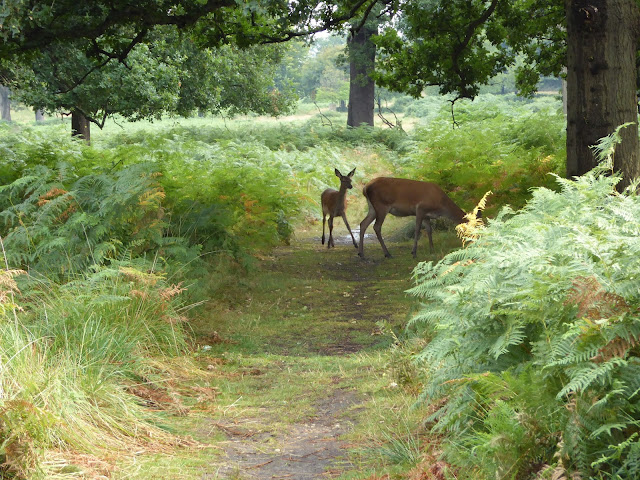 We finished on a pretty good note, Champagne to celebrate a good day,  but Joe wanted a pink gin instead. 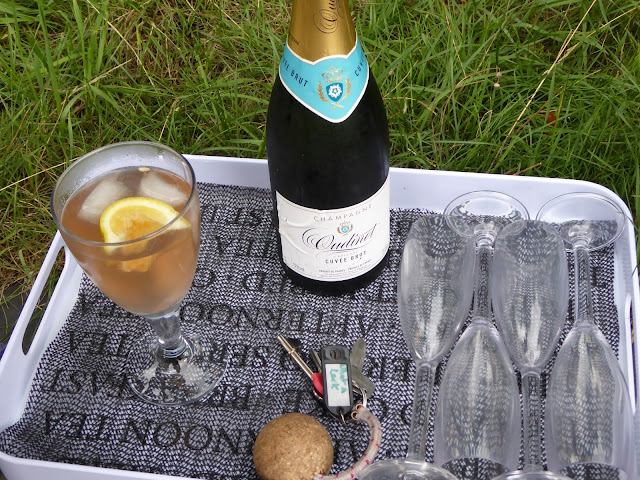 She joined us, this is Ellie, she is seven years old and has been clipped!!!!!  She is a Newfoundland and very drooly, which was fine for us as in the past we owned a St Bernard, but truly HORRIFIED  Amanda. 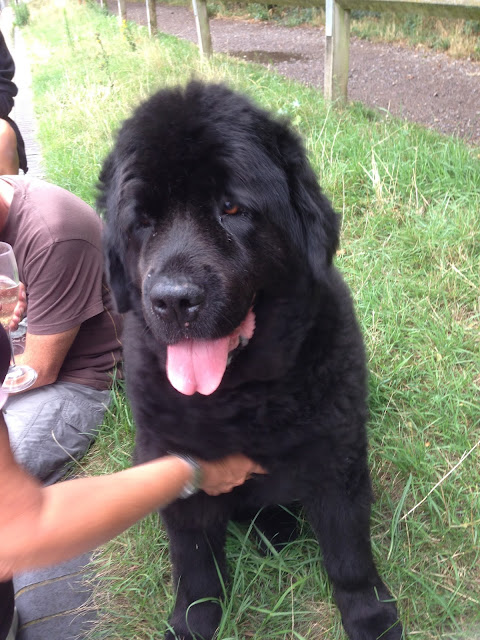