I forgot to add this photo last time, Amanda took it from the bridge here at twilight with the river oh so calm. 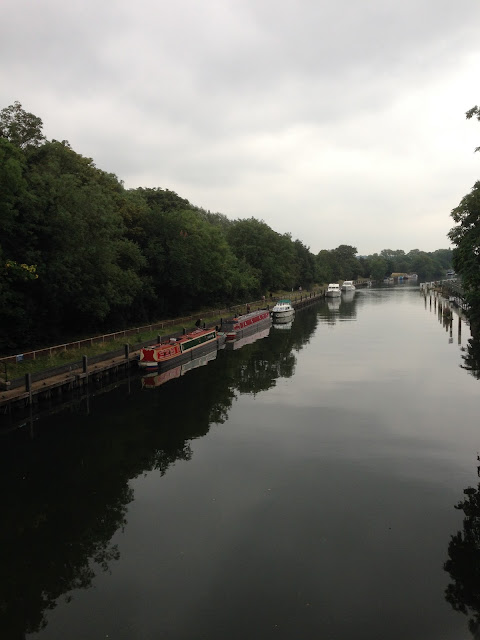 This is the view behind back to the lock, there are two locks here, one on and one in the wash sort of thing. 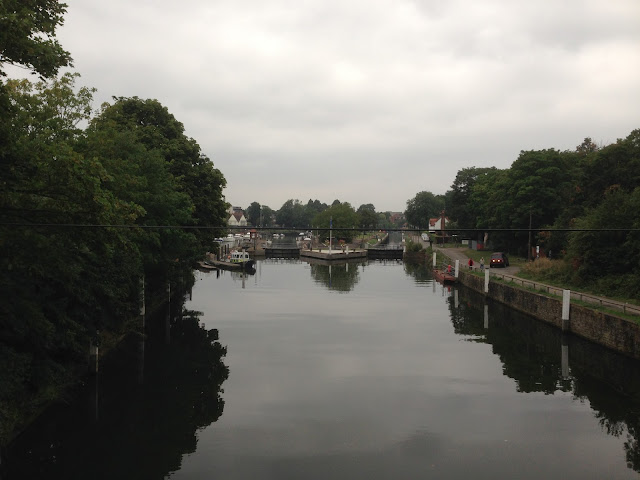 I took this shot out of the side hatch this morning, you could almost see the mist gently rising from the river. 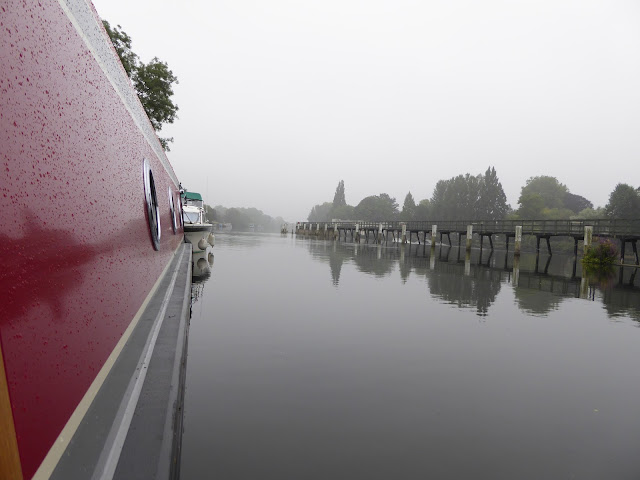 An excursion was planned.  Joe went to 'Screwfix', but us Girlies, and David had other plans, we went to Ham House on our bikes just along the Thames Path.

It didn't work out to visit the main house due to time restrictions, we had to vacate our mooring by 1pm or thereabouts, but you can do a garden and the kitchen visit which we did.  There was a most informative guide there, who explained lots of things to us.  For £4.50 it was well worth it.  We also had coffee and cake, Lesley had rhubarb and blackcurrant cake which was divine and I shall have a go at making this week. 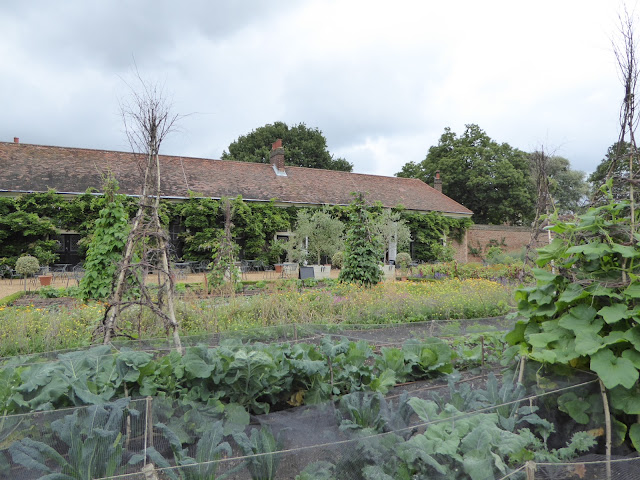 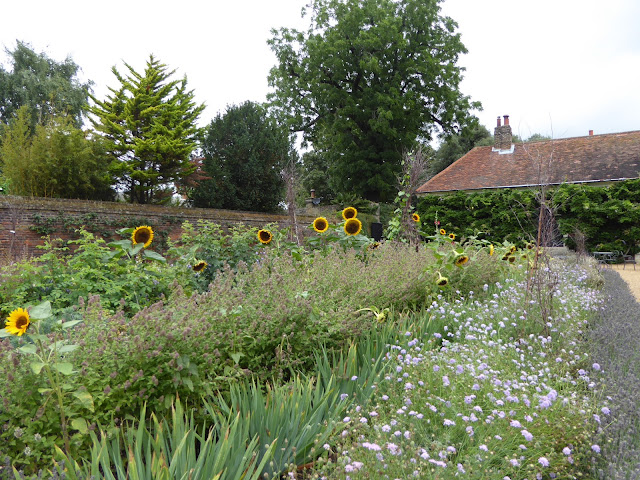 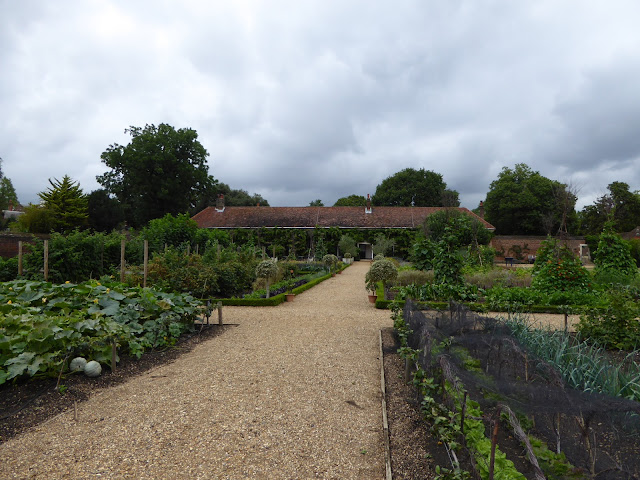 The Kitchen Garden was great.  Many really old varieties are grown here alongside modern types.  We chatted to the one of the Gardeners who was also very interesting.  A past owner here had a real interest in growing herbs and plants for medicinal purposes in Tudor times and this is still done today, with pots of the seeds and fruits to handle in the Still Room.

Back at the boat, life jackets on  and off we set towards Hampton Court, it was late in the day but worth a punt to see if we could get in. 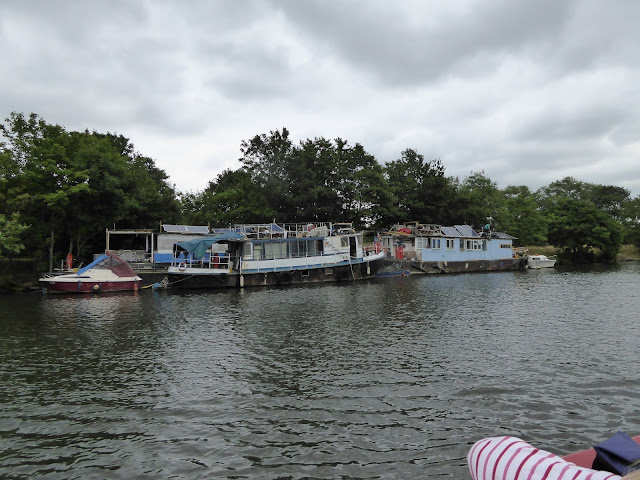 Now its probably not true, but David was told by another boater here at Teddington that this collection of craft moored just after the lock landings house a number of DHSS claimants, the owner of the "Craft" is making £190,000 a year, (don't know if that's gross or net), and that neither the EA or the local council are not or don't have the power or don't have the political will to move them on.  It was quite a set up, sola panels and water collection going on, some of it looking like it were made of cigarette boxes.  Bet the "Posh" houses gazing at them enjoy the view....

These boats were moored up opposite John Lewis to me they look like huge pairs of Crocks shoes.  I think they are as ugly as sin however I suppose someone likes them...

We had a fairly uneventful run along, there were spaces at Kingston Bridge on the public moorings and these were earmarked for us to return to should there not be any spaces at HC, it took a wee while to do the largish loop with the sky darkening all the while then Bingo as it started to rain there was a space, Yarwood pulled into it and we breasted alongside them.  We are a very neat and tidy pair.

The rain stayed and so did we too inside.

We had spotted NB Tranquil Haze moored up a few boats down, a boat we had met one a year each year since we were launched in July 2012.   Caroline and Ray came aboard for "Dwinks" and as with lots of Boaters we chatted for four hours.  They were on the way downriver through Teddington and into Brentford in a few days time, on their way into Paddington.