A runaway and another virgin

Another early start this morning as we had an appointment to keep.
Now this pub below;
Is the name an amusing play on words or a spelling error? 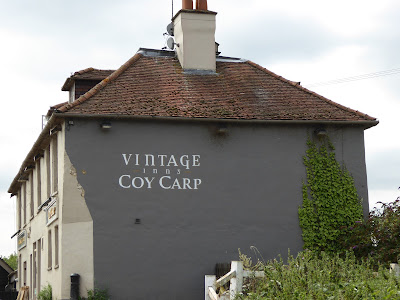 Passing this property for sale we played a guessing game on the price, it has a B&B business and three acres.  I guessed the nearest, so it you fancy lock side living in a very historic building beautifully developed look    HERE. 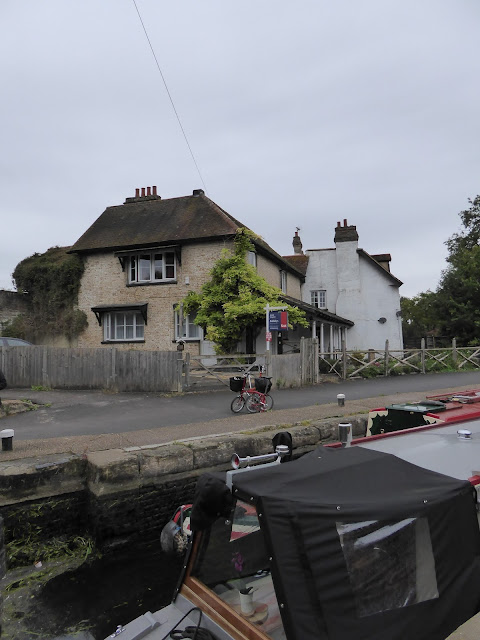 A passing cyclist told Joe here that there was a boat across the canal, there was no sign of it so we thought it had been felt with already, Joe walked forward to have a careful look but nothing.

On our only previous visit here we had been told to go to this cafe, there were still a notice up but no actual sign of evidence of a cafe cups menu or the like, but a much expanded boatyard here, behind the "Cafe" was a garden filled with wood, gas bottles, vans and other boat associated bits plus a large barky dog. 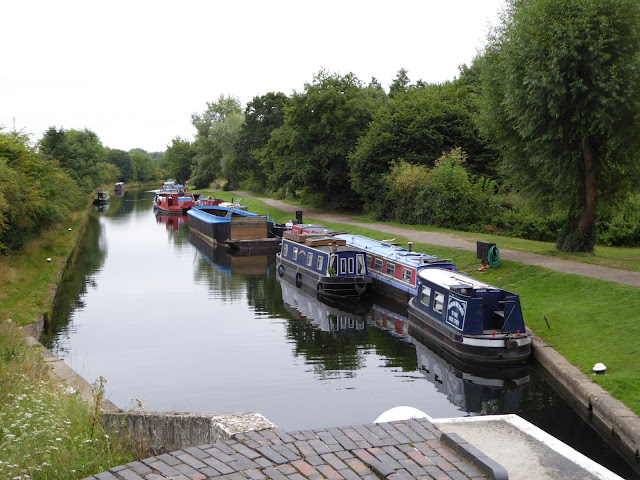 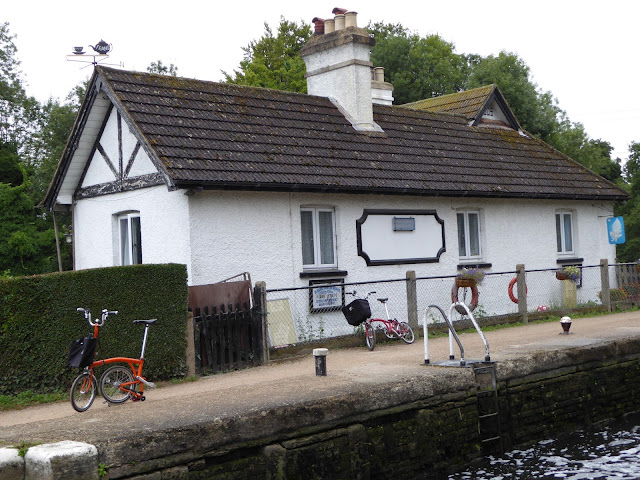 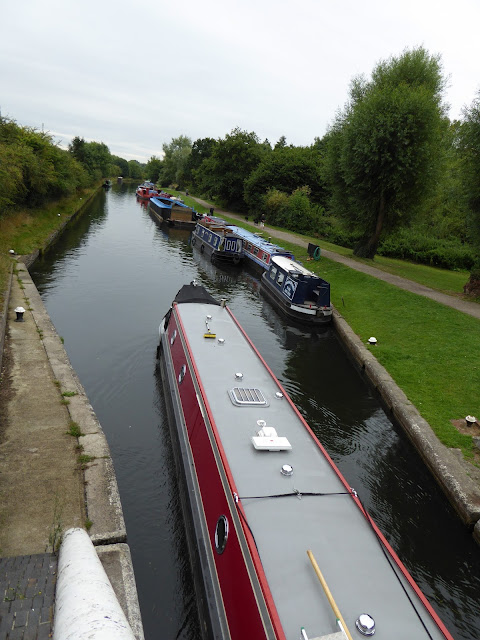 David crept out first and went along, I was on a bike, Lesley was walking with the boys, and yes we found the boat adrift, across the canal somewhat wedged with the bank on one side and a tree the other making it out of reach for us to board.  This passing chap on the non tow path side was going out for a run and got on the back. 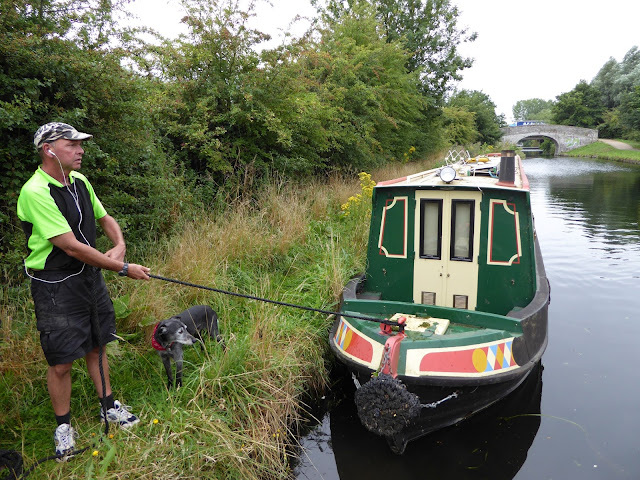 David picked me up on our pointy end and reversed with their front rope attached to us, then he took a phone call conveniently (Remember Reader he is only "Semi" retired).... 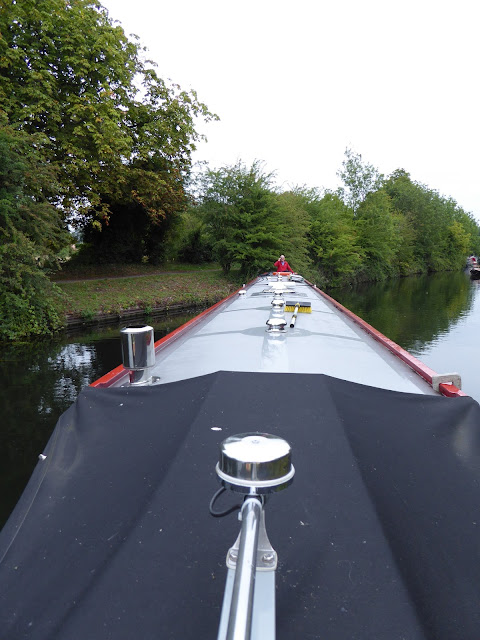 This meant that I was now stuck on the boat again, Lesley took to the bike again for me and they went to the next lock which was some way while I was tea lady. 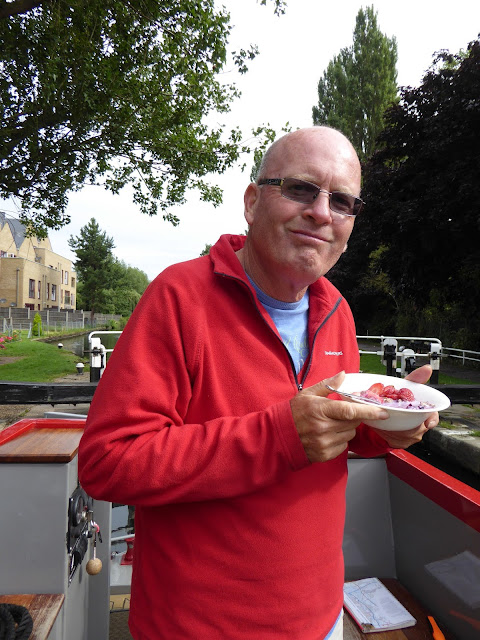 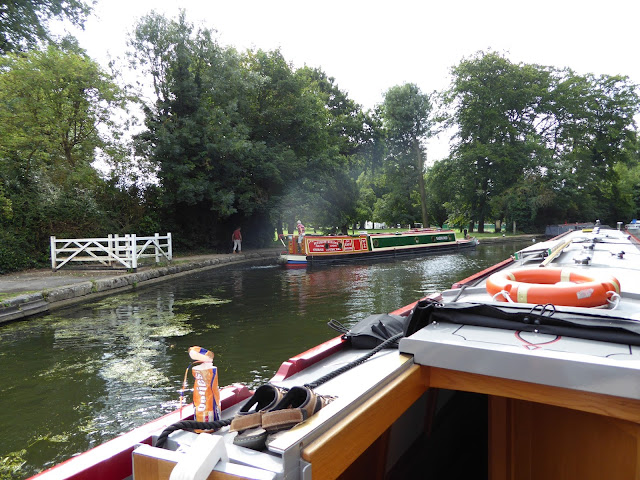 A bit of a Kerfuffle here, so I was going to walk, then Amanda was going to ride, then I said I would ride too, then Lesley said she would put the dogs onboard then Amanda thought there would be a better view of houses and boats from WaL, then finally we all got on, two bikes, two dogs and three women, Joe had to cross over our pathway to get the dogs from the tow path etc etc

Oh how the men laughed as the ladies changed their minds seven times....

Now for anyone who hasn't been down this southern end of the Grand Union Canal, (My Reader in Russia for instance) as you approach one of the most desirable cities in the world and one of the most expensive cities in the world to live in there are all manner of house boats, narrowboats, cruisers, boats with cars stuck on them (See yesterdays post)  that people choose to live in, here are a few examples; 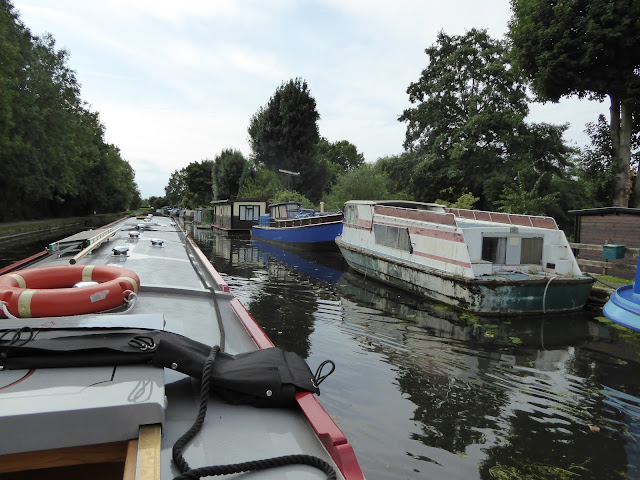 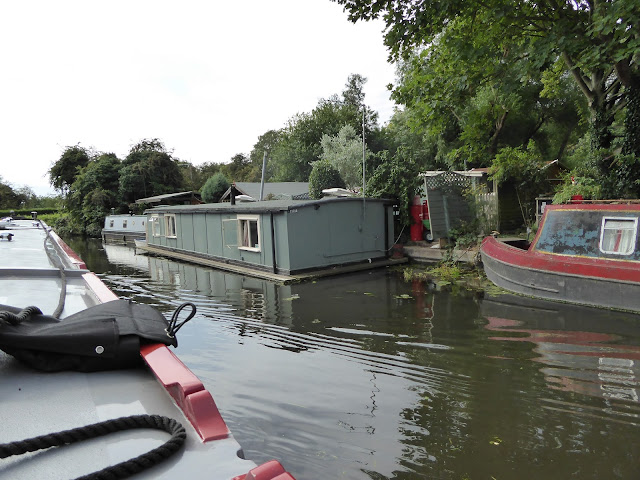 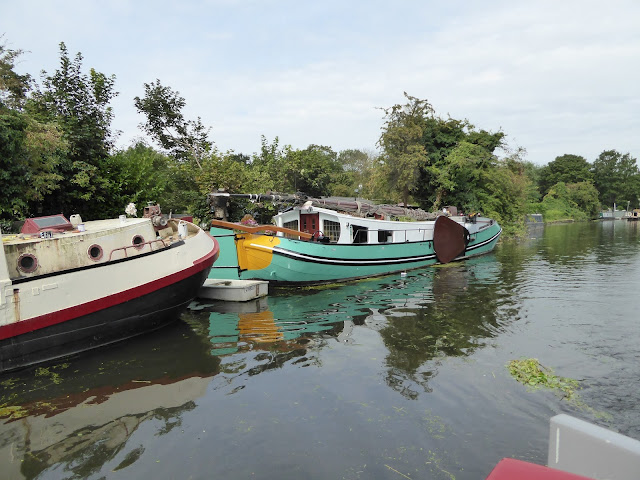 We were going to continue a bit further but here was a long straight bit and with some choice arm waving and signalling we reversed and landed.  Shallow here, which might be the reason that there were spaces, but we got in, just, then used the ladder for the second time, well new life really as we replaced it after loosing our virgin ladder when crossing the Wash, so here we actually used our virgin ladder again, second time since the boat was born in 2012.
This time we were clever and used that funny short loop of rope at one end around the Dolly. 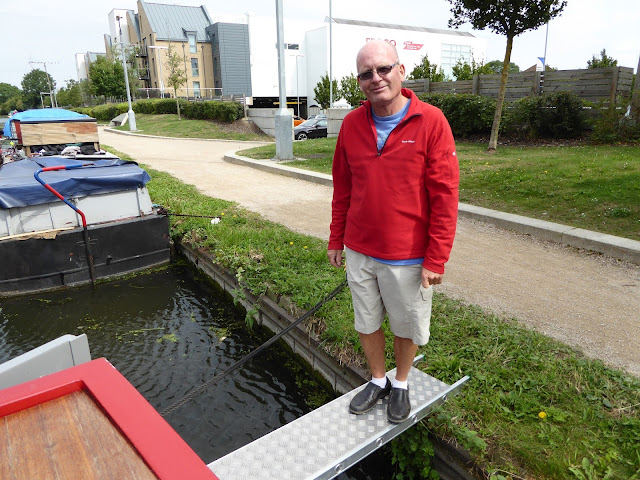 Supper was chorizo and courgettes with pasta and
mascarpone.  Delish.