Lovely guests and the Caldon Canal.

So on the Friday night the lovely guests arrived. So a wet and drizzly start to the weekend which began by filling up with water at the junction. Where this brilliant man presides. 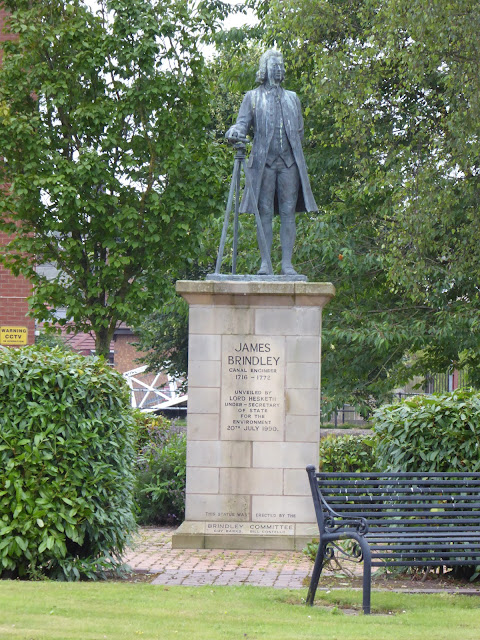 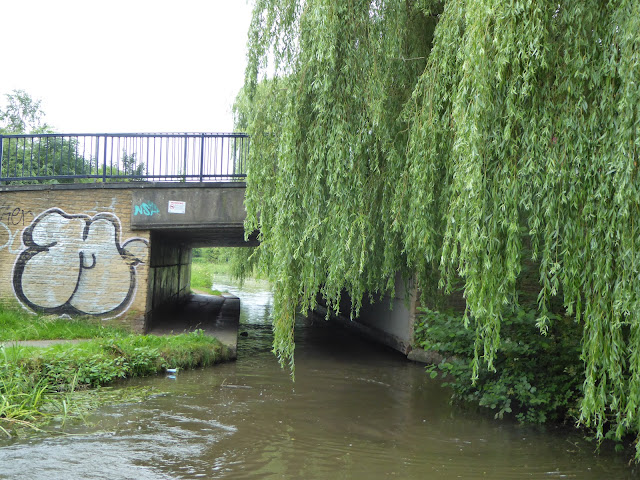 This was the view as we left this bridge, as we entered it we were both panicky as the visibility was zero of oncoming boats this thick willow was spilling over the bridge both ends. 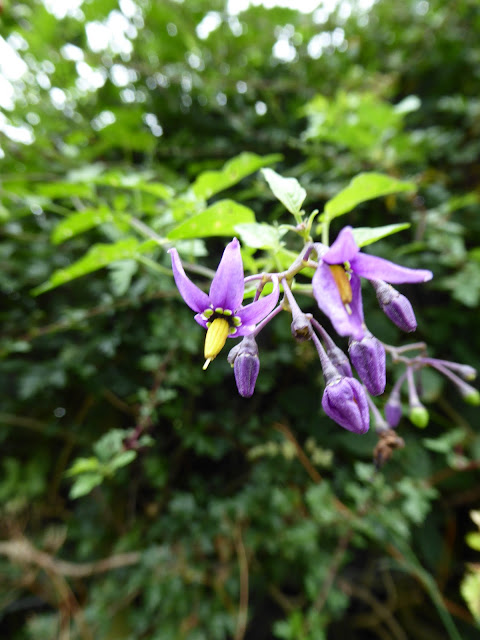 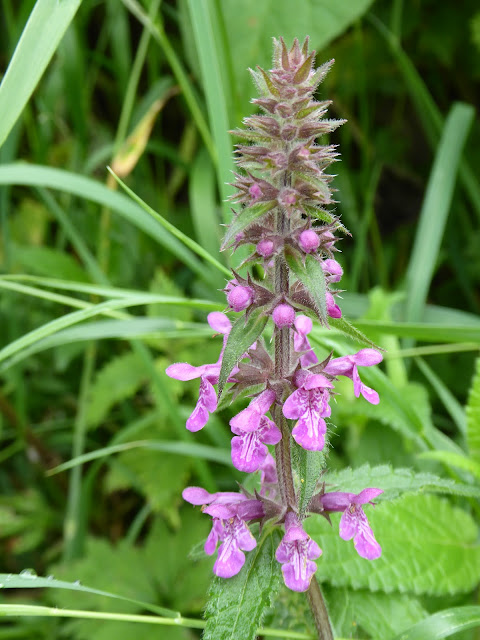 But a few locks along was this lovely art installation.... 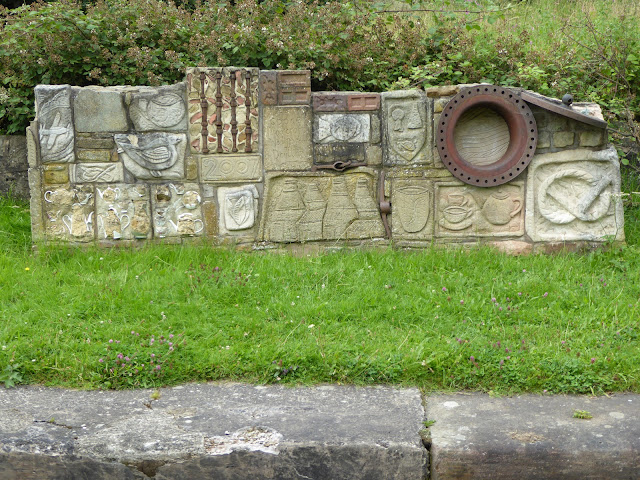 We moored up at the very first chance to get a southeast facing mooring open enough to receive TV signal and watch the Ladies Wimbledon Final.

After the disappointing match for my hero Venus lost, we carried on in the afternoon to moor at the Holly Bush Pub at Dernford.

The next morning the idea was to carry on and finding another spot to watch the mens finals. After a couple of hours the tennis lovers realised that with the deep valley and tall trees this was going to be impossible, so at midday we turned back and we moored at the Holly Bush again where TV reception was assured.  But we passed by the  Cheddleton Mill

David and I stopped for a visit another day where we learnt that a mill had been on the site since the mid 1200's but in the late 18th century it was converted to grind flints, these flints were collected from southern England where we still have a lot of them lying around and there are photos in the mill of French peasants collecting flints on the beaches of northern France.  These were shipped in by canal, ground down in the mill and then shipped out to the factories of Stoke for use in china.
There is also a photo of the last miller taken in 1903, his daughter aged 90 plus still lives in the cottage with the red painted windows! Its all run by volunteers and donations. 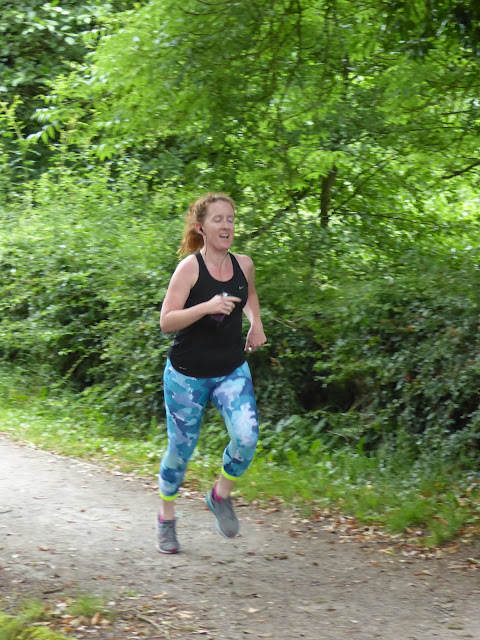 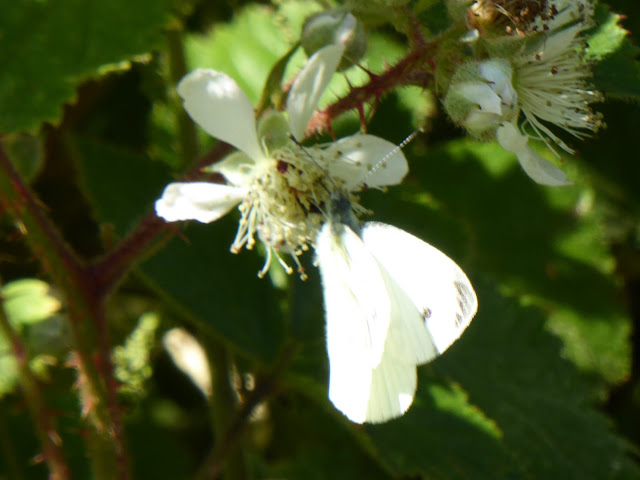 In the evening, we set off to where the car was left very close to the main road and the Park Lane services, at 6am three elephants got up trying to be quiet, David drove them into Stoke city to catch the early train back to London and work.

Yes sorry its been a while.  But frankly we were just having too much fun with two daughters visiting separately and all associated fun that entails.

But I thought for my own memories I had better put the very best of the over two hundred photos I took over the trip, and do it at home to save the data haemorrhage too.  Don't be fearful, nothing like two hundred here.

So here they are of our run up to Stoke from Great Haywood. 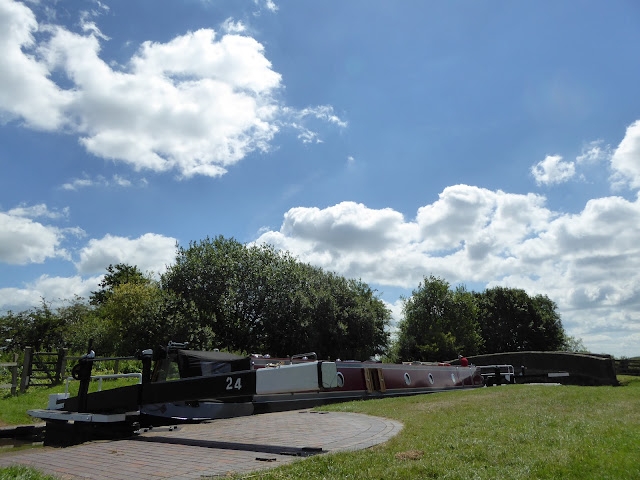 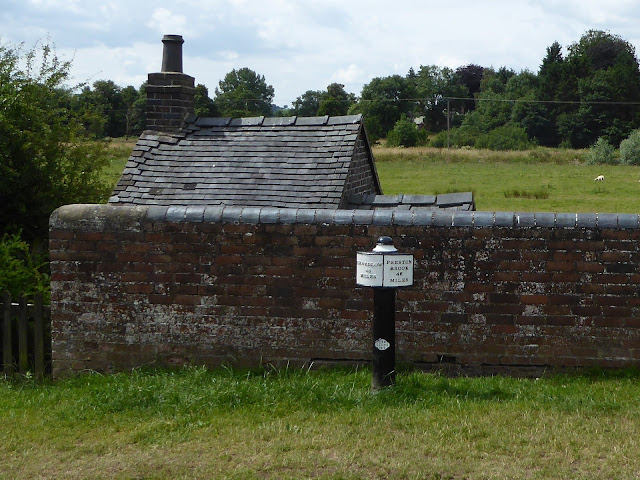 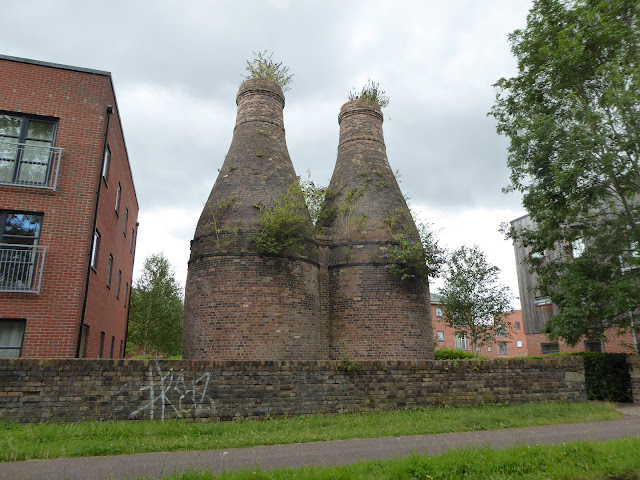 I am sorry to say I can't remember if I took this on the run into Stone or Stoke, but about 14 years ago, we did a hire boat holiday from Festival Park for a week and as we entered and left Stoke these famous Bottle Kilns were seemingly everywhere.  Not so today.

I presume these two have a preservation order on them, or are "Graded" however just look at the state of these precious remnants of the industrial past of The Potteries.
Sad.

If you open this link there is an image of how The Potteries looked.   HERE

So Reader I will endeavour to write more later on the trip this afternoon as it's pouring outside and I have my Aqua Aerobics class to go to, but for now.....

We have been back on the boat now for over a
week now, however, we have been plagued by
problems.
Firstly data problems and secondly laptop
problems  resulting in the bloody thing
constantly closing down Chrome each time I
opened it and thirdly my camera ceased to
function this week.
Not at all annoying.

I have this year changed from an ancient
Apple laptop, to a brand new shiny PC, which at
times I would have happily thrown out of the
window.  Lets say no more about it except that
at the time of writing this we are still using 2G a
day of data and EE and Curry's plus two
son-in-laws and  Ken from NB Cleddau have
failed to solve.  This is even with the laptop
thing switched off and our phones on 4G.

But going back to our recent trip.
So ages ago it seems we picked up WaL from
Great Hayward after our trip home.

We had had a fine old time, David played golf,
winning some competition too which he was
pleased about.  I didn't play golf but had a
great time in the HOT HOT sun we all enjoyed
in June, it even involved us swimming in the sea,
something which does not occur each year.

The Boat Sharers (Amanda and David Lewis)
had the boat in our absence, they did some
huge ring in a week which would have taken
David and I about a month, but they love that
sort of thing.  A Reader did spot them,
Hello sir if that was you.

We had a nice 24 hours with them, then work
forced a departure and after a flit to the
Farm Shop here to fill up on cheeses, we
left and headed north.

Five years ago when WaL was launched,
we went up to Bugsworth Basin, but we had
no memory of the Trent and Mersey Canal, so
this was to be a bit of a treat.

Its totally beautiful just minutes out of
Great Hayward, hardly any traffic and
peaceful as a very peaceful place.

The first night we aimed for Sandon.  Last year
we met John and Louise from
NB Plodding Along, we had nipped over in
the car form The Shropshire Union canal and
from The Anchor pub, you know the one,
untouched since Victorian times.  Anyway we
had really enjoyed the Dog and Doublet at
Sandon and I would heartily recommend it.

The next day we stopped at Stone.  We took
time and fannied about to get good TV reception
as Andy Murray was playing in the quarter finals,
ummmmm, afterwards we walked to Co-Op to
find it closed as they had a power cut so walked
onto Morrisions.

The next day we carried onto Stoke.  Calling
ahead to the hire base at Festival Park for a
pump out, on the phone they were not that
enthusiastic but they did do one for us as it
appears there are no boatyards on the
Caldon Canal, where we are heading.

We stayed there the night, opposite their base,
as Kirsty (daughter) was arriving with her
partner Bob that night for the weekend.

The next morning was dull, rain due at mid
morning so The Insomniac (David) cast off very
early before the visitors were actually awake
and retraced our steps to the junction, just
down the way.  We had to fill with water at the
junction as you know what it's like with visitors,
they use tonnes of water for hair washing.....

Kirsty got wind that there was the Emma
Bridgewater Factory Shop along here
(Male Readers can pass this paragraph),  so her
loving father stopped by it and the three of us
went shopping.  I brought a fabulous jug
(To add to my collection) and Kirsty brought a
large platter for cakes, it was £50 retail down to
£15!!!

We stopped later just past the five locks on a
brilliantly south facing meadow just perfect
for more tennis watching, the Ladies Final,
I have always LOVED Venus and was
disappointed that she lost, but my new favourite
is the Spanish lady so I managed to be happy.

Later on in the day we set off again for the pub,
The Hollybush at Dernford, we had a drink and
then after not intending to and having supper
all available on the boat, we had supper in the
pub!!!  I had homemade lasagne salad and chips
followed by a delightful sticky toffee pudding
with custard, really it was the best sticky toffee
I have had and I get through quite a few of those.