Not quite what I requested...

Greetings Reader and a Happy New Year to you.  You find us here at Great Heywood, on WaL nicely snugged up but in the marina.
We were intending on going out on the cut but in the event we didn't, this due to a Covid scare, one daughter was with us 9 days ago and on her return to London 2 out of the family of 4 tested positive and then a day later 3 out of the 4 were positive....  So David and I started testing and remained negative.  David was poorly but with a cold from another grandchild, symptons masquerading as CV.
I brought up a half used box of tests and when I went to open the second box it proved to be David's bowel cancer faeces testing kit (unused) so when we get home we'll just check that we are negative still with the correct testing kit.
On this trip (after testing, mask wearing, socially distancing and mostly outside) we have had a new cratch cover fitted from Kinver Canopies which Reader I am very pleased with.  The old one had shrunk considerably so much so we couldn't get the zips fully closed.  We had Kinver out well over two years ago.... but our turn came up finally and we had the template done last November.
Also this trip we have had a frightfully good egg Tom Holmes, out to fit a much bigger towel rail fitted in the bathroom, a header tank fitted on the engine to give hot water when the engine has been on, something we had wanted.
He serviced the Lockgate stove and fitted a new starter battery.  The thing I am most delighted with is the radiator of course, every wife will tell you that its the husbands bath towel that gets prime spot.
Well now during the past few months David and I celebrated our Ruby Anniversary, yes I was a child bride.  We had a lovely family celebration at home, I mean where else has anyone been recently?  I had wanted to have been somewhere hot but here we are in Staffordshire in January with the marina mostly iced up.  Frankly its lovely to have had a change of four walls to look at.
So we've been here and there.  I've tested out my new boating coat, no one tell my sister I have "another" new coat, but I have to say at the moment I am pleased with a longer waterproof windproof spacious hooded coat with big pockets.
Lets just call it a Lockdown treat, or another Lockdown treat.
Oh I should say that in early November the Boat Sharers joined us for a weekend onboard.  I took some photos which I had meant to have done a blog posting about but it failed to materialise so I'll include them here.
If you hate photos then as they say on Match of the Day "Look away now" normal service will be resumed probably in April, perhaps he'll have taken me to the Caribbean by then .
"Breath", "hold" and "do not"   come to mind.
So some from November first;

So here we are in January and an ice-age. 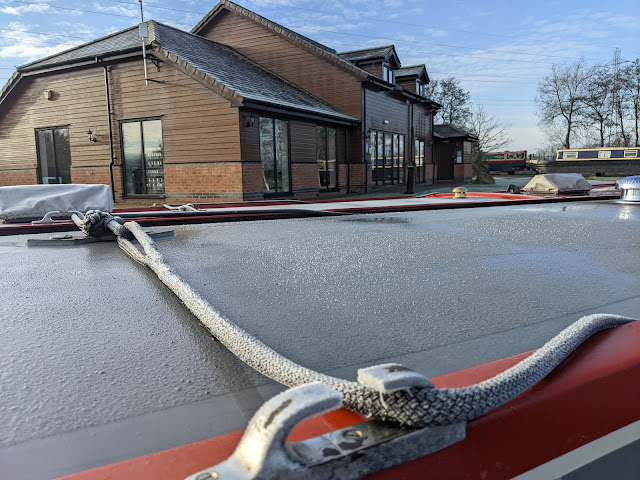 We arrived by chance at the Cemetery for German Soldiers of two World Wars.  We've been here before when we have visited Penkridge on WaL.
Its such a touching place I wanted to go in again.  Its maintained by the War Graves Commonwealth and what a great job they do. 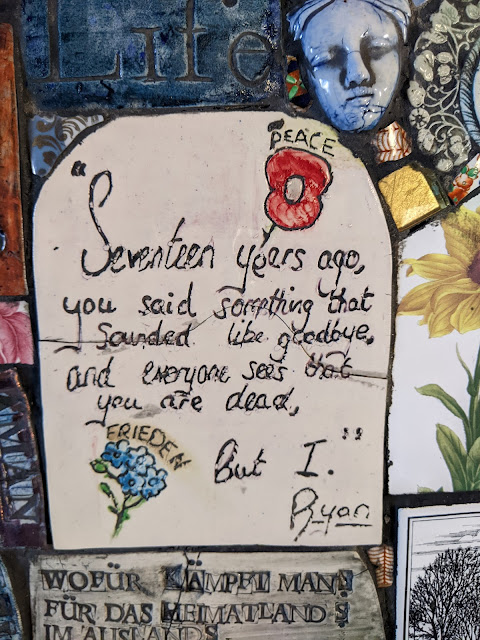 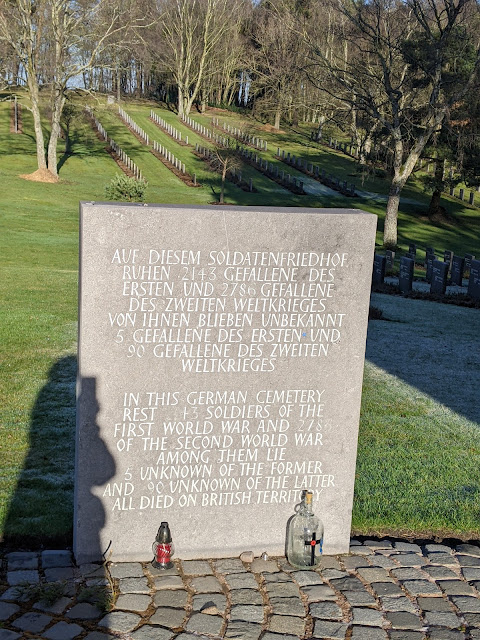 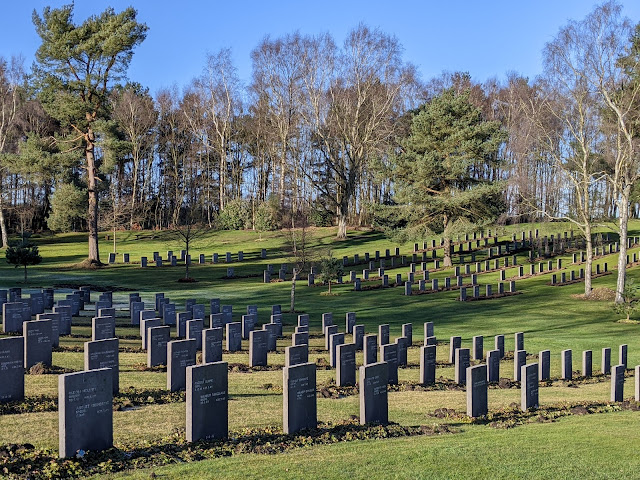 We walked through Tixal Wide and over the Shrugborough Estate, had David not been unwell we were going to have come to Tixal to spend a few days but Reader just look at the mud. A no brainer to avoid. 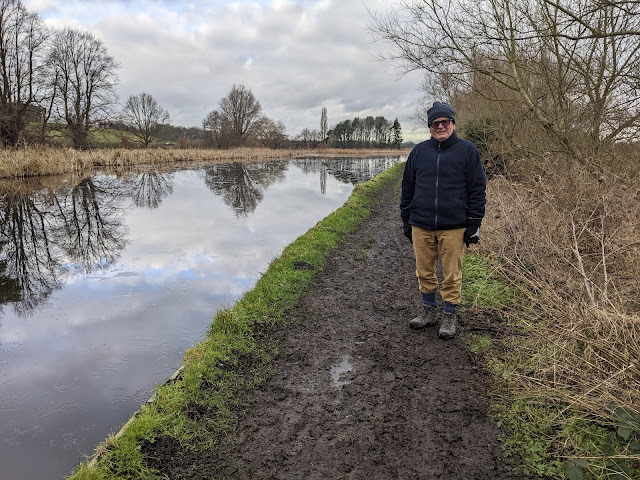 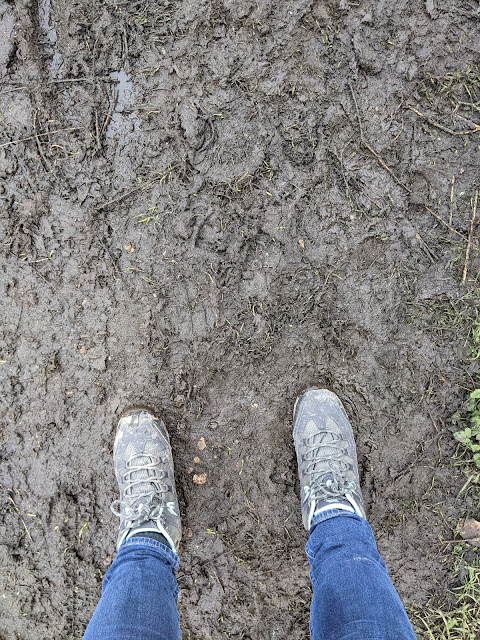 So that's about it for this visit.  We are home tomorrow home from what David is calling our winter sun holiday....
You'll be hearing from me again in the spring.
Posted by Lisa at 14:59 8 comments: