So yes, Mae West famously said "It's not the men in your life that counts but the life in your men"  and Reader yes this is what Amanda and I have to deal with, anyone know what vitamins we need to buy?


So this morning started off with rain, we knew it was going to and Amanda and I had prepared ourselves by staying in bed.  Later after heeding the Lock keepers advice, when asked what time the locks close this time of year he replied 15:30 Oh ok said we all, then he added the caveat that this was the time the locks are locked and that last boat in is 14:45 to give the crew time to get through the ten locks, then he said quietly that you best be here way before then as if there should be a queue you won't get through.... so we decided to get a wiggle on and arrive at 13:00.  Madness I know.


We went on for just over an hour to turn at the Welford Arm. Much to my surprise there was a boat moored up there.  No road access near here either.

As we made our way back we had a good old snoop at the new Marina that's being completed now at North Kilworth, it looks very nice, or will do when the grass has grown.  We met someone who was involved with the construction, he said they were four years into a nine month contract...

Frequent Flyers to this blog might recognise these moored boats, they have taken up residence along this stretch, they have changed bridges in the last 18 months or so.
A bit more room at least to where they were previously. 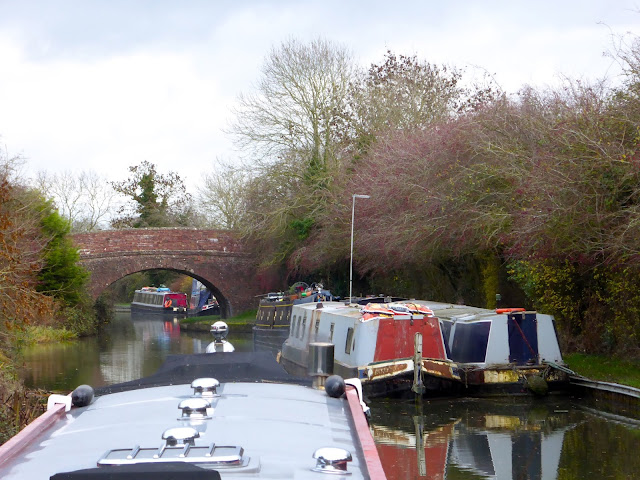 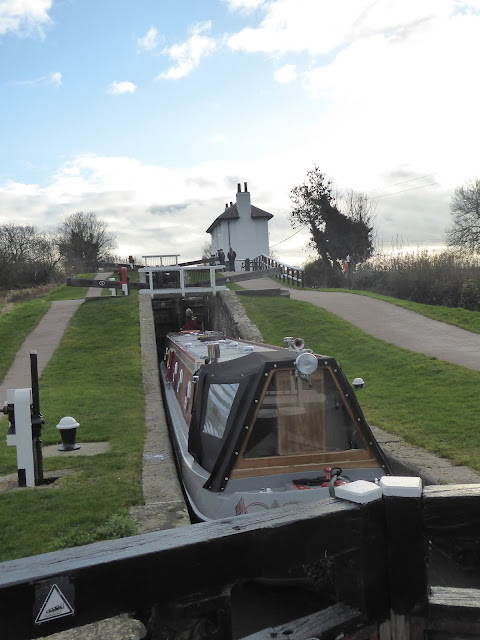 Getting down the flight in comfortable time meant that we had time for a drink in Bridge 62, I had mulled wine which was very moorish.


Amanda had made a veggie lasagna for us this night and my golly it was DELICIOUS   HERE    followed by apple crumble with custard, well that was a real treat too.

The Lewis's left to get home.  They have work tomorrow and next weekend they are away on a real holiday celebrating this, any guesses as to how many years? 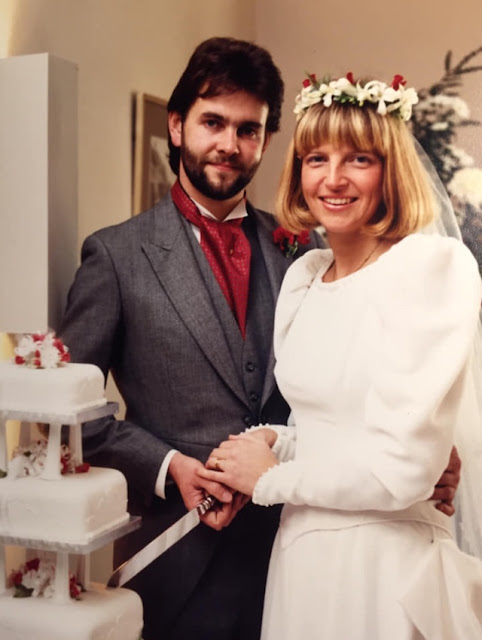 The next day and David and I popped WaL back to bed and prepped her for winter.

We hope to have another winter break in the New Year if all goes to plan, New Year in Holland has been suggested too (sorry Netherlands).

Well Reader, here we are on a short winter jaunt.
You well might ask why...?  Its December, it grey and its wet,  but, we had to do a test drive as the last time we were aboard polishing her, we had a problem with the inverter.  It was as dead as a Do-Do.

It's a pity really, we've been told that they should last fifteen years and NB WaL is only six years old.   So the inverter was sent home to Holland    (or now that I have a Dutch son-in-law I now know the correct term is  The Netherlands).

The inverter has proved to be certainly dead and beyond repair, so we have a new one.    On that same trip last month, the Lockgate stove failed also needing attention, the gas cooker which is in times of chills is used as a mini radiator also failed as did two of the four gas burners oh and I nearly forgot the water pump broke too.
Can you imagine how blue the air was?  And that was just me.

So happily its has all been fixed and we were looking forward to having a little run out.

The Boat Sharers had received a call and were available for fun too.   The first evening we met friends from the area Ed and Jane, also farmers, we all met at the Boboli restaurant in Kibworth.

The next morning after David Lewis had been 'dan the 'ole' changing our engine belts, we set off for Foxton.  I had given the choice of routes to Amanda, either to Market Harborough to include some time at the shops or up the flight to Welford.


Amanda chose to go to Welford so we went up the flight.

We were the second boat that day.  I hoped for a clear run but just as with buses, two more boats arrived to come down so we had to wait in the middle pound for them to pass us.
I left Amanda on lock duty and I went to warm up the soup.


So we trundled along munching on cheese biscuits and wine, enjoying the changes in the sky, it was supposed to clear up and be sunny! 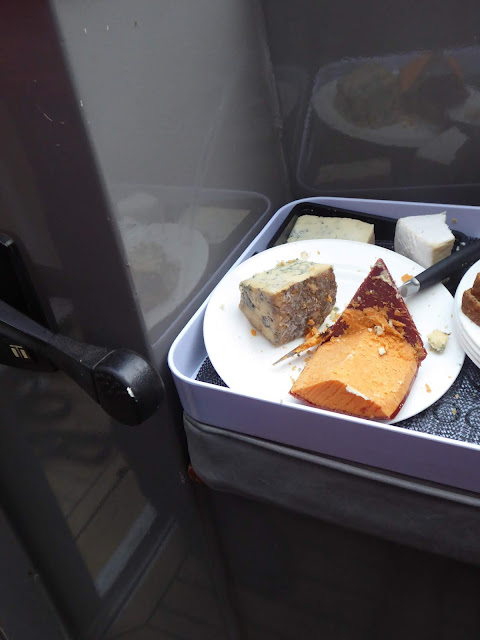 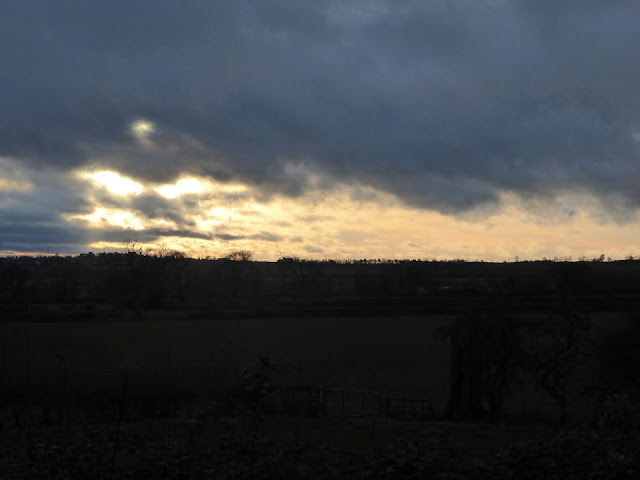 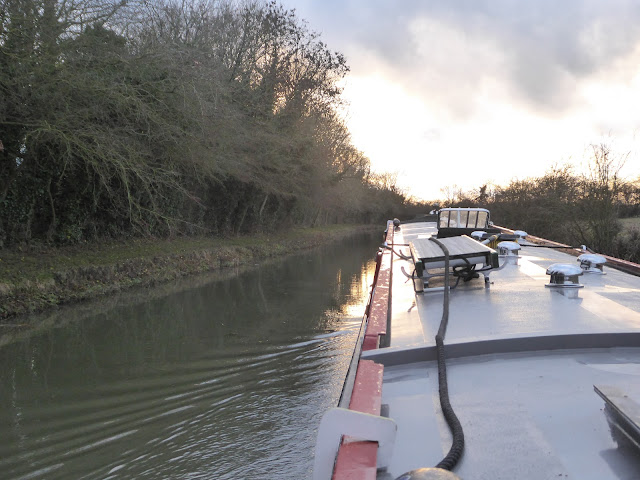 So as you might be able to tell the time had marched on and we knew that we wouldn't make it to the Welford Arm in the light so without much bother we moored up at The Laughton Hills.


So here we were, we had turkey curry out of our freezer that David had made curry with.  Every year at about this time we have turkey curry, to make room for the next lot of turkey going into the freezer in a few weeks time.
Dessert was carrot cake with the cream cheese icing.