Time to go from here.
Berkhampstead has been super fun for us but needs must and away we go.
Dawn, well 7:15 for us to moor alongside Yarwood on the water point here, (They were there at 7am).

I wouldn't say there's remotely any competition....  All I do know is that on one occasion Joe was late, three minutes late and he is NEVER going to be so again.
Both boats needed water (And rubbish disposal of course) these are available by the lock at the end of the park here but no cassette emptying.

Berkhampstead one feels has the feel of money about it, the  individual shops, the attractive houses, nicely attended gardens and the park that hardly had any litter lying around, these criteria all tell me so.  Not awfully scientific I know.

Here is one such place on the canal side, I would have guessed a victorian warehouse of some description.  Stylishly done however too cluttered for me that is and a dangerous point of entry too, I reckon my mother would end up in the drink when visiting. 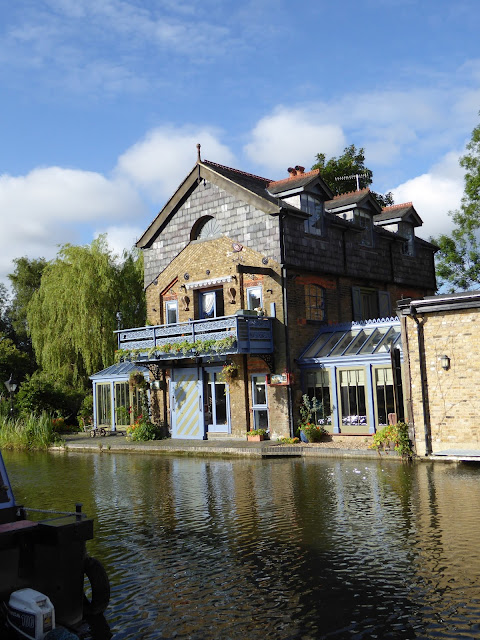 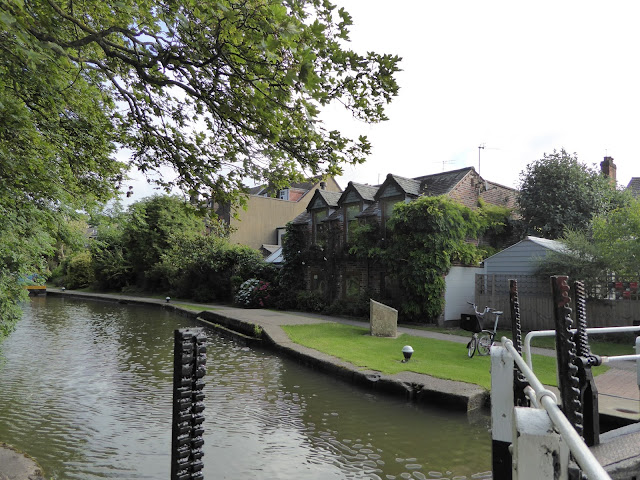 Roses growing around this balcony, tasteful hydrangeas all adding up to be classy without being pretentious. 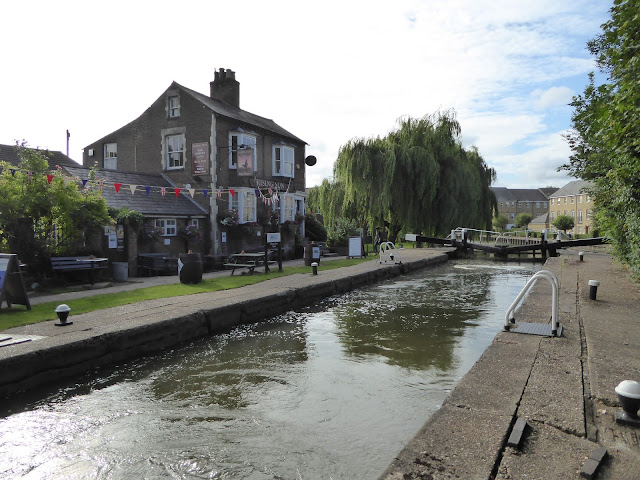 We were making for Hemel Hempstead where The Yars had an appointment.  Extensive canal side in HH so moorings should be no problem, six or eight locks to do on what proved to be a really pretty journey.  Lesley and I got the bikes out and easily got ahead of the boats to prep the locks, only two or three were set for us though.  The Darling Dogs ran alongside the bikes having drinks where necessary and I think rather hoping each lock was the last. 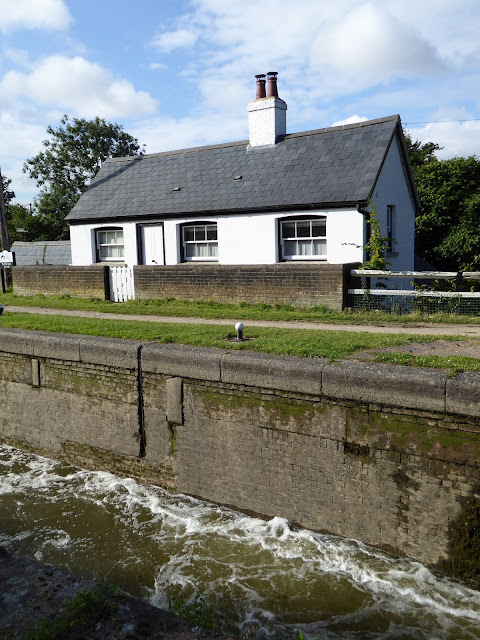 Quite a lot of the locks along here seemed to have an attractive cottage.  I love the modest quality of this one, unspoilt by a whopping great extension.

So arriving at Hemel Hempstead, we were disappointed and amazed that there were no moorings available, well there had been a gap just in front of a row of live-aboard boats so David stuck his nose in, fairly pleased as this would give TV as well this evening for the highlights of a startling days cricket.  It wasn't to be, he went aground and Lesley and I had to heave him off with a Barge Pole.  So there was a reason why only this wee section was unoccupied!

There was another gap further on,  actually half of one and Lesley and I toyed with the idea of moving a tiny weeny boat along ten feet to the next boats button to allow Yarwood in then WaL could have "Breasted up" alongside.  Then Joe pointed out that we would be right opposite a wee inlet of an arm where three narrowboats are moored.
We carried on.
By now time was ticking on towards the appointment time, as we passed out of HH there was a a darkened section, completely surrounded by tall trees.  We stuck the boathook down to see if there was more than six inches depth, yes and moored up.  The Yars ran off to see a man about a dog, David  scooted off on his bike to see what was over that hill.

I stayed home with a cup of tea and put my feet up. tired having done six hours and 15 locks.
Unprecedented marathon. 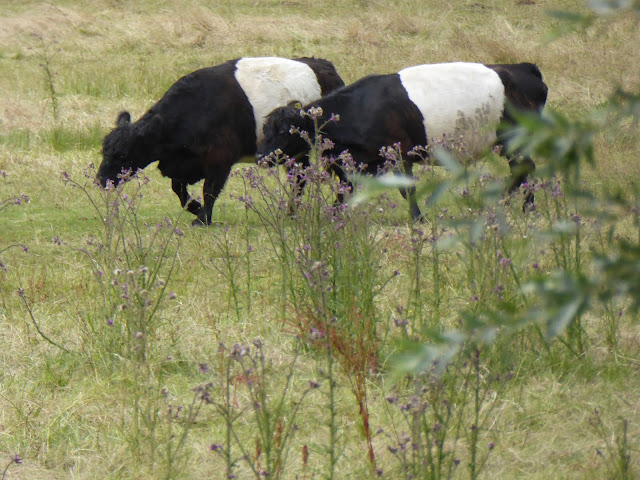 Nearly forgot to say, a field with these Belted Galloways, the field full looked great.  Unusual these days to see them.

Supper was Moroccan Lamb burgers and salad with wedges.  (Note to Kath on NB Herbie, these were Waitrose's and divine).  Pretty sure there was chocolate involved too.