I fancied a day off after the previous one, and I hardly had to threaten much at all too.  Bikes out, helmets on, picnic packed, extra clothing packed (Daft move that was) and away we went southwards with a large map of course.

Now the route was tricky,  even for owners of Sat Nav’s as the website had particularly said to switch them off as you approach the place.

The route was flexible as from here to there, there is a spaghetti of country lanes to cycle through.  Constant stops to check the map, David is very good at navigation by the sun and that may have proved crucial as they haven’t modernised the road signs since the threat of Nazi invasion, coupled with modern village life i.e. no people to be found anywhere at all.
Now I have to say, I had been ever so slightly put off by the general tone of the website, the place has restricted visiting days a month, tickets are sold over the website, non refundable and non changeable full stop, but it was open today so we went for it.

Each day at 10:30am and 2:30pm there are a limited number of tickets available on the main gate on a first come first served basis.  I had called the office to see if they might just hold two tickets back for us. (I am fairly good at grovelling generally), the day was sold out already indeed the whole week was sold out, it was a “No way José”,  so our aim was to arrive at the main ticket office at 2:00pm, so with time against us we peddled off.

Kintbury is on the side of a hill, and David showed off straight away getting up with stopping.  I think I got one up on him as I got smiley cheery Hello’s from some builders, no woof whistles though, hats and dark glasses do hide a lot, hahaha.

We cycled down lanes that had grass growing in the middle at one point, one of those mini deer the size of a labrador crossed in front of us and I heard the first Cuckoo of the year.  I must inform The Times.

This was by far the loveliest cottage of the day and there were many to been seen; 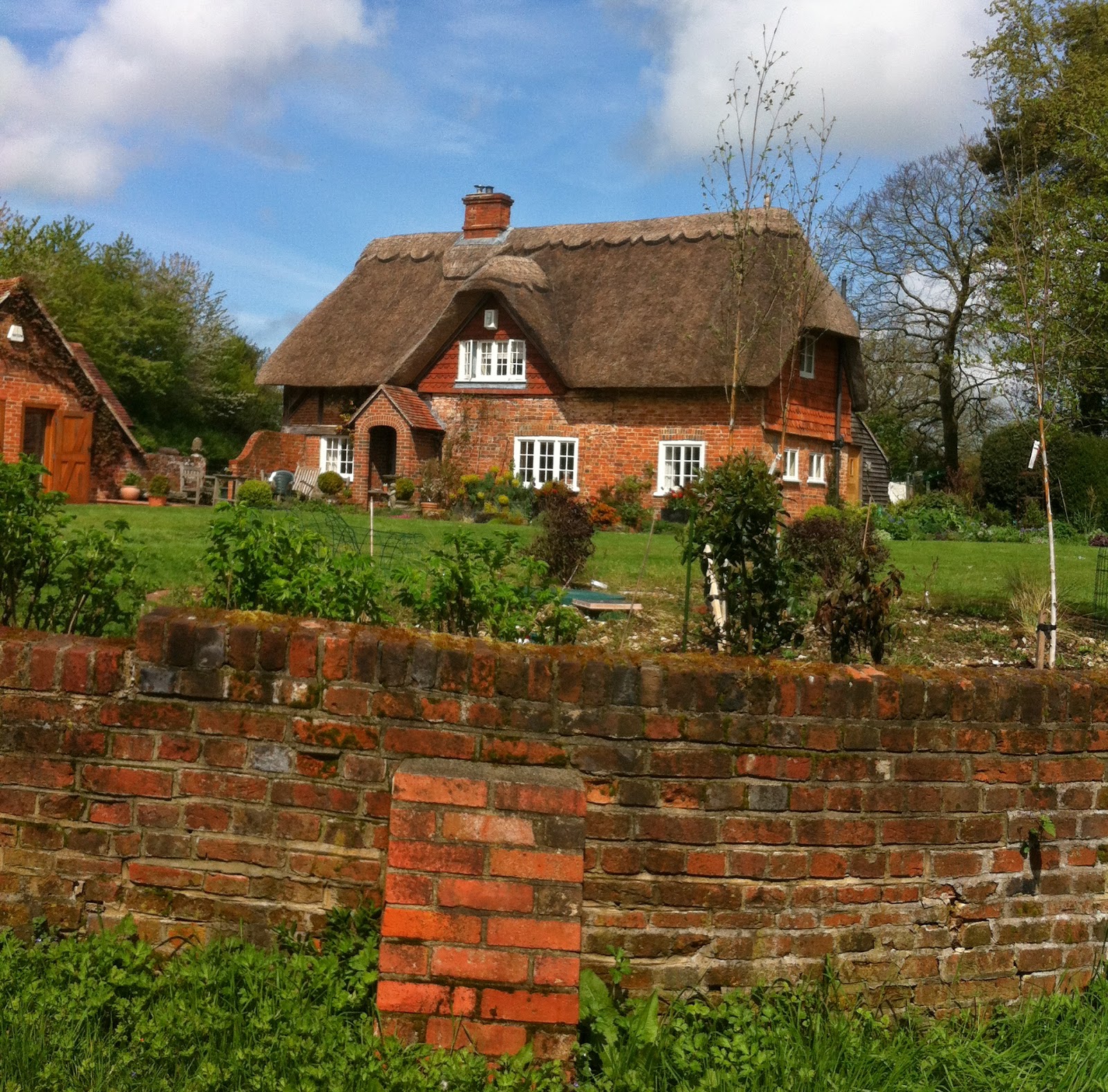 This was the most ghastly, I so pity the owners of an imposing Victorian house on the other side of the hill as this monster is their only view,  it was empty, I would be tempted to demolish in their absence.

I saw a postman in a van delivering parcels so I asked him the way (Usually an excellent source of directions) he confessed that if it wasn’t on his round he didn’t know it. The next chap in a van, took the map from David, turned it almost upside down, scratched his head and said down there… I wasn’t convinced.

We made a second call to the office, I suddenly had this dreadful thought that the main gate ticket office might be on the east side of the estate and not on the westerly side of the estate, where we were…  The nice lady seemed totally askance that we were on bikes, but she directed us into the back entrance, when we got there, one large sign saying NO CYCLING ON ANY ESTATE ROADS, how unwelcoming is that? A tiny bit more off put was I.  Hmmmmmm now what? Obey the rules and do another three miles around the estate to the main gate or say bugger this and go in….? In we went.  Eventually arriving at the main gate, the steward strode to meet us at the car park saying “You do know there’s no cycling on any part of the estate?” I doubled my out of breath puffing, David told him how exhausted his wife was… when he heard how far we’d come he was most sympathetic.

We brought our tickets and went onto the lawns to admire the view and have our picnic.

It was a lovely sight.  When we went into the house there were lots more signs up saying

No photos, switch off your mobile phones, no wheelchairs, no buggy’s, don’t do this, don’t do that…. very narrow walkways inside roped areas, don’t sit here, don’t touch that.  I am afraid to say that this sort of thing only brings out the worst in me and I generally do the opposite. 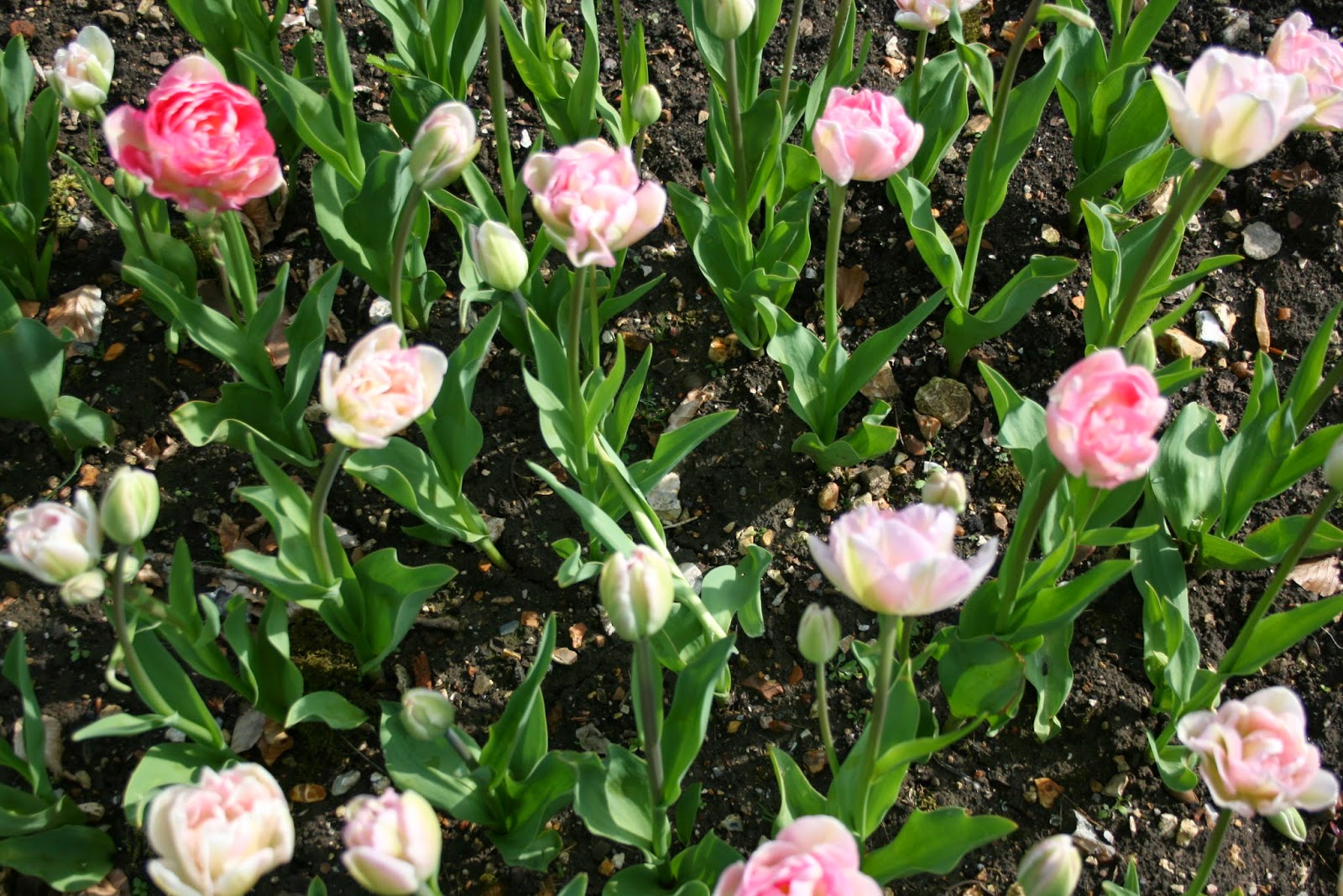 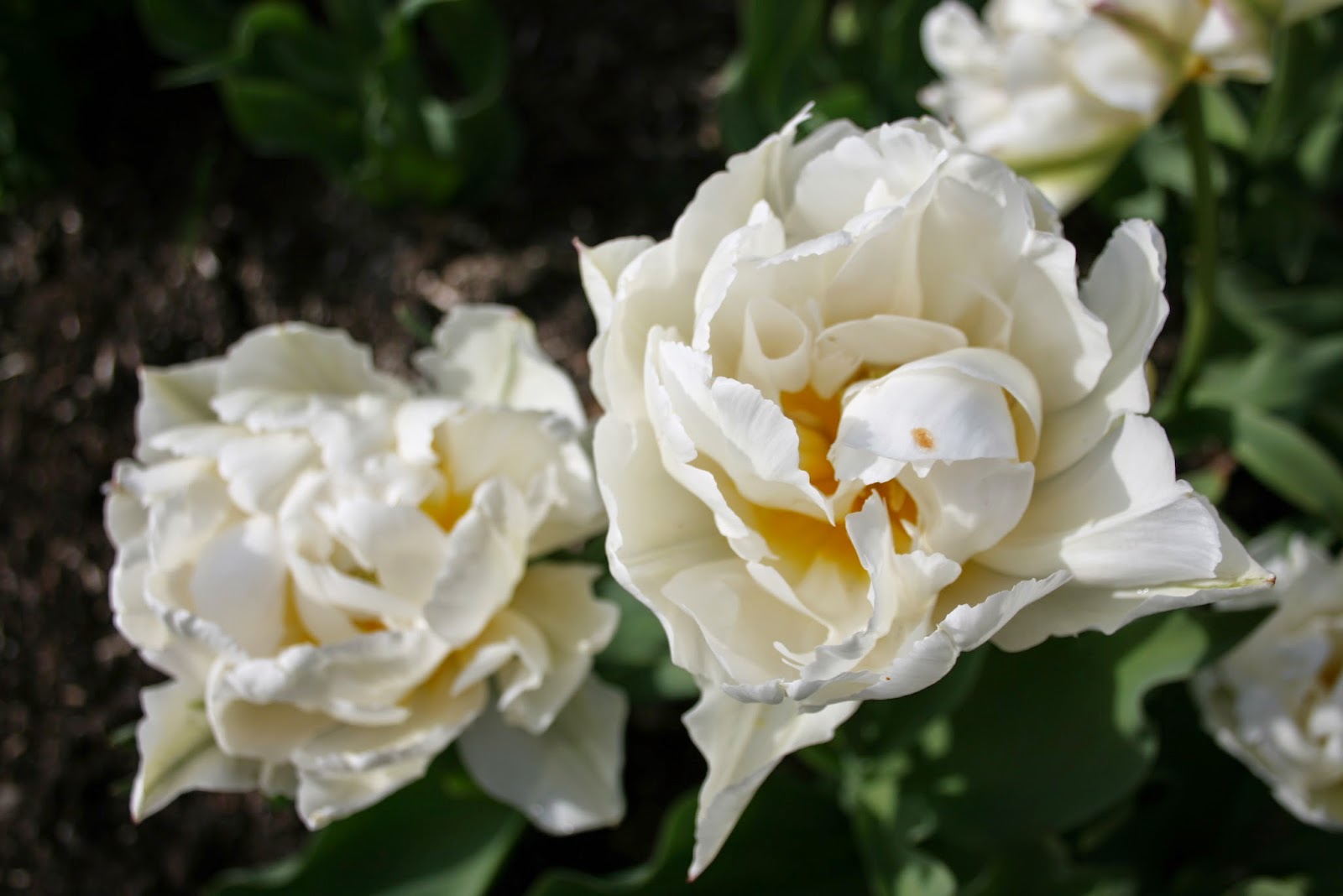 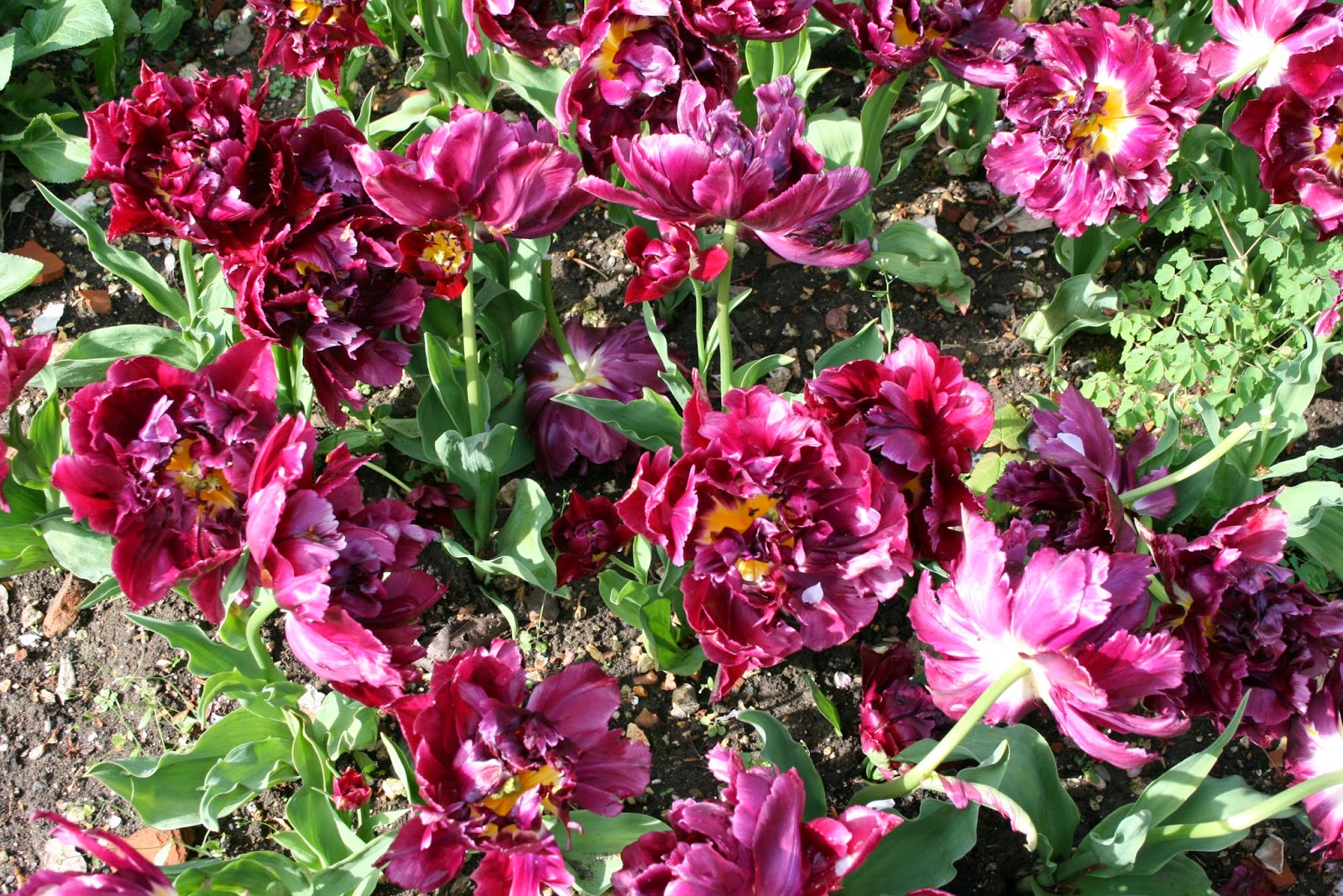 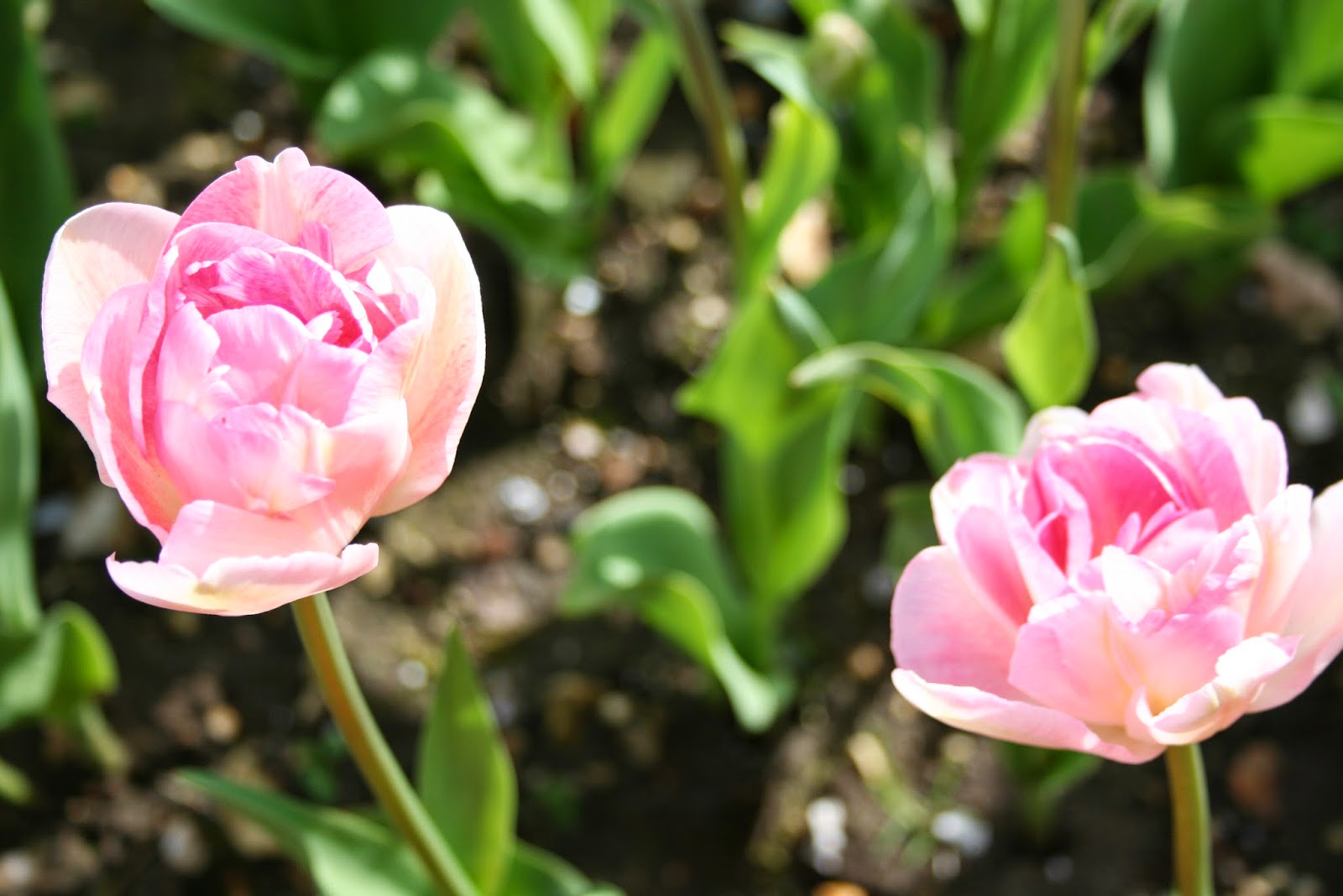 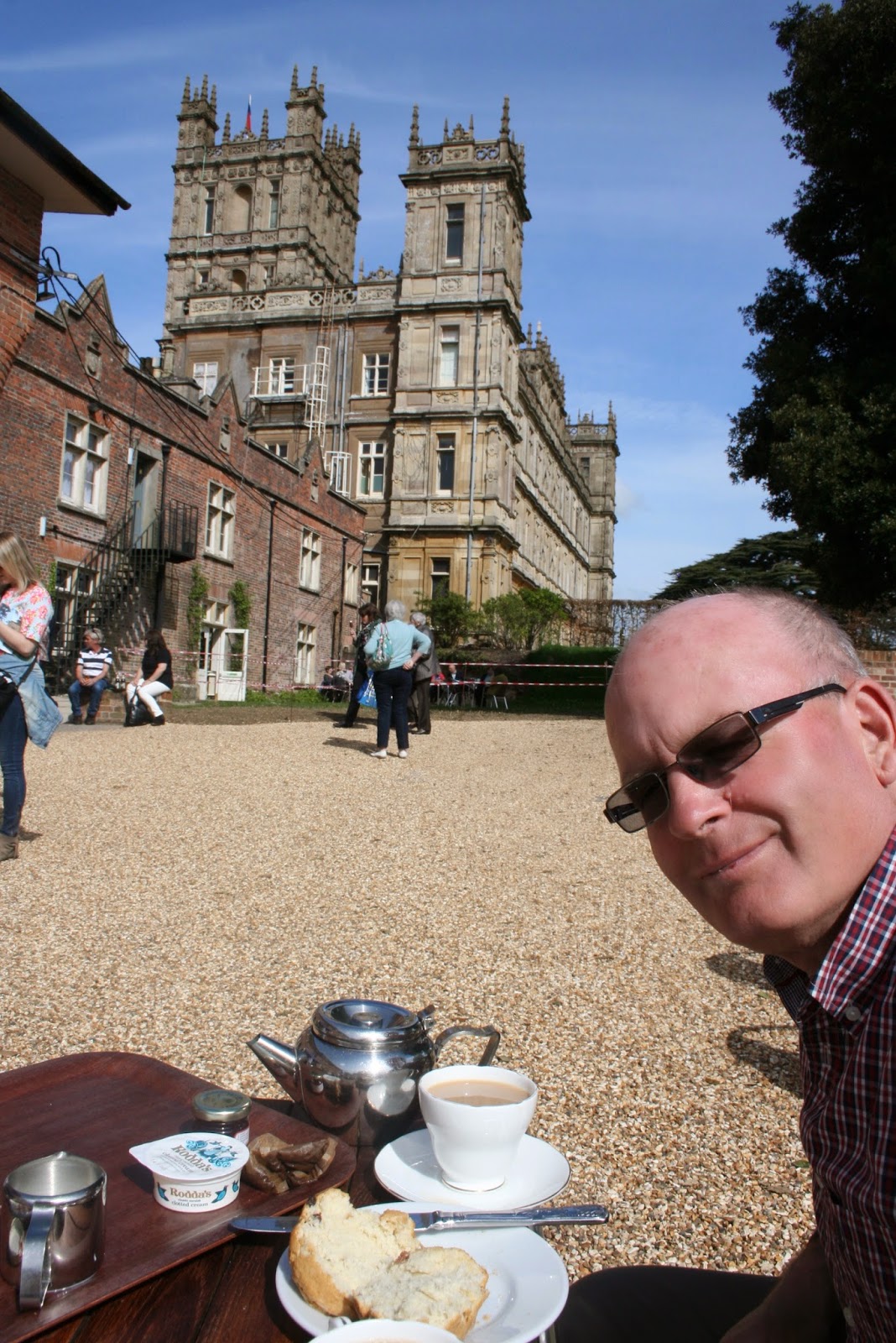 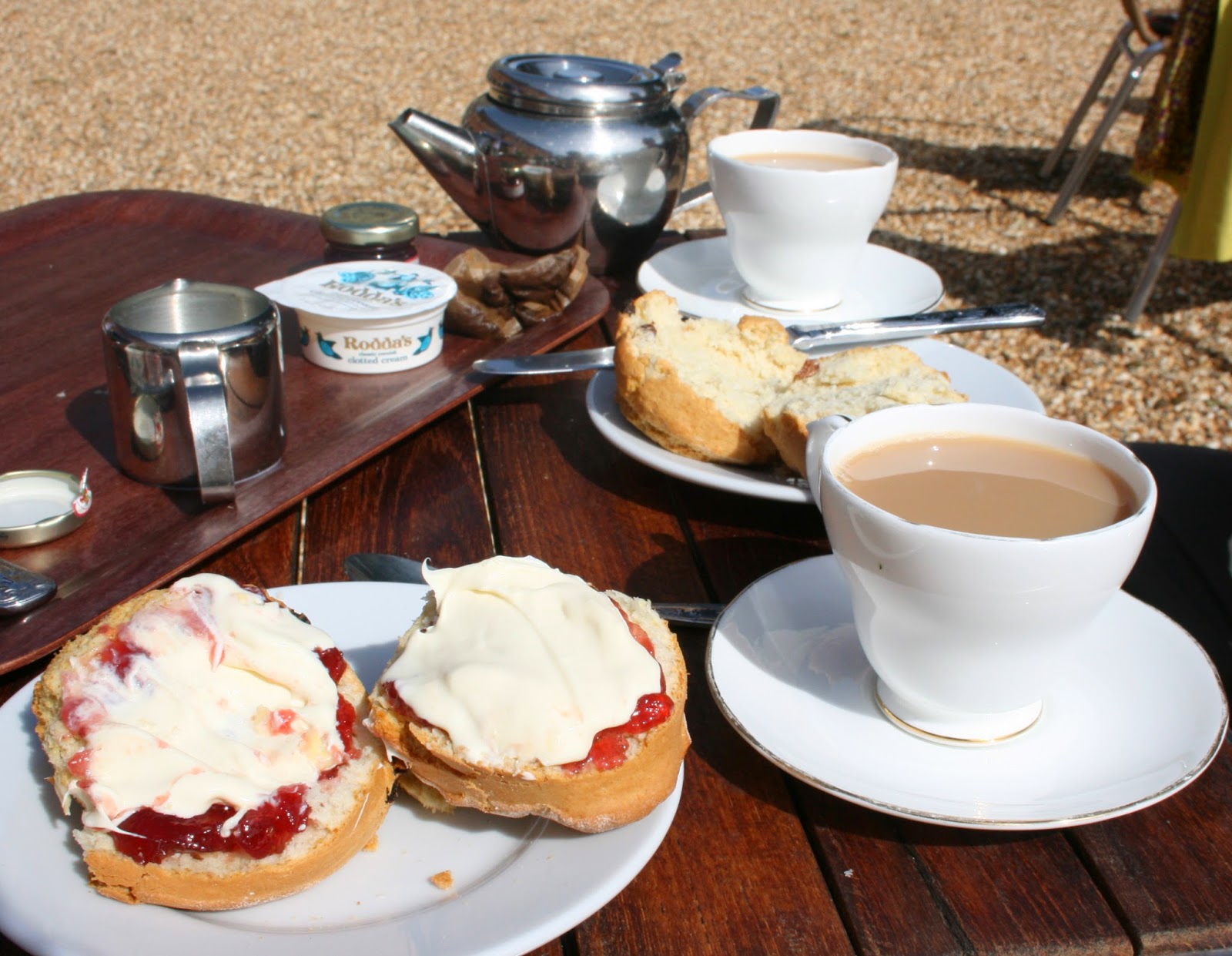 But the scones were good and we sat in the sunshine to enjoy them.  The in-depth discussion of the day was whether we would take a taxi back, but I agreed to cycle and only 3 cars passed us the whole way.  A grand day and sunshine all the way.
Supper was divine, in The Dundas Arms, trade off for cycling back.