Cloudy and showery today but there was a Farmers Market here today, so we went.  Very nice what was there but there were only five stalls.  We brought from three of them as we support our industry where we can.  Bread, cheese and veg all good stuff.  We walked on towards the Tesco, where currently there are good savings to be had on wine…. err we made two trips to fill the cellar.
Hungerford has some pretty impressive period houses all along the High St.  But sad to say I think it has had a slightly more prosperous past than present.  It was on two important routes, London to Bath and Oxford to Salisbury, the resulting in trade and wealth for some folk and some great buildings. 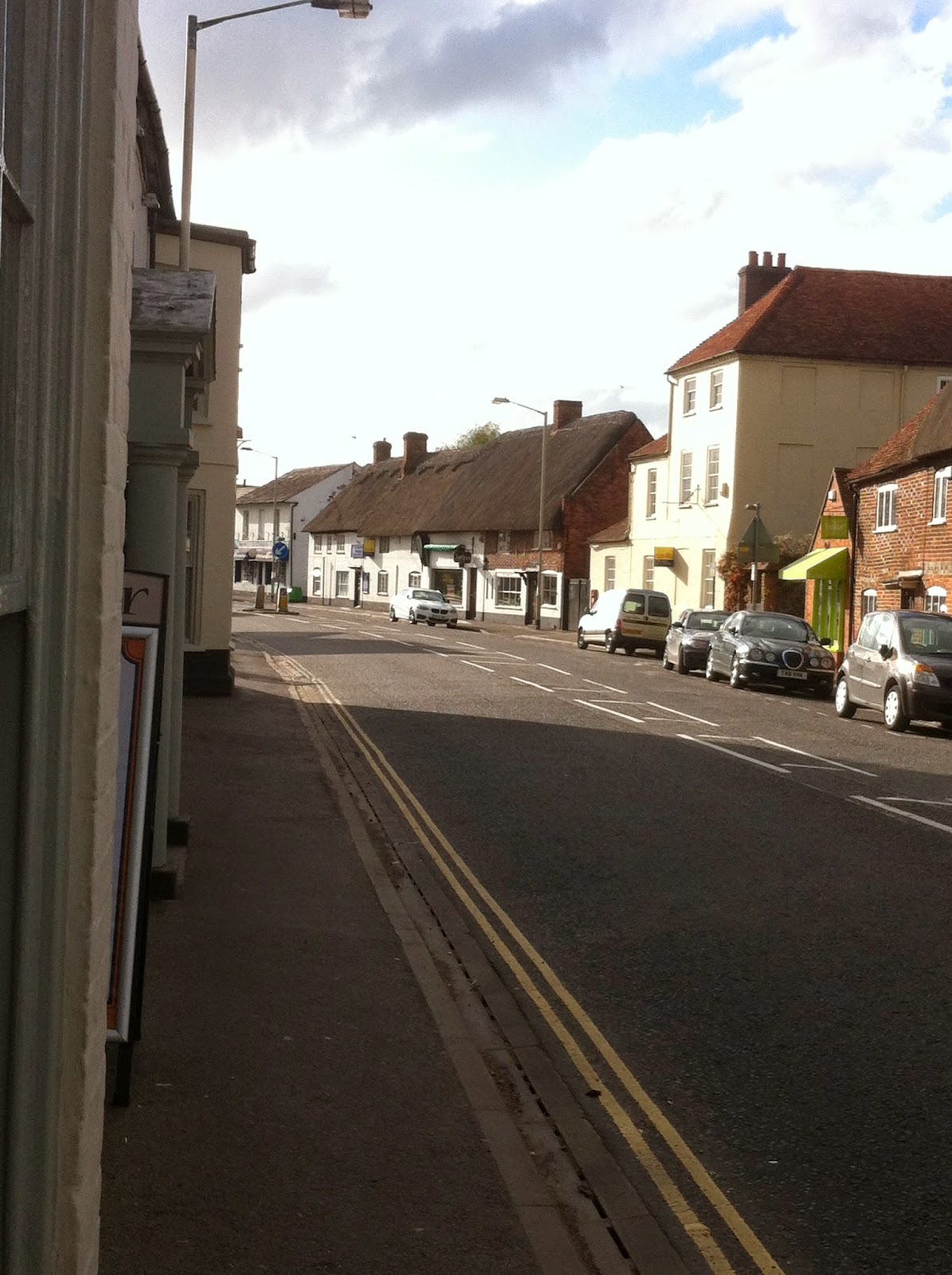 I think this house is older than it might appear form the front, as I came past on the canal it was wooden framed but the facade could be Georgian.  It has two doors, I reckon the original is at ground level where the road once was prior to the canal being built, then with the canal and subsequent bridge over the canal the other was installed later.  Interestingly it has two large bays added onto each side.

David returned to the pub again in the afternoon after a nice lunch of asparagus with fresh bread,  but this time to see a ghastly football match, Overpaid Obnoxious versus Overacting Chavs. I stayed at home alone, enjoying my choice of music, my choice of film “Genevieve” and drank champagne,  handily on special at Tesco!!  Hurrah again.
Supper was Italian eggs and sausages with leeks.

PS Reader you won’t believe this but I am convinced Lord Grantham (aka actor Hugh Bonneville) walked past in the early evening. He and his wife were wearing those really expensive boots which caught my eye first.  They had a whole bunch of little yappy dogs with them, I am so sure it was him, as the lady with him looked just like his wife in photos, but if it wasn’t them it must have been his twin brother.