Up and at 'em, the locks that is 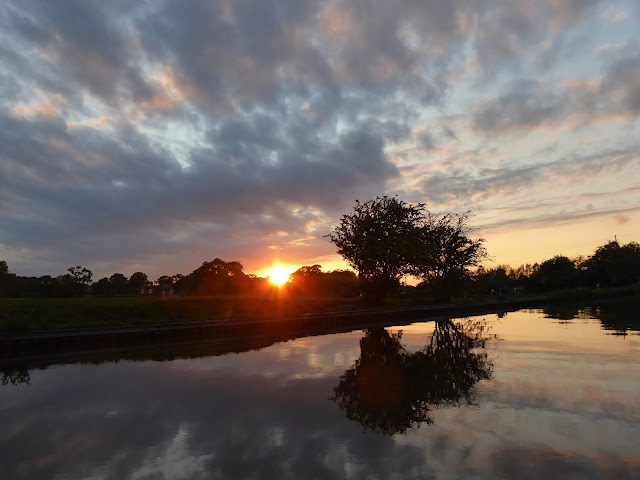 This was the view last night after all the tractors had cleared there was just peace, quiet and the sunset.

David wanted to set off for the locks early today, well of course he did, all that pretend farminess has had its effect.  I too am very happy to report for early duties when needs must and we wanted to get on with the flight.
As we pulled out, another man was at the helm, awaiting his wife, he called out to David "I thought I was going to be first this morning"  I bet there was tongue pie and cold shoulder served up.

There was a right kerfuffle at this bridge hole when unbeknown to us, we separated a new family.... 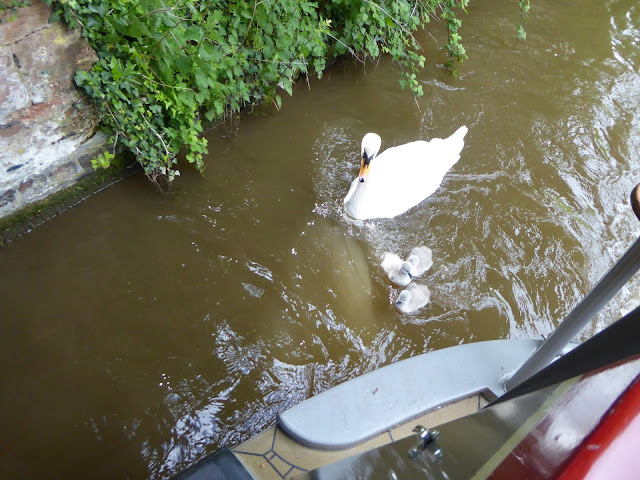 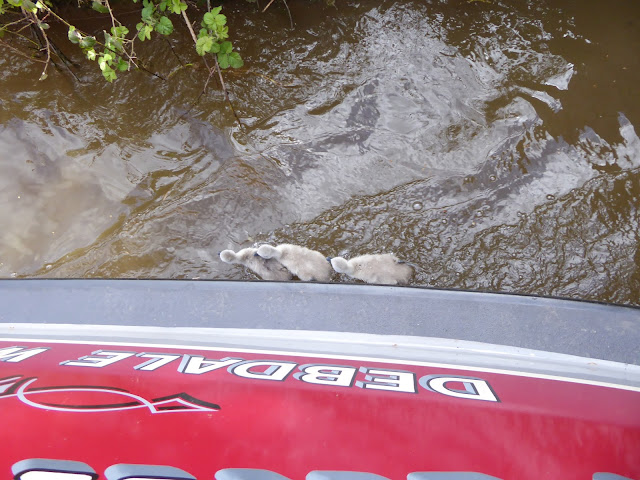 A lot of dog walkers around this bit, the canal is pretty rural and we haven't seen that many people walking along but here masses. 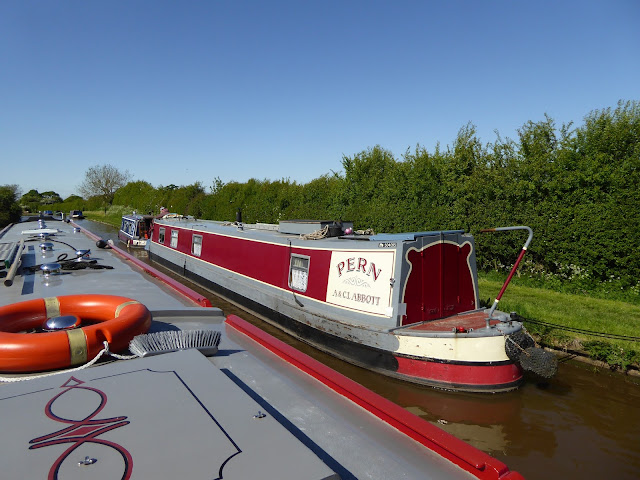 After two locks there was this longer pound with several boats moored, NB Pern caught my eye as its almost WaL's twin.  First NB I have seen looking so closely like us.
This pound is where it all went wrong, lock wise that is, clearly a boat had pulled out from here and going downhill, as from here on all the locks were against us, (And the boat behind us too). 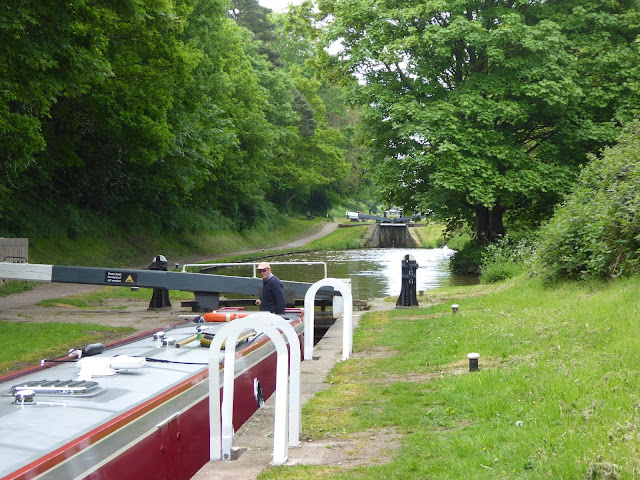 The Audlem Flight was really a pleasure today.  The sun shone, the people sang and were happy, well that bit was me anyway and then joy of joys, as we  progressed down there were boats coming up.  To a non boaty Reader, if you meet a boat coming the other way at locks this halves your workload as you don't have
shut the gates behind you.
Everyone's a winner.
As the locks slipped past us I think there are 15 in total, it seemed that there was a boat at every lock, all the world and hi mother were out, fantastic!  The weather forecast for the next day was HORRID, all rain so that was probably the reason, all making a dash for it. 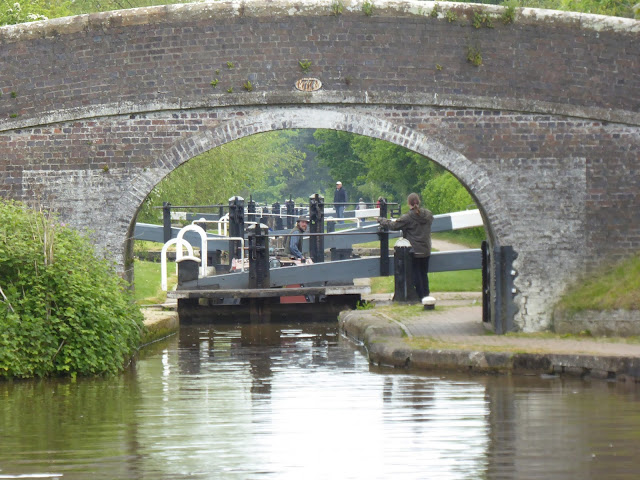 So here we are all arrived at the famous Shroppie Fly pub, this photo doesn't  really show but it was a right Bun Fight on arriving, one boat in the lock coming up, two boats on the water point here right outside the pub one of these wanted to reverse onto the five day moorings on the other side, another hovering, then David came through the bridge hole from the last lock and joined in the fun.  It all ended well after a few laughs. 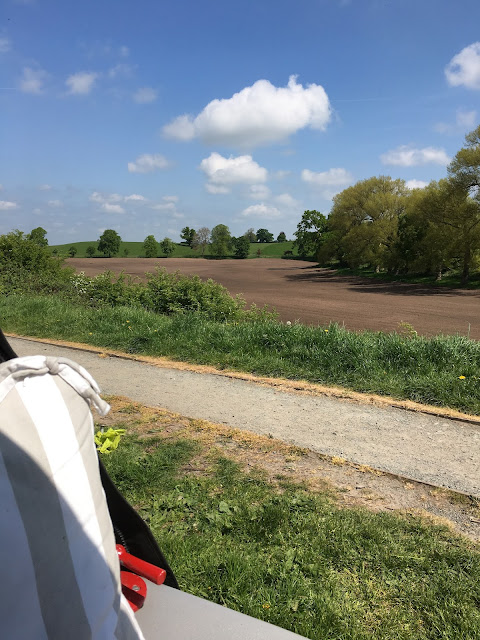 This above was our view form the moorings for a couple of days, glorious sunshine all day.

The nest day had supposed to have been rain all day so we went in the car on a day trip to Nantwich, as you can see the weather wasn't too bad at all, and here are some of the timber framed buildings. 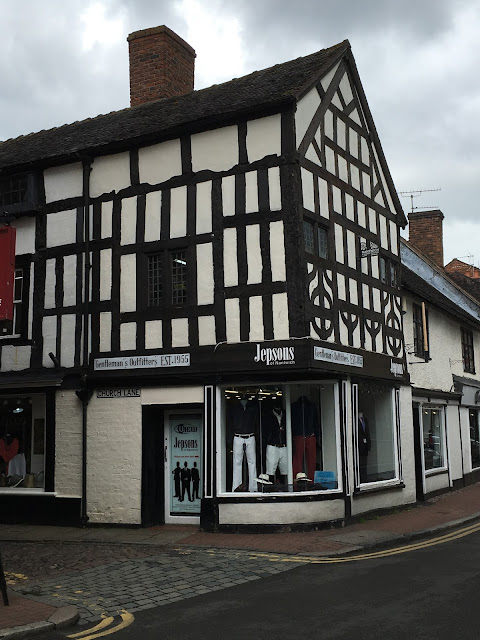 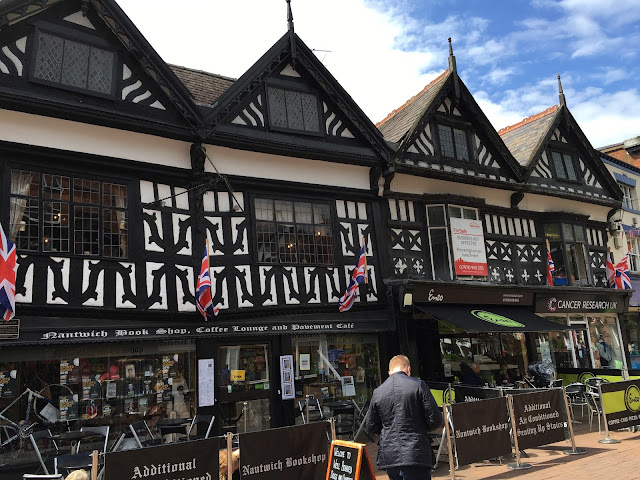 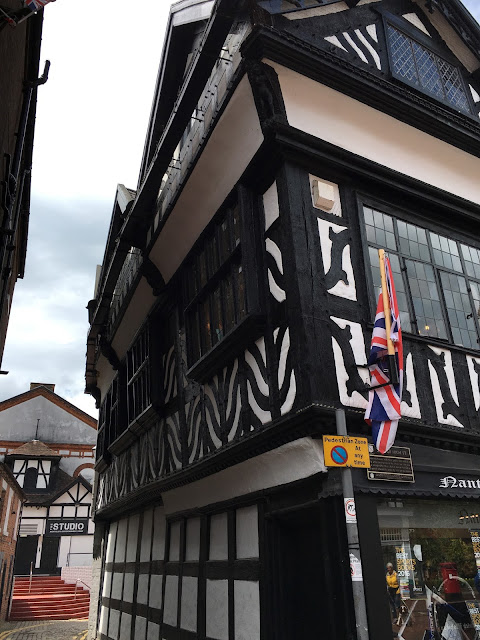 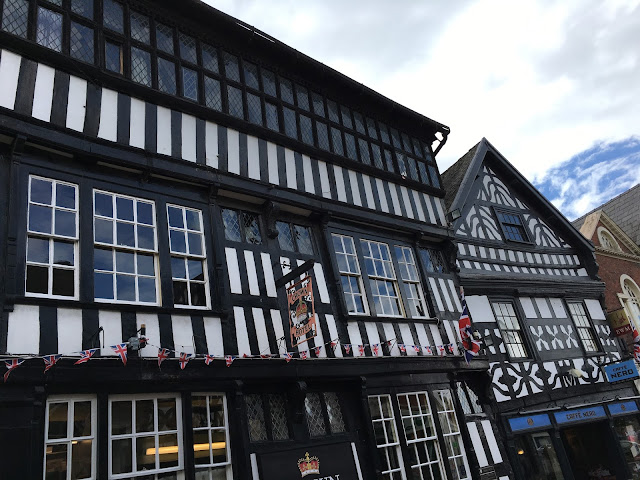 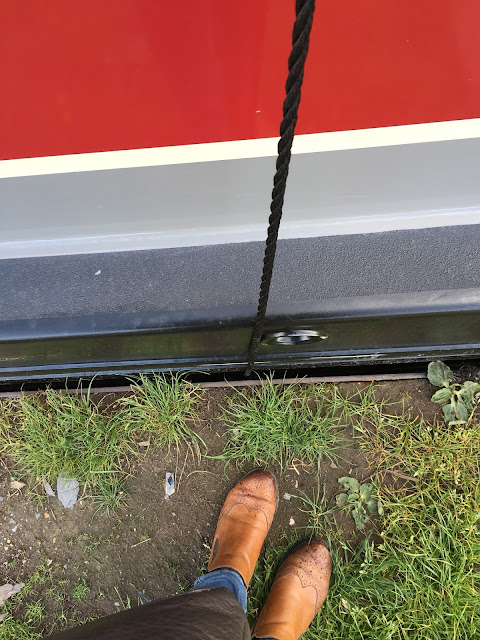 We departed after 48 hours from Audlem to go into the marina here, a most attractive one allied Overwater.  As I have said we have been home ten days now and in 25 minutes we leave for the airport, the family are all taking David and I to Budapest for the weekend to celebrate his 60th (This was actually last year but due to them all using their annual leave going to NZ for the wedding in 2015 the trip had to be postponed. So you'll be hearing form me later on.