You must excuse me Reader, but I am all behind like a dogs tail with the blog.  The main reason is that we used up all of our data allowance, not only on the dongle, but also my phone and David's phone was almost there too,   so I am writing this from memory using the photos as an aide memoir..

The Ploddin' Along crew and that of Clarence had to depart today.  We wondered along to push them off in the nicest possible way and then for ourselves, we set sail too, mainly to satisfy the "Boat Sharers"  Amanda and David before they too departed later on.  We decide to start on our way early, or let David Lewis drive and went through Tixal Wide and beyond.  I can just about keep up to sped with bikes, cars and husband moving all three on one day but on days like these when its two men, two cars, a bike and a boat, I get awfully confused awfully quickly. 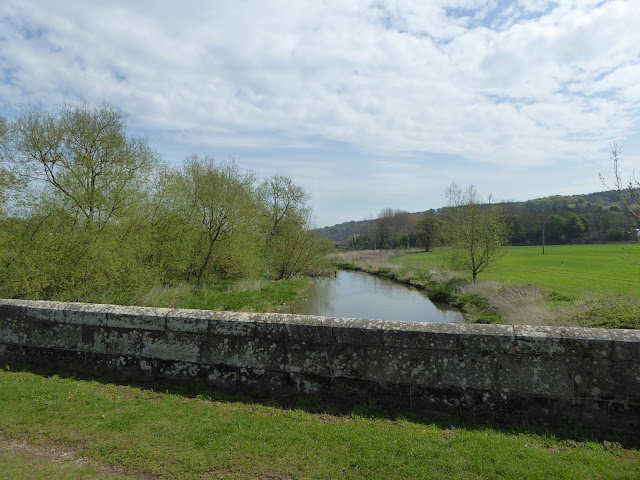 A wee aqueduct and the view overlooking the Shrugborough grounds, its all most attractive around here. 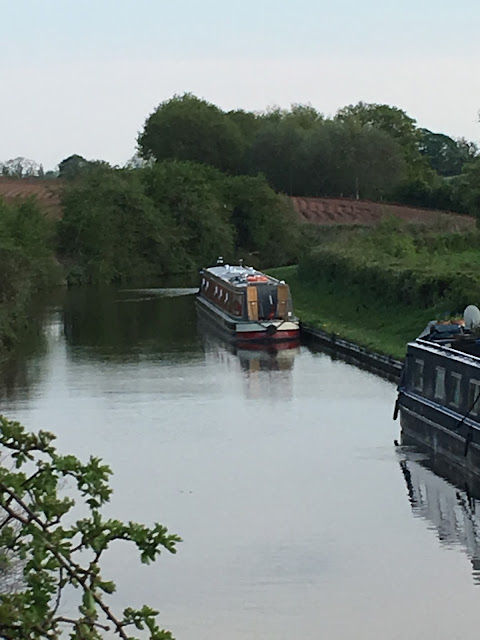 We moored up here for the night just past Stafford Boat Club  David Lewis was admiring this ploughed field opposite that was all prepared for potatoes,  I was less enthusiastic.

We walked bake to the previously deposited car, loaded, headed back to "Base Camp" where we were going to have another Barbie Queue with Yarwood's Joe and Lesley before we all departed for pastures new.
Posted by Lisa at 16:44