You can see what a lovely day again it was.  I am getting a bit concerned as to my wardrobe, an odd worry I know, but a few weeks ago when we were packing for this trip, David said for me to pack clothes for warm weather.  I thought him a bit mad.  It was freezing.  In fact I had just purchased a new fleece with thumb holes in the wrists to keep me extra warm and new fleece lined trousers as I remember last year and the year before being really cold all spring and in the case of last year being freezing all through Lincolnshire.  David seemed sincere so I put in three T shirts.
Now the sun has come out I am a tad regretful.  I have sent an SOS to Amanda who is due a visit to us shortly to bring me a skirt, if its hers I suggested an elasticated one to fit me.
Plum Pudding Tunnel this morning, to my non boaty Reader, it is a former tunnel that has had its roof removed, its only single file so you have to send a crew member ahead to check no one else is coming.
A slight miscommunication between us had me getting off and going ahead and David coming anyway saying later well I thought I would just peep in and if there was someone there I'll reverse.....  not sure quite what my role was then.


This is the beginning of Armitage, in our first year of boating we met a boat on this really narrow stretch which made the captain's wife squeak a bit, but nobody died. 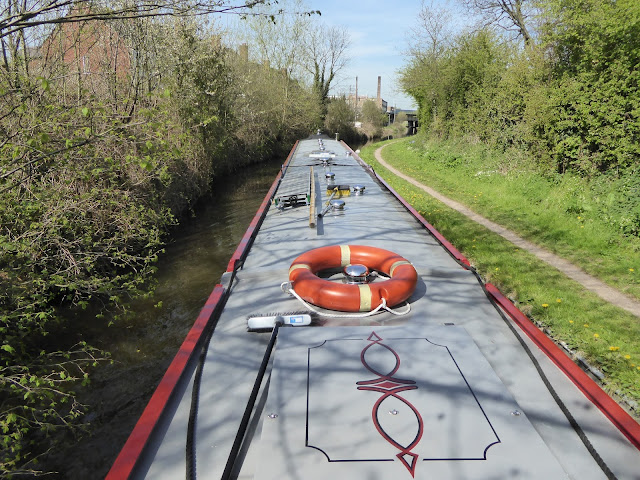 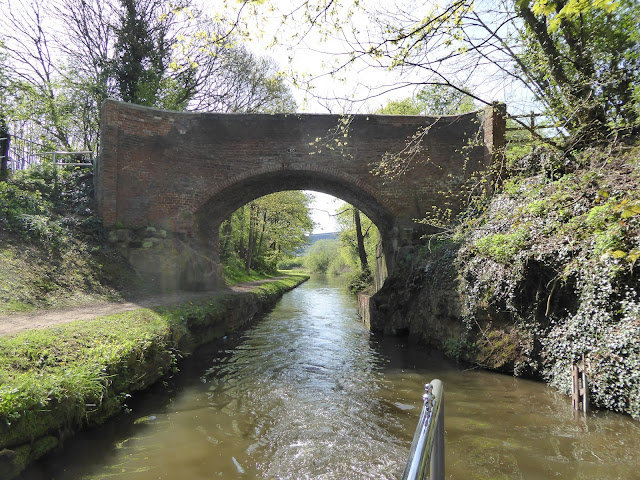 We haven't ever stopped in Rugely before but today there were masses of spaces, normally its full. 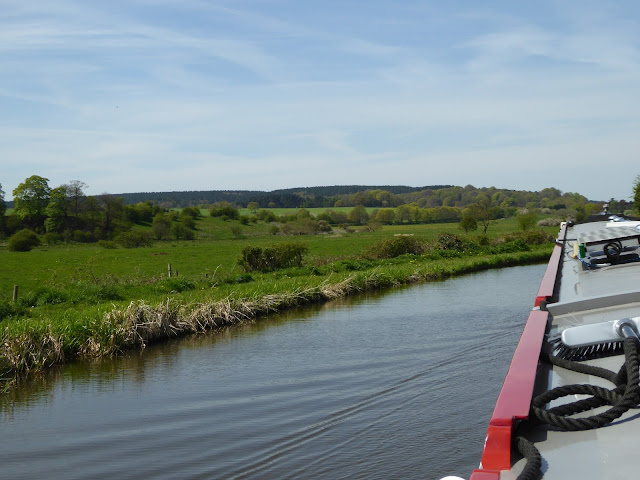 This stretch from Rugely through to Colwich Lock I think is so very very pretty, I love the way the hills seem to creep up on you from nowhere, its normally pretty empty but today all along by Taft Wharf were lots of boats, we have stopped here in the past but decided not to today.