Dawn as it was over the Blithbury reservoir, unseen by myself of course.  Photos curtesy of David.  Pretty colours eh? 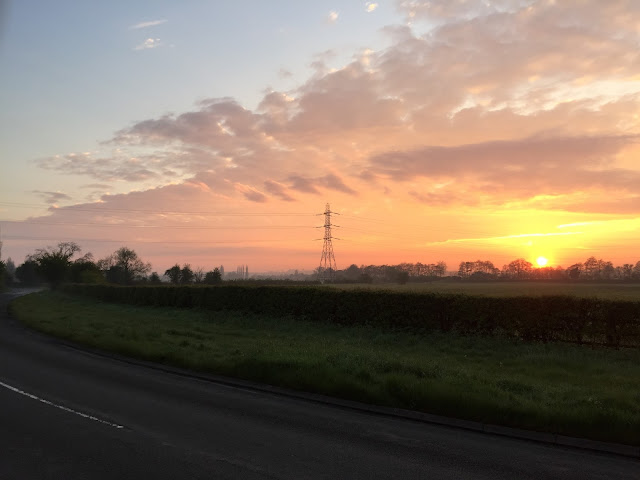 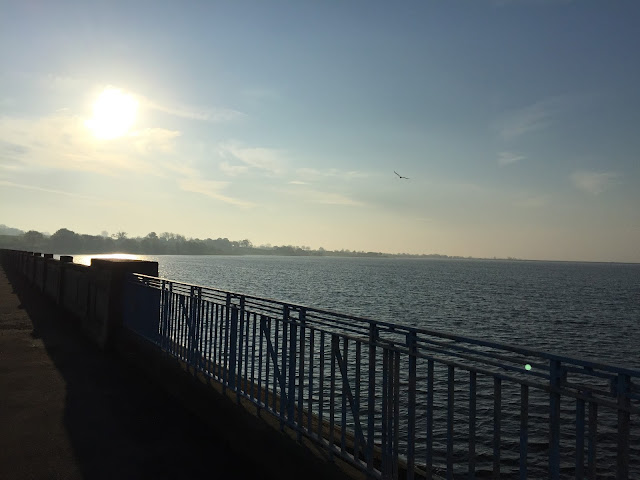 I was here, usual position when my buddy visits, in my bed catching up on vital family news.  (My bed hair looks better than my boating hair on many occasions). 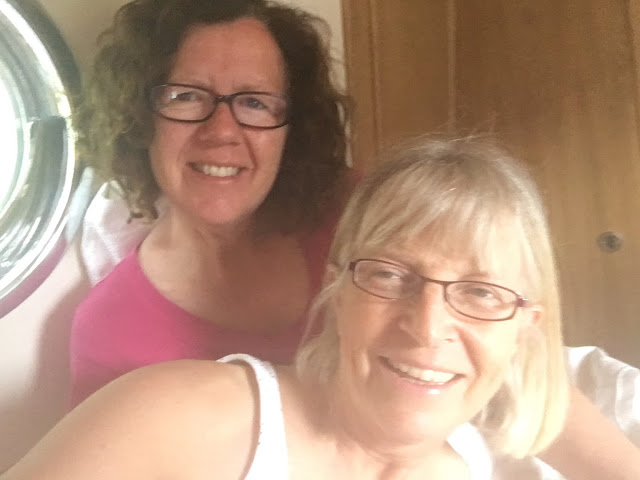 Lunch was booked for ten at The Clifford Arms in Great Hayward. It seemed a good idea to welcome Derek and Sheila from NB Clarence with coffee and Sparkle in the sunshine before we all walked to the pub.
Luckily, there were not that many people in the room and there was much laughing and joking.


Later we adjourned to the boats for cheese, coffee, port, Limoncello and two other liquors which were all sampled and approved of. 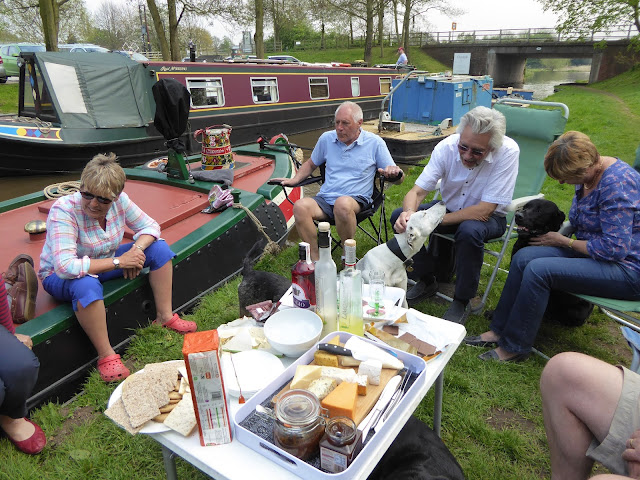 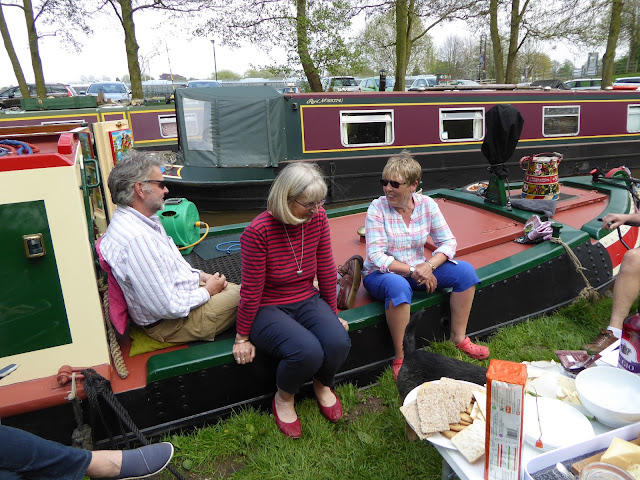 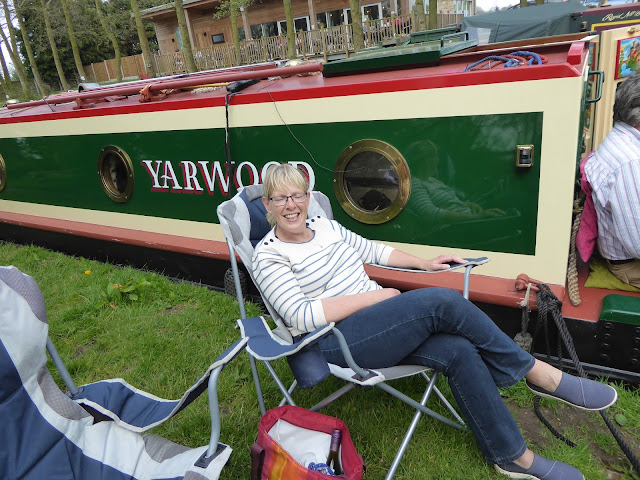 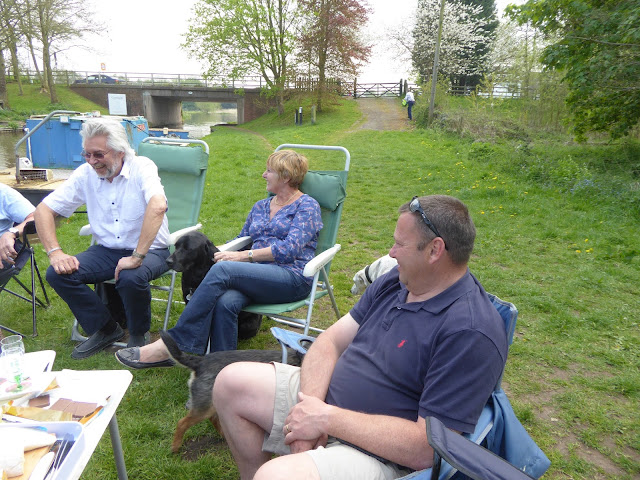 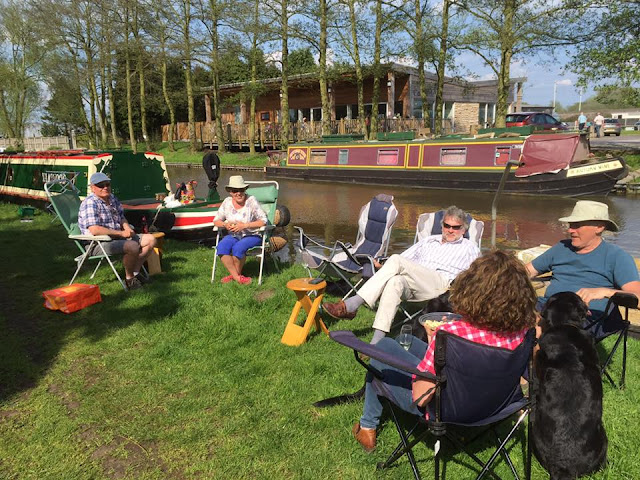 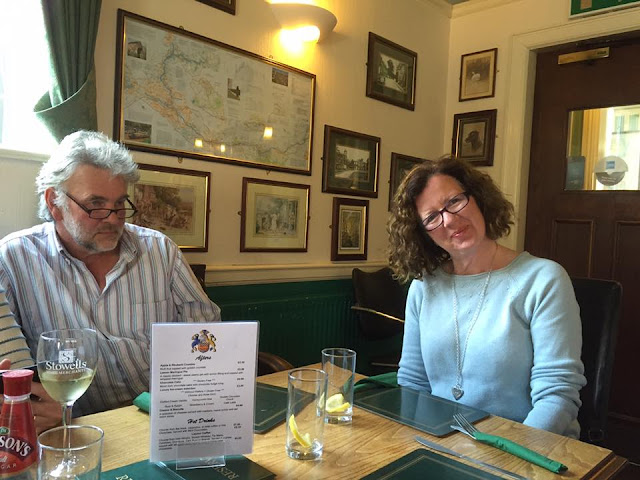 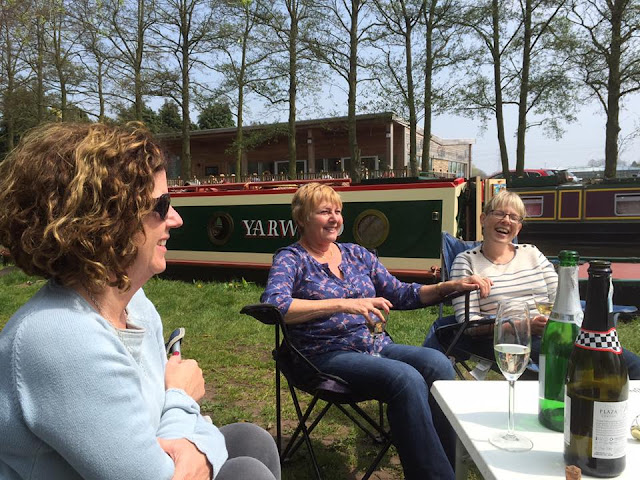 I understand this shirt with the port on has been washed and had stain treatments, the entire shirt has now changed in colour, except for the port stain, that has remained stark.

After a couple of hours, the heavens opened closely followed by hail, thunder and lightning.  Dog owners fled onto Yarwood and the others scuttled for WaL.  The rain continued well into the early evening, a bit late to then go and visit the "Plodders".
Game adjourned.

Lunch for me was Lamb shanks in minted gravy.