Arriving at Birmingham and good eggs.

The next morning after all the crew had had morning tea served by the captain we set off for the last few locks on this canal the Fazeley to Birmingham until the junction under the motorway.
I was glad to hear the locum crew had slept well.
I was quite sad to see this plaque, given that the award was 21 years ago, the place is so changed, so run down now.  British Waterways is no more and so many of the lock cottages have been sold off if not all. 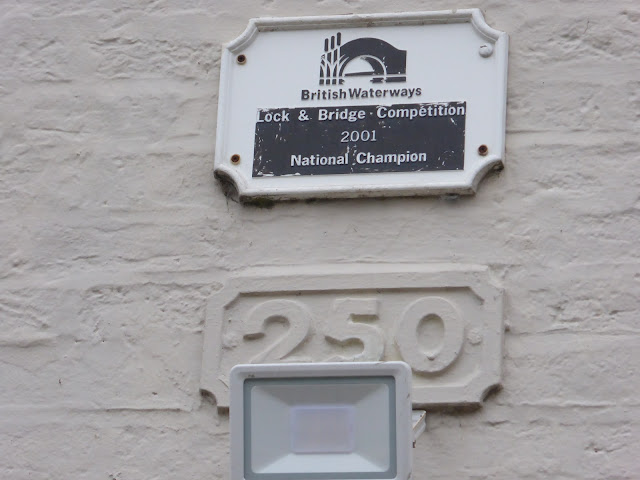 I was the advance party going ahead prepping the next two or three locks.  Plenty of rubbish discarded, I grabbed a couple of bin liners and we collected most of it including a sun hat out of the canal. 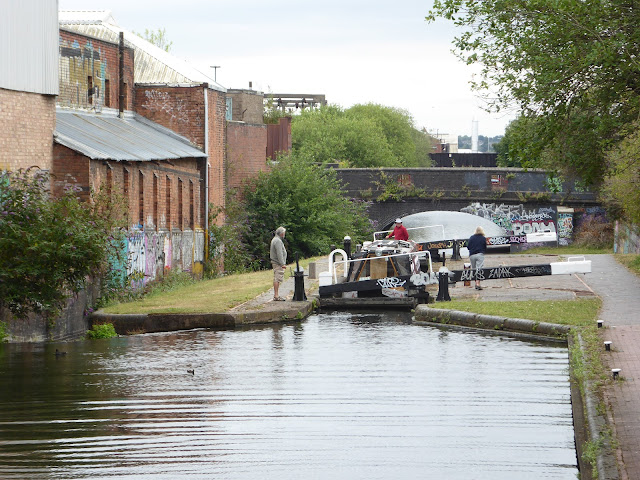 The old canal has not altered its route but has been built over in the very real sense of the word.  Its completely fascinating as the new and old buildings are mixed today.  But I wouldn't want to see anymore original canal buildings "Removed". 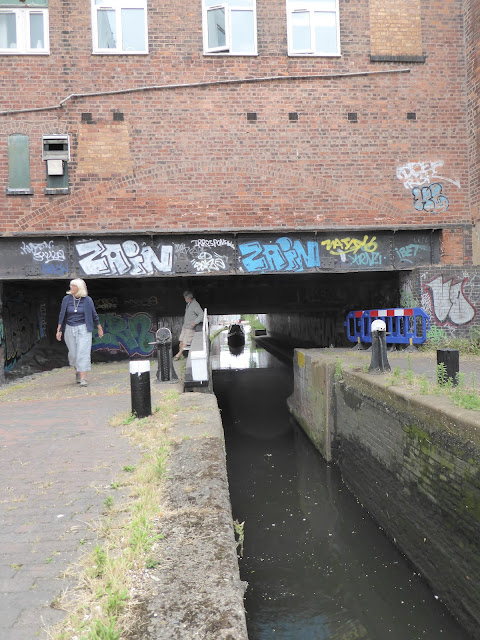 Almost at Farmers Bridge and to enlighten the hordes of Commonwealth Games Visitors here there were some hoardings up with photos of the canals in their day, I tried to get some shots but the reflections were bad.
As I prepped this lock below, the penultimate lock two smartly dressed chaps were watching and looking very interested.  Both from the Gold Coast (Australia), first thing I asked was are you going to vote for independence?
Answer;  I love The Queen! Not so sure about Charlie though.
Second question; Have you come over to see the Games?
Well we are on a business trip, lots of businesses from the Gold Coast are having a conference here...
Third question So are there no conference centres in Brisbane then?
So we are on what we would call a Junket.  We all laughed and I told them that we would call it "A Jolly".
They were very interested in the ancientness of the canals, not seen locks before although Reader Brisbane claims to have more canals than either Venice or Birmingham, however no locks so I said that didn't count. 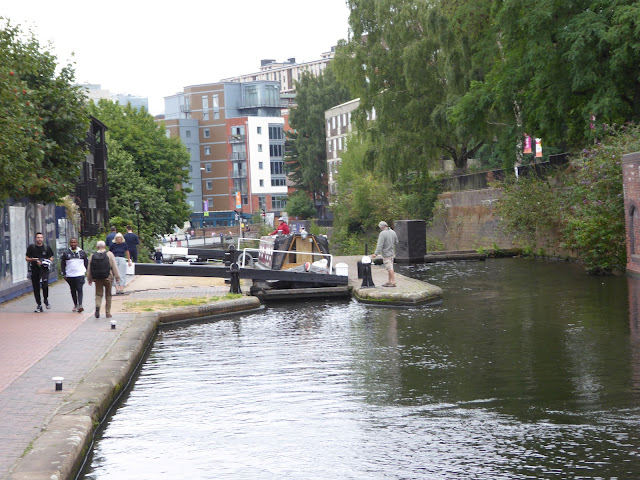 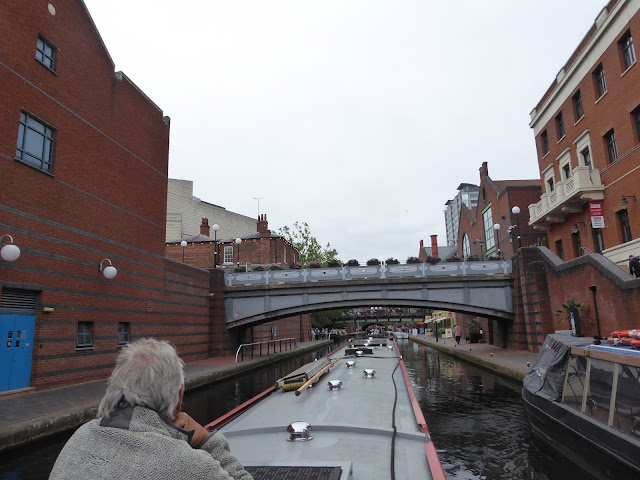 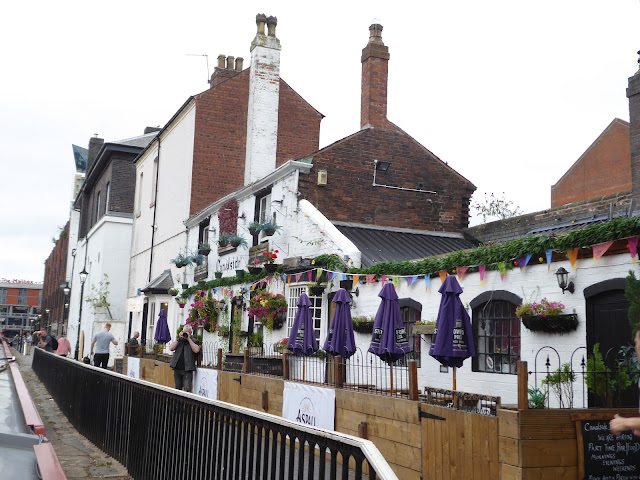 So we didn't get any sense from CART about the moorings apart from being told that all the moorings were Pre-Booked and it had been on their website (Who knew?).  I had been on the website to try and book but no joy and the website failed to accept any details.
But on entering the city centre we could see large spaces of mooring free.  But by now we have made different plans to receive our next visitors by mooring up at Hopwood which is out the other side of Birmingham and near to Alvechurch.
We arrived a couple of hours later at the pub, said goodbye to the good eggs who had worked so admirably for us and waited for the next pair to arrive which were Verity and Mitch who have driven up from London.
Later that evening David and I drove back to Fazeley to collect my car, sadly my new friend Carol was out so I just left a bottle of wine by her milk basket as a thank you.
Supper later again was feta, spinach and pine nut quiche with new potatoes and salad.
Posted by Lisa at 12:22