All fun at the Commonwealth Games

This morning we pulled forward onto the water point here to fill up.  Reader you know what it's like when you have visitors aboard, they flush the loo and run the taps incessantly.  But that isn't to say we'd be lost without them.
We set off early but reversing to the winding hole or turny round place as I call them.
But we were foiled by a boat moored on the winding hole.
Now David quite likes a gamble and fancied his chances despite a fallen tree across one side of the winding hole, as he progressed it was evident that the tree would win by taking out the cratch glass window.
He straightened up WaL again and called to the boat.  Reader it was before 8am and a Sunday morning...  Nothing happened.
I Yoo-hooed a bit louder and a face of a nice young man appeared, a bit flushed you might say.
He saw the situation and offered immediately to pull the boat back.  Another boat's crew appeared and also lent a hand then a nice young lady's face appeared in a skimpy top, also had a flushed complexion.  I think it was evident they hadn't been reading the papers.  But oh to be young again.
We had decided that having seen that the moorings in the centre of Birmingham were fairly vacant we'd take another gamble and try our luck rather than travel in by taxi or bus.
Its about a two hour run back into town, no locks but a zonking great tunnel.  I sent Mitch out to keep his father-in-law awake leaving Verity and I to have a nice coffee and book reading break.
Now Boaters might recognise this house, it's an old Toll House situated at the junction towards Lapworth Junction.  In the last years it caught fire.  I had begged David to buy the shell for me and we'd rebuild it but he wasn't keen.  What a joy to see that it's been saved. 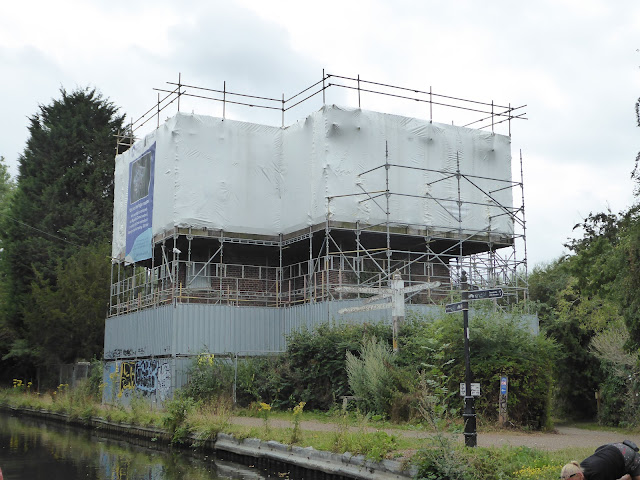 So the clouds melted away and we arrived at one end of the University moorings.  This suited us down to the ground as we had tickets that evening to see hockey.  The moorings here are sunny with a grassed area that firstly Verity put my yoga mat down to do a work out on, but we put the chairs out for a few hours to enjoy some warm sun.
Later we walked into town to have a look about, neither Verity nor Mitch had been here before so they got a flavour.

The city centre was full of visitors with a very friendly vibe all around.  This was the main merchandise shop which Mitch and I braved to buy a souvenir for my Athletics loving mum who was watching all at home. 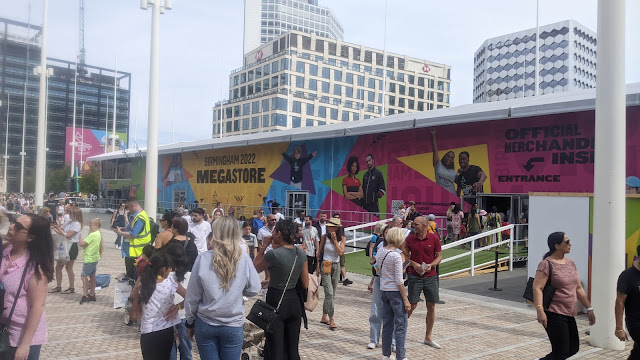 Now below is a bit of a quiz.  In the centre were badges depicting flags of the Commonwealth, (Remember Reader it was The Commonwealth Games)  I had absolutely no idea except no I can tell the difference between the Australian and New Zealand flags....
So if you think you are a bright spark have a go.  Answers tomorrow and no Googling.
I might just add my son-in-law knew them all but not Northern Island's, I only knew that as two athletes in the Para Triathlon had won a medal I saw their flag raised.  I don't I knew prior to that they had a flag. 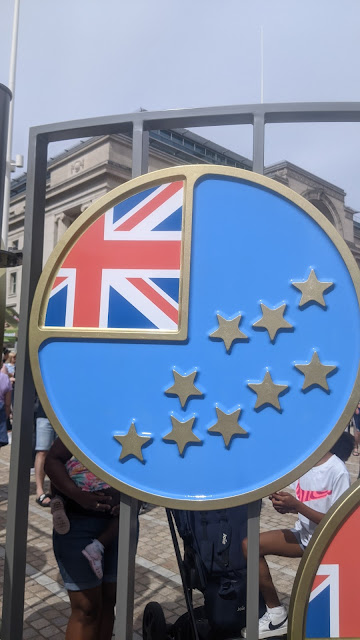 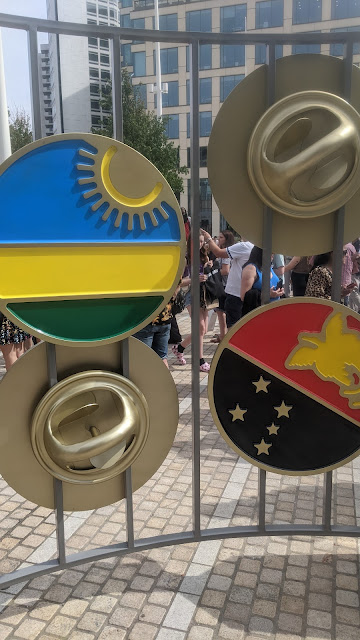 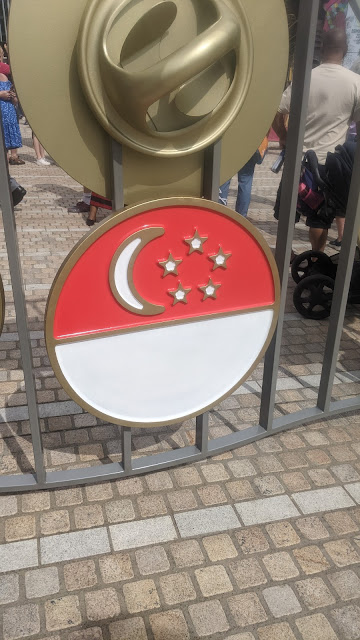 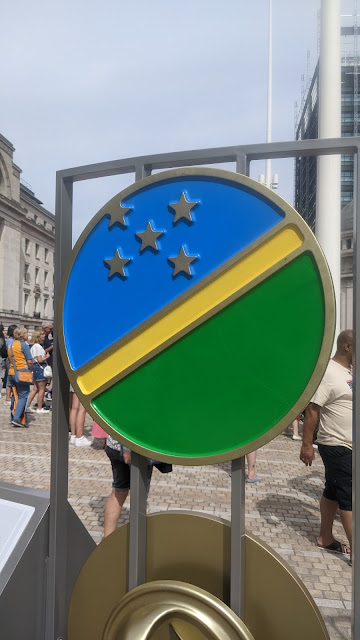 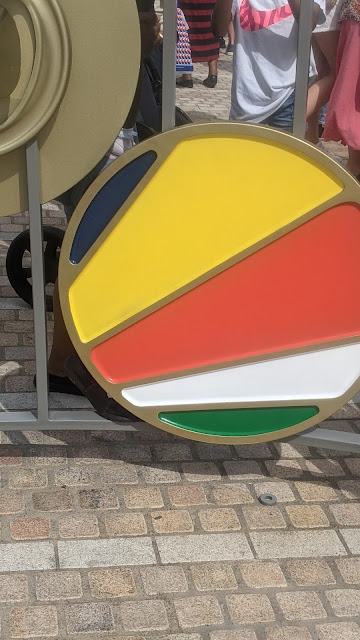 We had very early supper or a very late lunch at a Thai restaurant with very keen air conditioning but the food was really delicious.
We had time to walk the twenty minutes or so back to the boat, collect warm jackets and head out to the University Hockey pitches to watch some enthralling hockey. 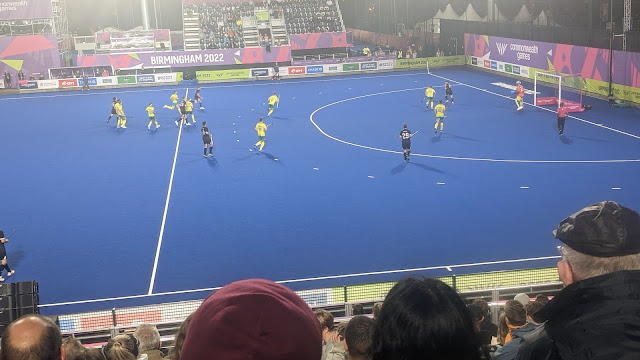 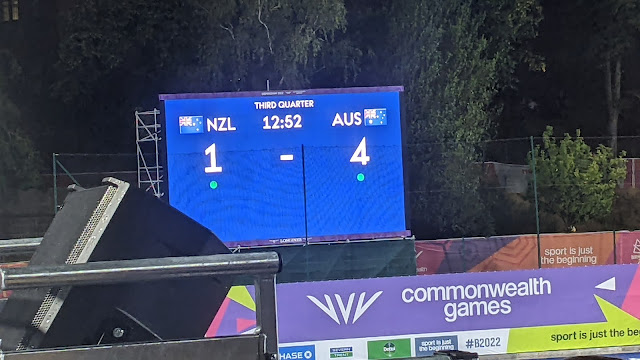