A day in Oxford.

We have the car nearby and had long ago decided on a day in Oxford.  Time does not allow to bring WaL all the way, especially at the speed we go when left to our own devices.
We had decided on the train.  When driving in the car heading towards Lower Heyford it seemed a good time to look at train times... Hmmmm actually should have done it before as of course we'd just missed one, the next one was in three hours time.  So Park and Ride it is.
I say again the Oxford city P&R is baffling.  I didn't have the correct parking app on my phone although I have two others.  I didn't have my own credit card on me, David did his thank goodness, it is possible to play with cash for the car parking but I haven't carried cash let alone coins since the beginning of the Pandemic.  Not at all annoying.
Finally on the bus into the centre of town, this part of P&R is simple.  But what did we find?  Oxford almost empty and plenty of available parking.
Seems the HOARDS of overseas visitors are not in Oxford this year, something to do with the Pandemic...
First stop, Waterstones, nearest coffee shop.  David couldn't help buying a new book called Why Do Germans Win at Everything of somesuch.  We'll be playing them at the Euro's next week so I'm told.
What's the Euro's anyway?
Next stop The Saxon Tower, what an amazing feeling to be climbing the steps that    HERE  that people were climbing between 970 and 1021 years ago.  (Lets not be picky that it actually has modern metal stairs today but you get my point.)
These are some of the Gleaming Spires you can see from up there; 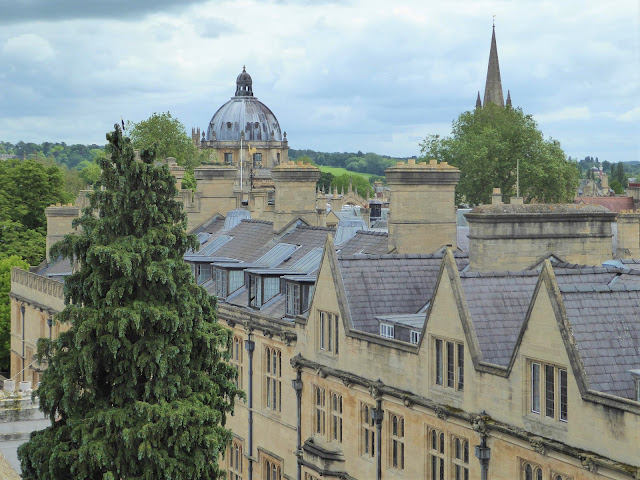 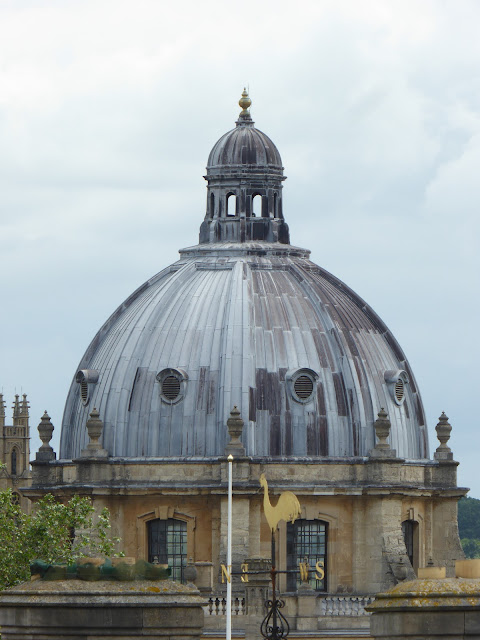 Next stop The Ashmolean for a top up in art.  I have to pick and choose galleries carefully so as not to frighten David and put him off for life, (or the next gallery trip anyway).
Here are some of my favs. 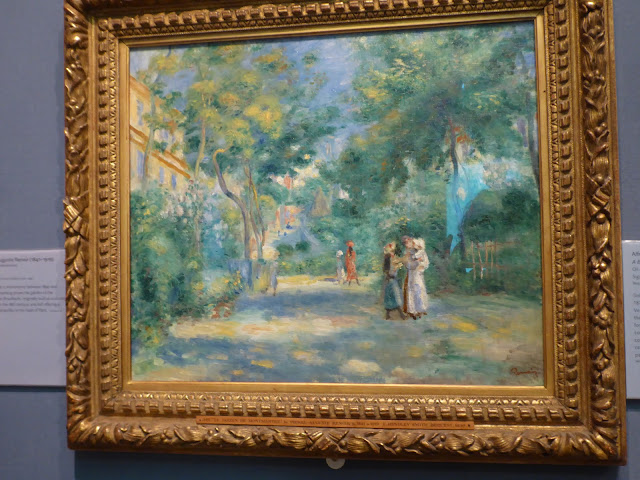 It got cold, so cold we brought new clothing to keep warm  later we found a coffee house open, staffed by students and the majority of the customers were students too.  Lots of talk of exams and retakes not that I was listening or anything.  But very few cafes open.
Sad.
Now a long time ago on his blog, Neil, or Mr Herbie as he's know in our house   HERE  recommended a pub in Jericho called The Old Bookbinders Ale House, now if you used to watch Morse with John Thaw all those years ago, you might remember a murder took place "down in the rough part of Oxford by the canal"
but today Jericho is expensive smart and desirable (to me).
We followed our noses to find it  and discovering in the process an amazing church which looked like it could easily be located in Florence or Rome.  HERE   A cracker.
It was built in the mid Victorian era, by  fans and benefactors of the Oh So Modern, at the time Pre-Raphaelites they wanted their church to be down amongst the poor and Jericho then was absolutely that.
fabulous inside, simple but uplifting.

The pub was great, we'll definitely go there again a French inspired menu, thank you Mr Herbie.  We were kindly given a table on the proviso we left by 7:45 which we did by miles as there was a pub quiz at 8pm.  Now I quite like Quizzes but can you imagine the standard of  questions in this university town??? And yes there were lots of students entering the quiz.
We walked back to the bus stop and reflected on how tough shop owners must be finding it in this town in the current times.  Many shops were not open, many more empty and boarded up.
Roll on the UK's borders opening fully and the return of the tourist hoardes.  Oxford needs them.
Supper was  cod wrapped in palma ham with homemade pesto with roasted Mediterranean veggies and apricot cheesecake which I am going to try to reproduce at home sometime soon.
Posted by Lisa at 23:59