We landed back at Norton Junction to retrieve WaL, carrying the four bags along the towpath on and a bag of groceries too luckily no rain.  Now that would be miserable.
But a bit of unpacking, started the engine, always a good sound when she sparks into life and the heating on.  A long drive so an early night was in order.
Early-ish the next morning, after David had popped the car somewhere safe we reversed through the junction, turned WaL and reversed back onto the water point, topped her up, took the rubbish to the slightly hidden bins at Norton Junction and we were ready and waiting for John and Louise to bring
NB Ploddin' Along into view, John had said about 11am and at 10:58 there she was.
Not only John and Louise but Al and Del from NB Derwent6      HERE    appeared as if by magic with the saintly intention of helping both boats down the Buckby Flight.
There was for the next couple of hours much giggling and chortling as we all worked together and seemingly arriving at the bottom very quickly. 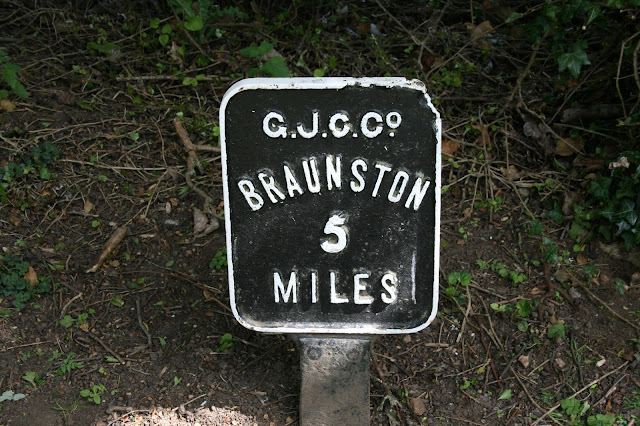 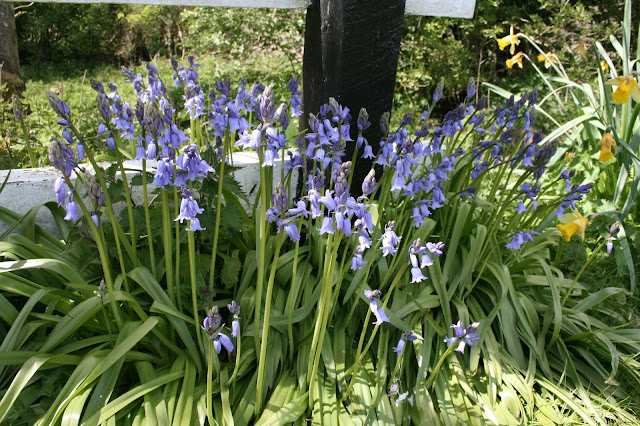 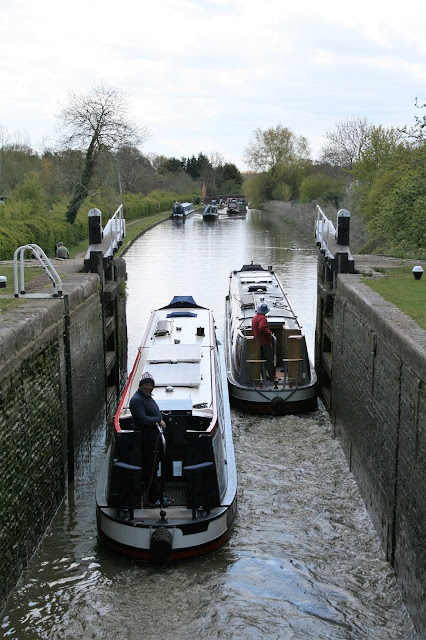 We caught up with a hire boat, two couples, related, and the couple who had actually hired the boat had fallen out somewhat with the other lady (related), Lady 1 had described how they had hired previously four times, but Lady 2 insisted on bossing them about and telling them how to do it.
I suggested more gin, but she counter suggested with murder but I though lots more gin would be preferably.
Ummmm I wonder what happened....

So from left to right;   Del, Lisa, Louise, David, Jasper doggie , John and Al.
We carried on after a while eventually mooring up just south of Weeden.
Posted by Lisa at 17:03