Safely in a nice place.

Our time on the lovely Still Rocking is coming towards the end.  We had to get to Goring which is further up the Thames.  But in the meantime the weather was changing and a severe gale were forecast.  We had stayed the extra day at Sonning and now we had the choice of stopping at Pangbourne (And visiting The Swan where we had enjoyed a tasty lunch) but the wind was going to pick up during the day and I was anxious that with the wind direction as predicted we again might have problems mooring up with the wind blowing SR against me whilst David was whacking the stakes in.  I decided for us  that we would sacrifice the Swan and push onto Goring where geography meant the visitor moorings are more protected.
So to get to Goring in time to bag a mooring we wanted to arrive at about 11am, thus leaving Sonning at about 3am, I jest but it was a very early start.
The beauty of doing these early starts are having the river to yourself, seeing the first ripples of the day on the water and in David's mind the top benefit is having the locks to yourself. 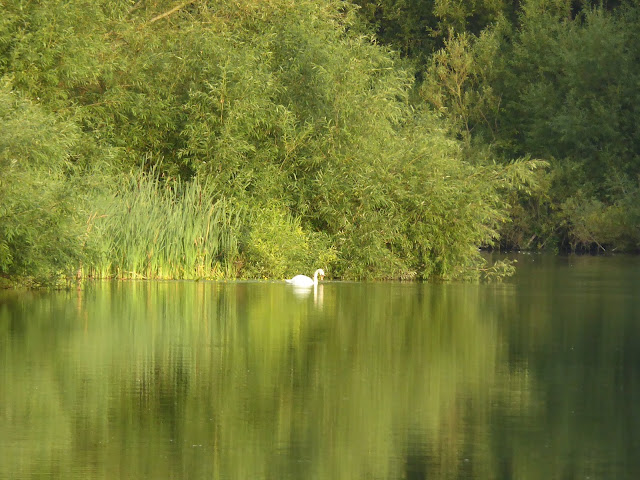 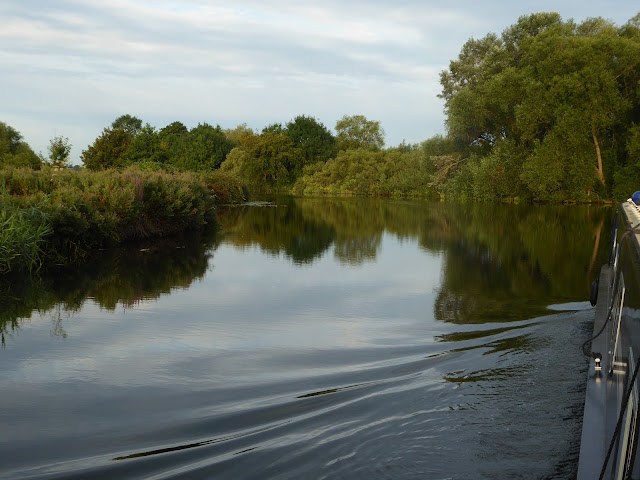 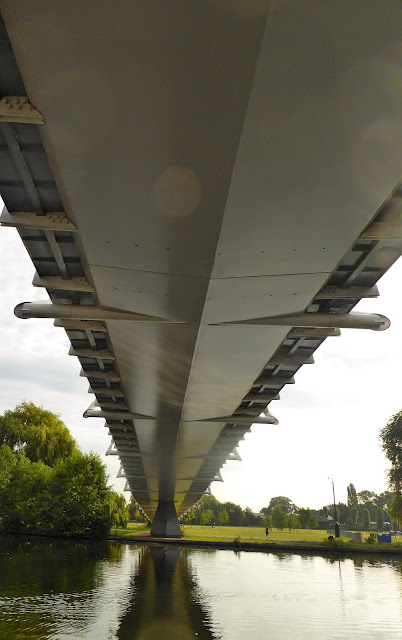 Here at Mapledurham Lock, I had had to pick my way through copious amounts of cow poop.  Surprising to have it on the side of a lock but there it was. 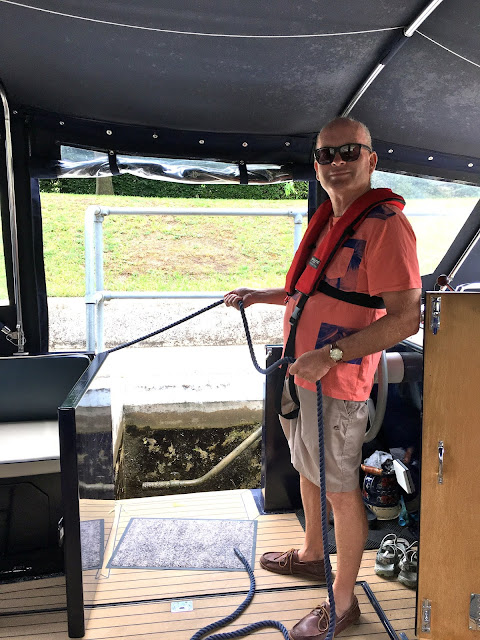 I've snaffled this image of Mapledurham lock below, if you loo carefully, you can see that in the bottom left hand corner is the lock landing, but to get to the lock itself you have to go through the corner of a field.  Some twit last night had left the gate open so the cattle could come and do their thing all over.

The beady eyed amongst you will spot The Africian Queen on her home mooring here too, she wasn't there though today. 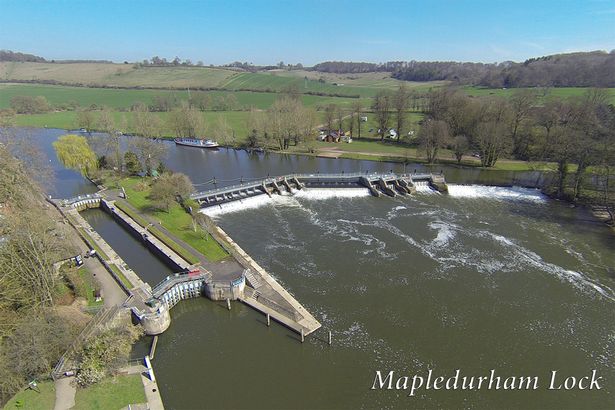 I can't find anything online about this postbox at Reading.  There was an earlier one at Sonning on the Listed Bridge, the local Council insisted it was removed, but this one here remains.  I like to think of it as a "Banksy" of the waterways. 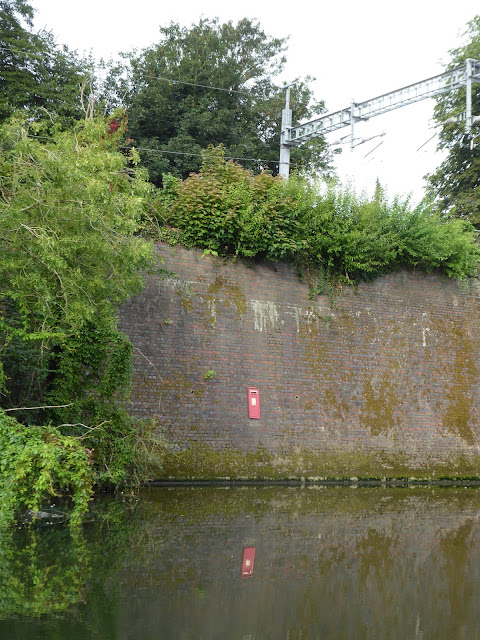 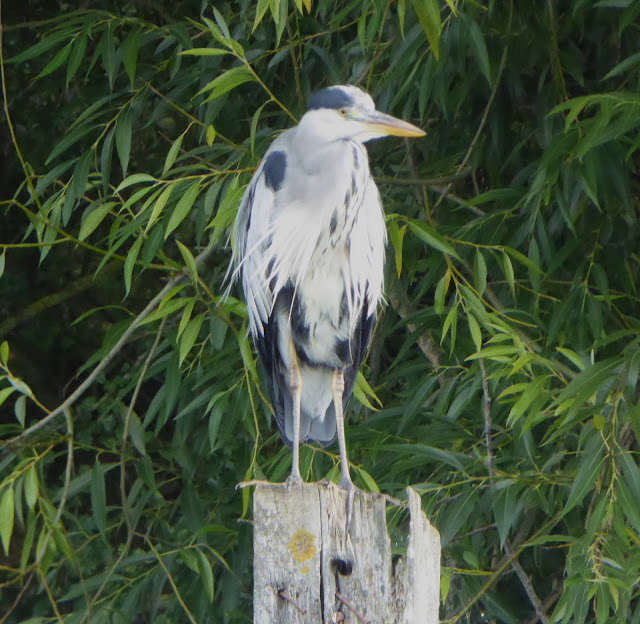 The last stretch of the Thames up into Goring is very lovely.  Thickly wooded the river seems to narrow and then you realise that you are in Goring Gap, a bit like a giant funnel, you go around a bend finally and there are the moorings.  there were plenty of spaces and we nestled in, as close as we dared to a cruiser, we didn't want to leave a Git Gap on these honeypot moorings.
We finished faffing around with ropes and David started to wipe off the roof, several boats left, it was just after 11am after all and folks were just starting their day.

I cleaned the windows and David started watering and deadheading the pots.  The violas are going over a bit now but the lavender looks good.  As the wind increases tomorrow and the next day we'll watch the lavender and maybe bring it inside.

Later as we sat on a bench alongside SR, a tiny vintage boat came up and went to get into a space next to SR, David offered to take their ropes but they were only getting out of the way of The African Queen who had just come out of the lock.  I don't blame him either. 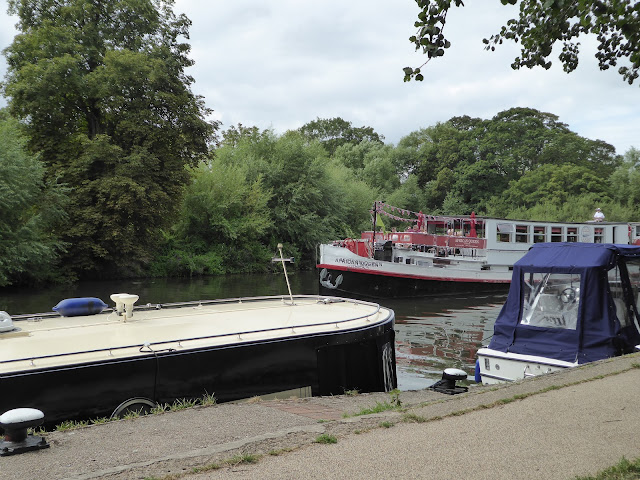 The forecasted rain arrived a bit earlier than we were expecting and a high level of smugness settled on me.  We snugged up and watched it lashing down thankful that we were moored up, warm, dry and comfy as other boaters were not.