So today the weather started off fine, went downhill a bit, recovered a bit and then got cold but a lovely sunset sky.

We went out for a bike ride.  Our route actually took us further north than Debdale Marina, so it could be argued by some (Not mentioning any names here) that in the five days of cruising we have gone backwards and not forwards.  Reader you can make your own mind up.

To exit the canal we went over this bridge and saw these two boats moored here.
To our guesswork these two boats have been here a few years...
Now the evidence from Maffi is    HERE    that was dated 11/05/16.  So then CART what about that?
Or Reader do you know better than me?


So we whizzed off (Me wearing my new cycling shorts with extra padding)  an unappealing look but frankly worth their weight in gold).

During the ride we saw more of these horrors (Canadian Geese) eating their way through this wheat crop. 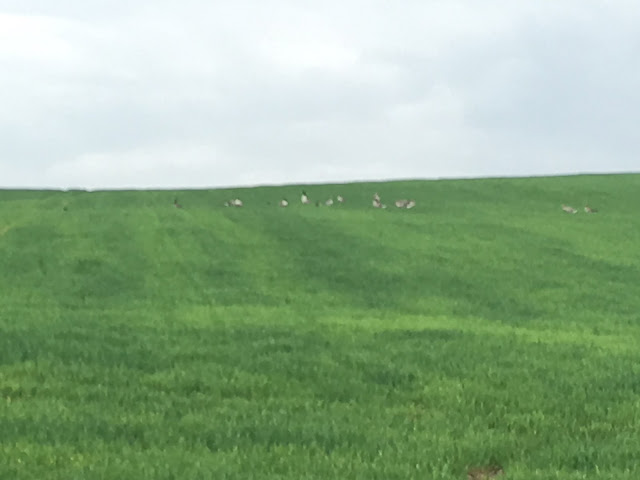 Wild violets.  David's father Tom picked these for his mum every spring, after he died I picked them for her and since she died last December I shall always think of her when I see them.
(They grow our in garden, I didn't pick these),


Now believe me when I say that this lane was steep, obviously I walked up.  A lovely view towards Saddington and its reservoir which feeds the canal there.  When all of a sudden a young woman cyclist came past me, I urged her onwards and called to David at the top of the hill to give her a round of applause which he did, she said I'm only going at walking pace to which I said I had had trouble walking up it, I love the power of women. 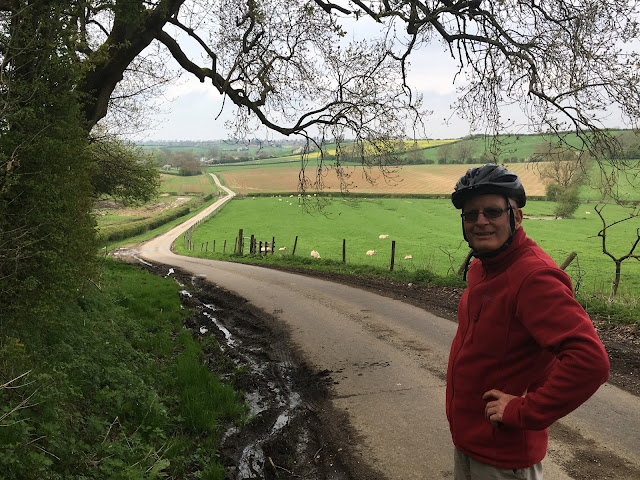 Quite a selection of Pretties at this time of year if you just look carefully. 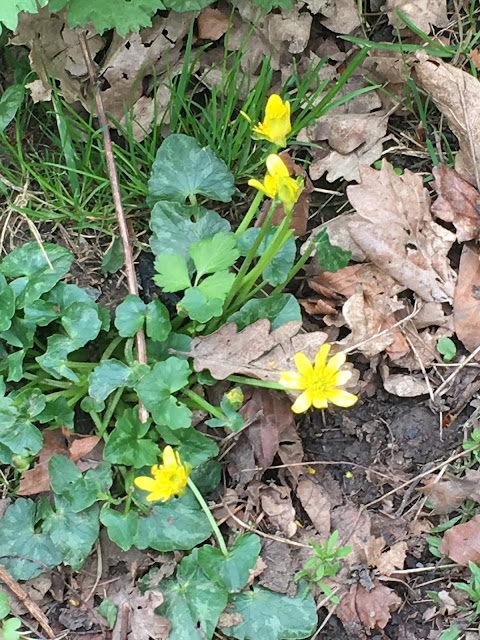 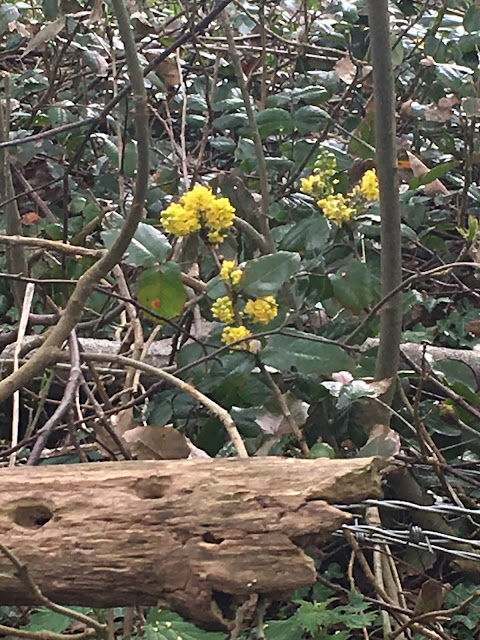 After a swift half in The Bell at Gumley sat out in the sun,  we headed back to WaL.
Now Laughton is a village we always drive through to get to Debdale, it also lends its name to my favourite mooring  on the whole network, The Laughton Hills.  But until today we hadn't explored it.  Striking houses in this tiny village, built with money from The Wool Trade.
Here are the ones I consider the most handsome.


Around the corner is St Lukes, the oldest parts dating back to the C13th.  (800 years old for the benefit of Americans).
What treasure this country has. 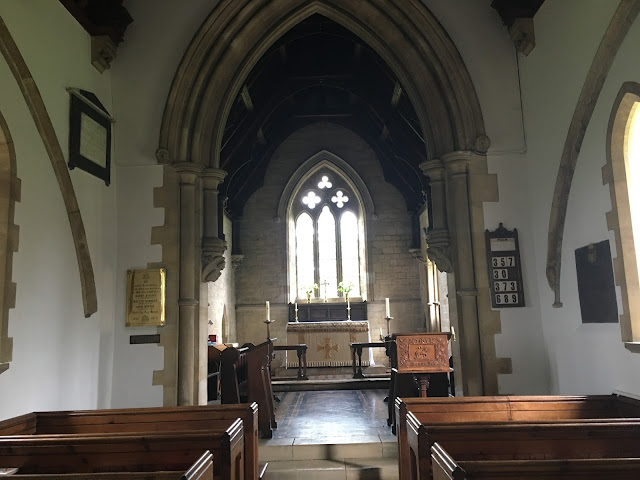 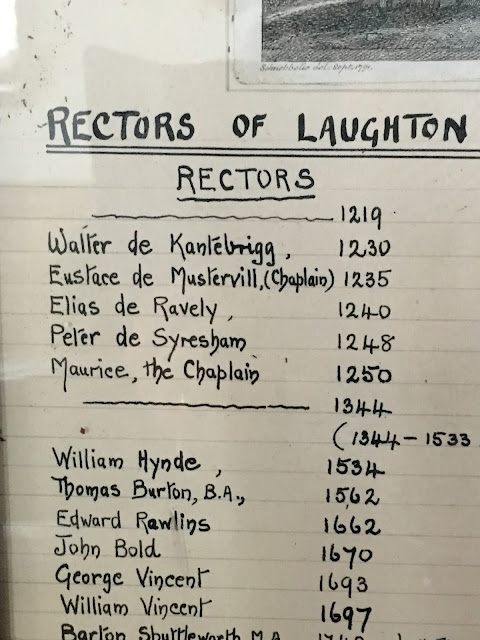 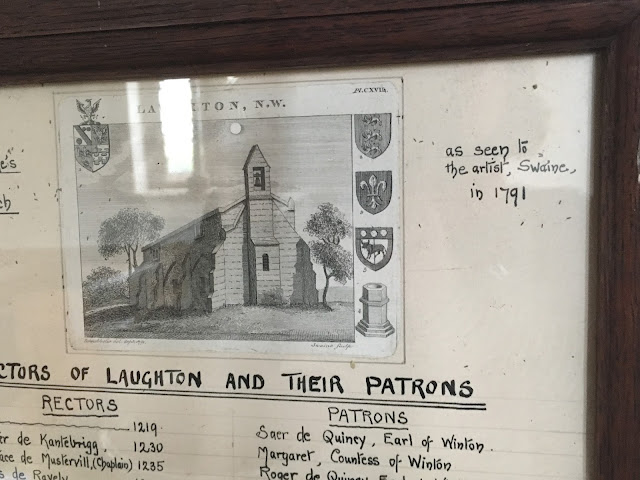 Now the day had started with David asking me what I would like to do today.  I said to have Afternoon Tea.  I went online to see where the best Afternoon Tea venues were in Leicestershire, Kilworth House was the answer, happily this is only around the corner.
The menus and prices were online.  £25 pp,   £35 with a glass of champagne, well obviously I would want more than one glass.
So, we decided that as we had the loveliest of views, champagne already in the cupboard.  So I made fruit scones, David made the sandwiches ( I hate making sandwiches don't I Amanda?) and instead of paying £70, we estimated we spent £15 in total.


Moving tomorrow
Posted by Lisa at 12:47