Get to the very end and then keep going!

So we made our way very slowly further up the Ashby canal, this really is a most lovely section, its bendy, the bridges and the tall wide flowers although there is a bit too much of that pink one.
Have a look at the photos and see, you have to keep a watch out for oncoming boats. 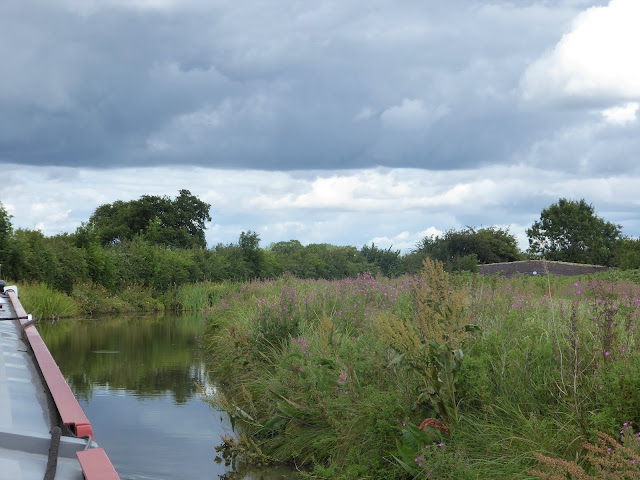 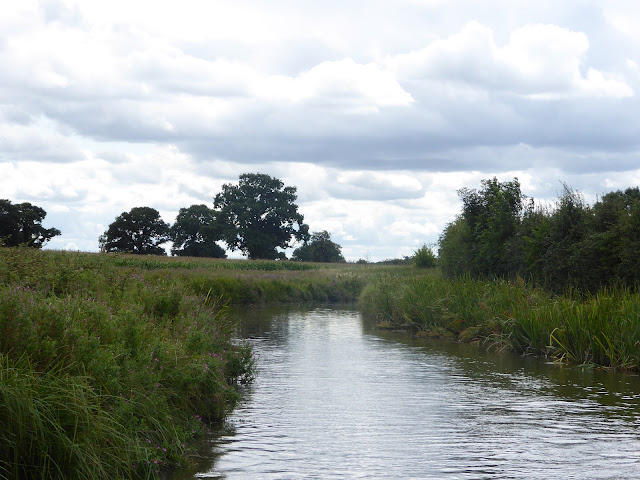 You absolutely get a feeling of being miles away from everything.
Below on the moorings south of Shackerstone was this chap and his aerial, well I shall resist schoolboy jokes but I have to say the internet is pretty poor around here, that's the other side of getting away from it all I suppose. 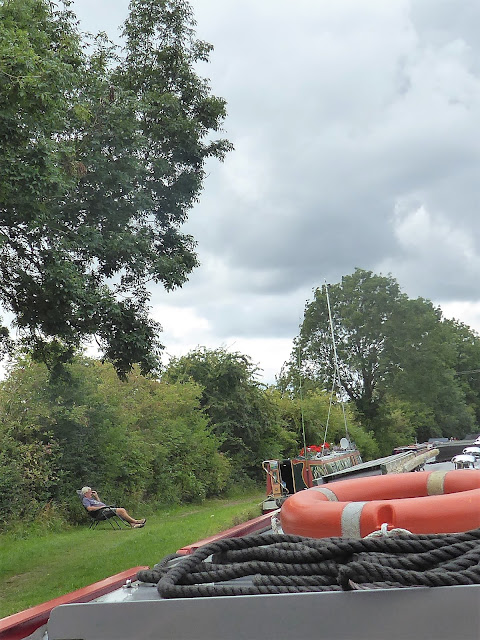 The photo below is of the long crescent shaped moorings here, on the left are the permanent moorings and on the right looking northwards are some spaces for visitors.  Its a most attractive spot. 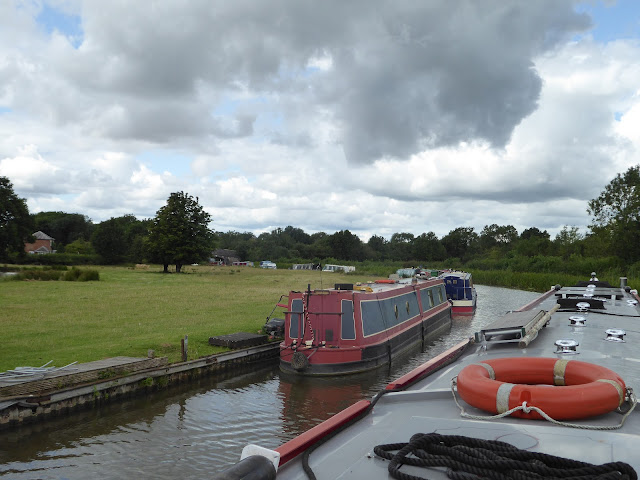 The canal now opens out a bit more with views over open farmland and ripening wheat.  From a farming and seasonal point this is my favourite time of the year with the golds and olive greens stretching out for miles. 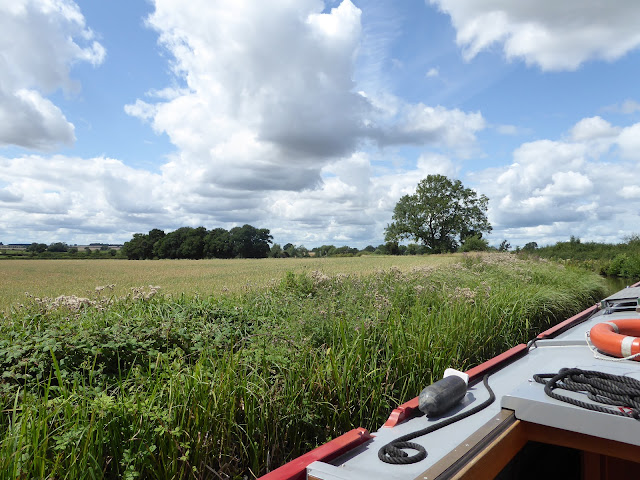 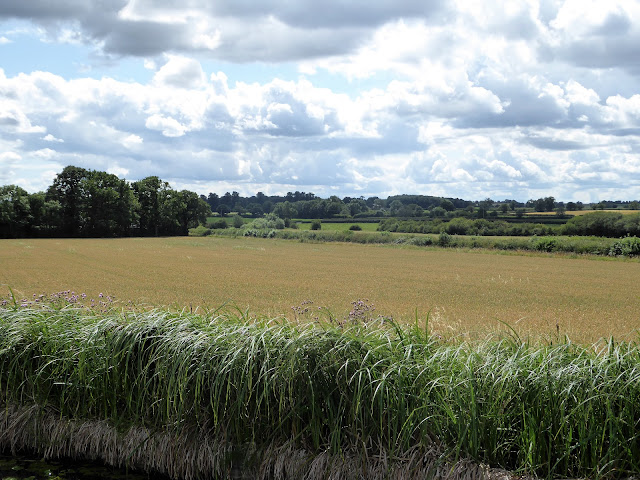 I'm not a fan of willows on a good day, but cases like this drive me mad, David crept forward in the hope that any oncoming boat would see our nose....  Nothing was coming, the tree is part of a garden.

Two beautiful stone bridges mark the approaching terminus of the canal today, after the short tunnel that goes under the playing fields at the village of Snarestone. 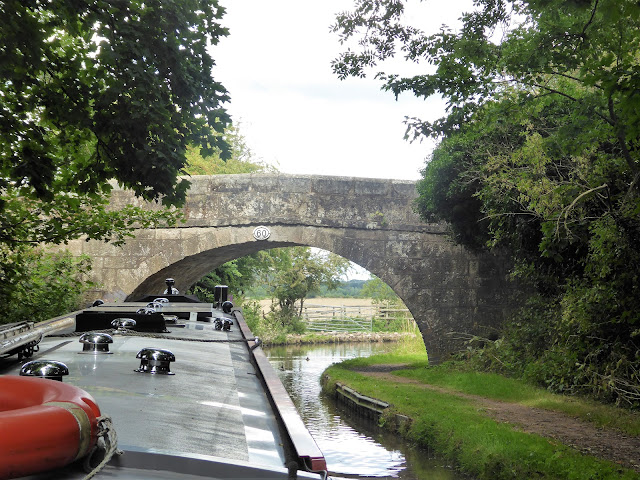 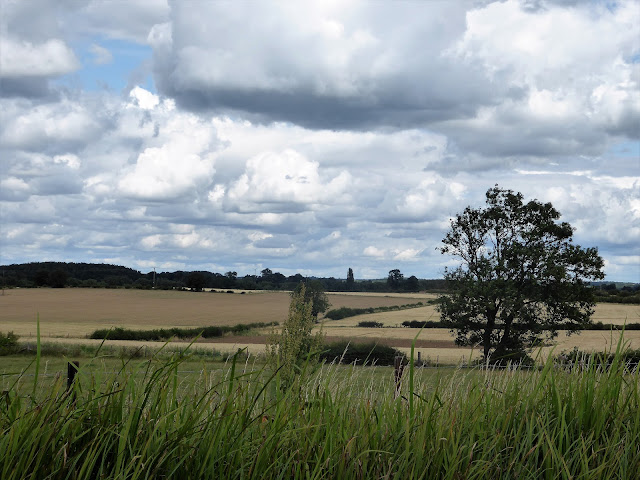 This is the last bridge and we recognised this oncoming boat as being a hire from Ashby Boats, the family were having a grand time but not actually looking in our direction as they took the bend, but there was room to avoid and we told the captain that there was another boat out of sight for him that he would meet on the bend and bridge.  The captain was French, we think he understood us....
If fact the boat following us had appeared at a distance, but got closer and closer which meant he would have held his speed past moored boats.  Something bound to cause those boats irritation.  But we carried on at a speed which was fitting for this canal shallowness, when we got to the end he was completely on our tail.
When you arrive at the end of the canal not at all far from the village of Snarestone, there is the winding hole (Turning circle for my non-boaty friends), we intended to wind WaL (Turn around) and reverse WaL through the wee swing bridge to take advange of the visitor moorings here 48 hrs that is here along with the Ashby Canal Society shop, cafe and
brick-a-brack or if you are American, Antiques.
So D turned WaL nicely but at 70' it took a minute or two, then I noticed that the crew from the boat behind had come up on the path gone past us and "Asked" the lady representative if they could have the last spot there that David and I had thought we were having as we were in front of them.  As we reversed though the bridge we asked, not knowing that she had already, if we could moor there,
"You'll have to sort it out between yourselves"
Reader I have to tell you I thought it was dead cheeky of the boat behind, you should have seen the crew members body language.  Anyway, another chap called out to us that if you carry on reversing around the corner there are masses of empty moorings which is what we did and we were so glad we did.  About 200 metres of free, private mooring. 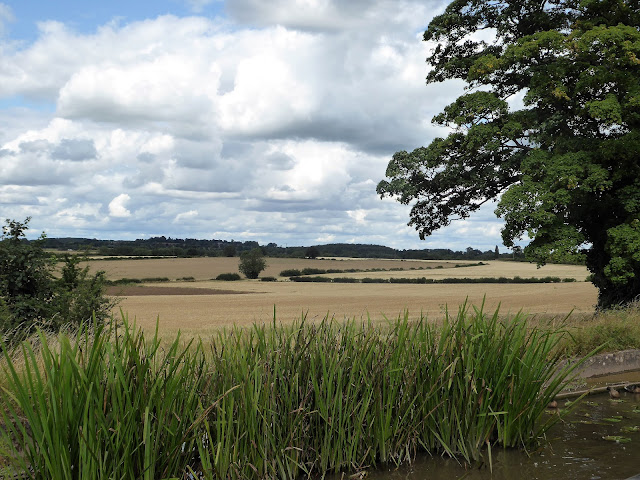 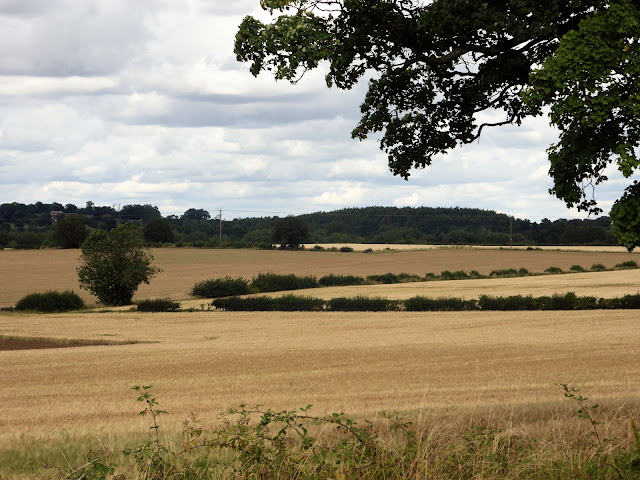 Ignore all those shots, they are really included for my own benefit when I read back on our trips over the winter. 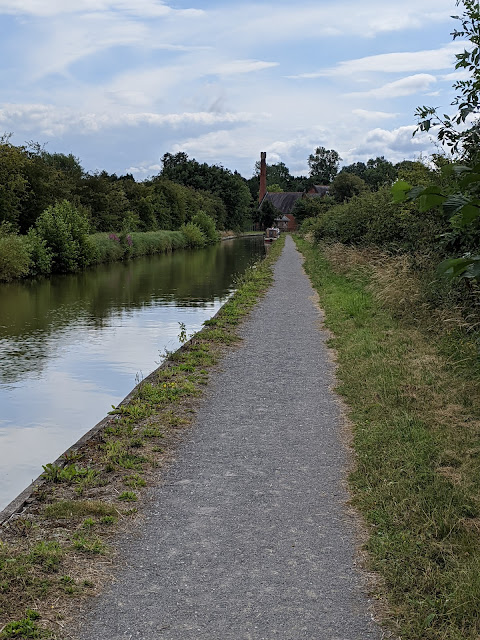 This was our mooring for the next couple of days, hardly anyone walking past and the boat that was bad mannered can have all the walkers looking in.
Supper was finishing up the packets of Falafel with salad, the peaches and raspberries with yogurt.
Posted by Lisa at 10:54