Small confession to make, in the intervening weeks away, we were sneaky and had a quick week on WaL with a daughter and SIL, but I "Forgot" to blog......ahem.

So by way of an after thought, I'll do a quick recap and post a few photos.

A few days later it was our own two Grandchildren's birthdays, Luca and Freya are just one year old now but by golly a lot has happened in their short lives.

So we arrived back at WaL and had a few days before they arrived and by good fortune, we met up with new friends David and Sarah from NB Hodma'dod, they popped down to Tixall to spend a few days while they awaited an important delivery.  Luckily we were at Tixall by then too.  The last time we were together for a few days was last year on the Staffs to Worcester when we were having the solar panels fitted at Wolverley.  We then travelled with then down the River Severn and parted company at Tewkesbury.  Although live-aboards they had spent Lockdown in their sons house whilst he had an extended stay in Portugal, every cloud so to speak.

We were in Tixall to have a bash at painting the other side of the gunwales black, we had managed to do one side while we were up on the Ashby back in August.  Goodness that seems an age ago now.  But we didn't get chance to complete the other side  due to the extra hot heat!

WaL looked a complete mess before, some will say not an awful lot better afterwards, but that's enthusiastic amateurs for you, (Actually I'm not everso enthusiastic) 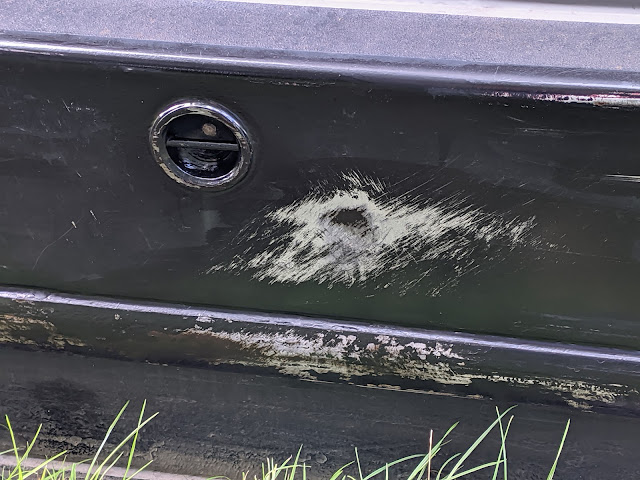 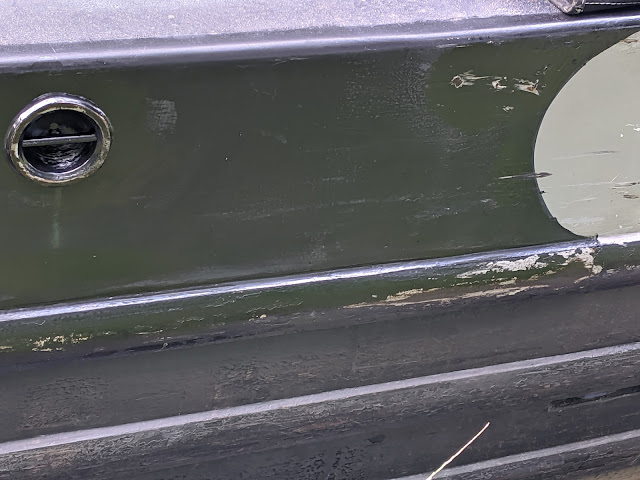 I might just say that I'm not responsible for many of these gauges and scrapes.... 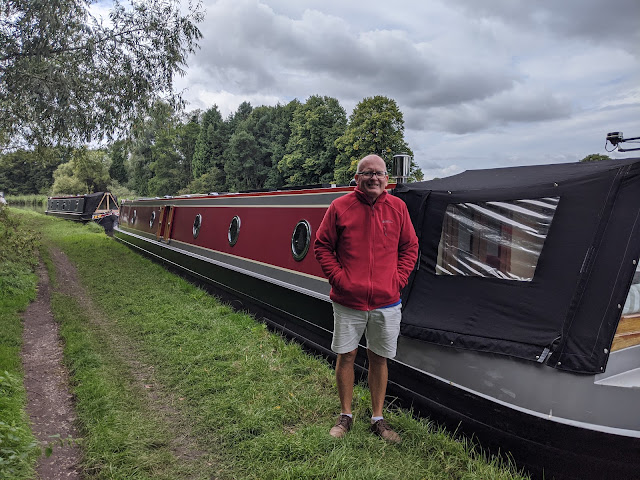 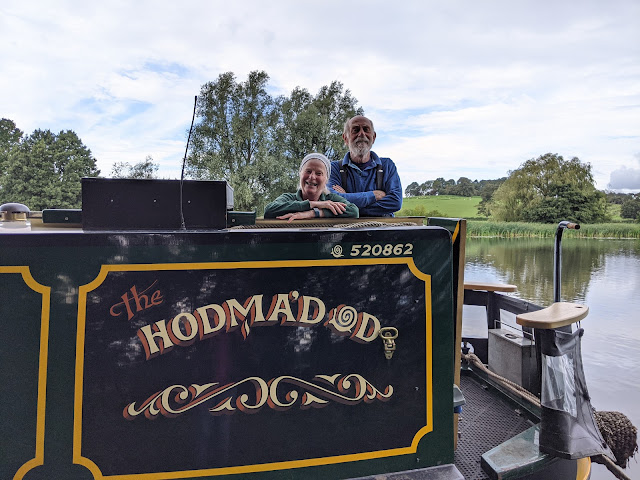 The glistening Hodma'dod with its owners Sarah and David.
We said our goodbyes to the Hoddies and after turning made our way back to Great Haywood Marina, thankful that our company were delayed some 15 minutes giving us time to moor up.  They jumped on and off we went again, out onto the Trent and Mersey canal and northwards.
The Hoddies had been this week in the Plume and Feathers pub at Barleston and had rated not only the food but all the Covid19 stuff that goes with these days, so we had in mind to take the visitors there for Sunday Lunch then turn and head back so they could get home again in time for work.
It meant an early-ish start the next morning after mooring that teatime above Sandon, but the insomniac did so and we had a most pleasant cruise over the next few days.
Our SIL (son-in-law) Mitch frequent flyers to this blog might remember is from NZ, so he spent the week pretty much bare foot, he leaps about like a circus acrobat, I begged him not to jump across the empty lock over WaL as she came in..... I know he can (and has) easily cleared jumping a lock but he was going to do it without a run-up and my nerves really couldn't stand it.
So nice having hardy guests, when it rained they stuck it out and I lounged into the cratch, watching.
We had fearsome card games.  Our favourite is called Hearts and can only be played with four people, so when they come we always play.  Did I tell you Reader that Mitch the acrobat is also a complete Card Shark?  He counts cards and knows by some magic who is holding what, he rarely looses but oh my golly he didn't win on one match.  Usually I come last but on two days running Reader I didn't.
They also taught us a new game that David and I can play, but I hate the name 'Shithead' so I am trying to make another name up. 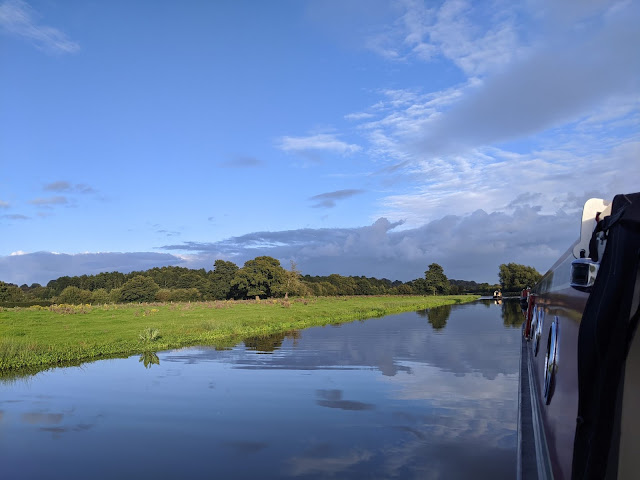 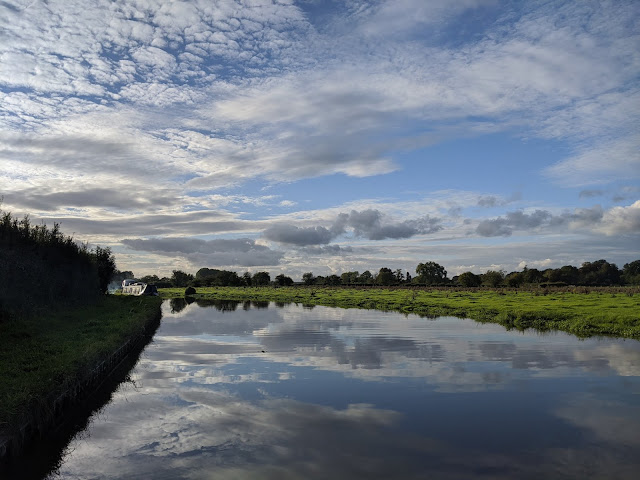 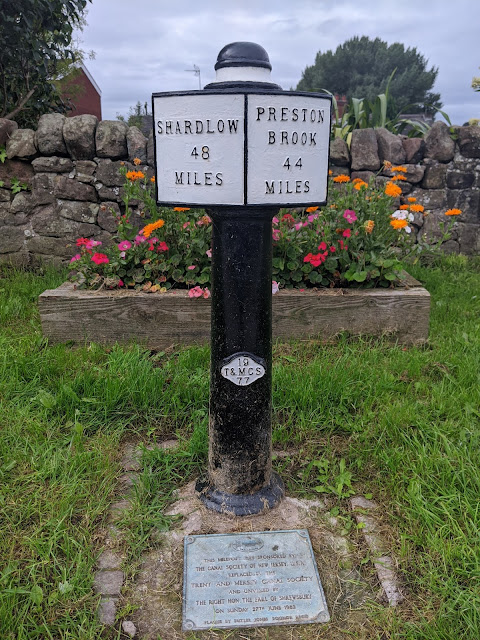 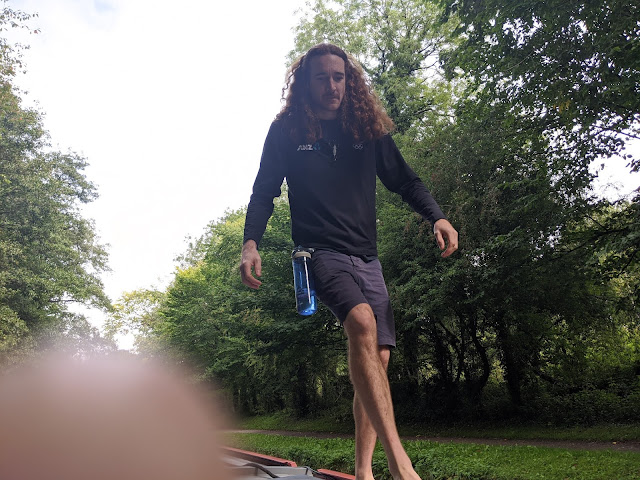 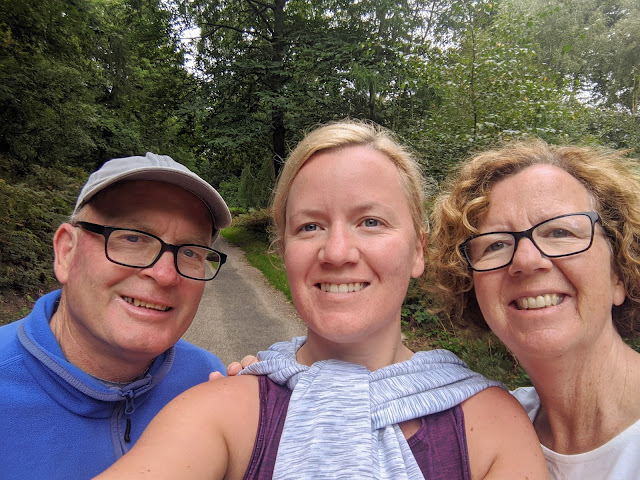 So it was a lovely few days together, The Plume of Feathers has got Covid19 sorted with very effective measures in place and we were all relaxed and the food was delicious too, we'll go again.
All types of weather were had by us but on the whole nice.  Lastly who do you think she looks like, she is our youngest and she is a good mix of us both me thinks.
More from us later.
Posted by Lisa at 20:44