A fateful pressing of the wrong buttons.

So it's like this.  For the first time ever on downloading the photos of our entire time in Chester, I requested that the were deleted from my camera at the same time.  Never done that before, never.
Then when I had completed the post from yesterday I started removing BY ACCIDENT all the photos not yet used.
So that's that really.  We went to Chester, did stuff, went places and left again.
I don't usually use my phone for a few photos so we'll just gallop through those and I've learnt my lesson. 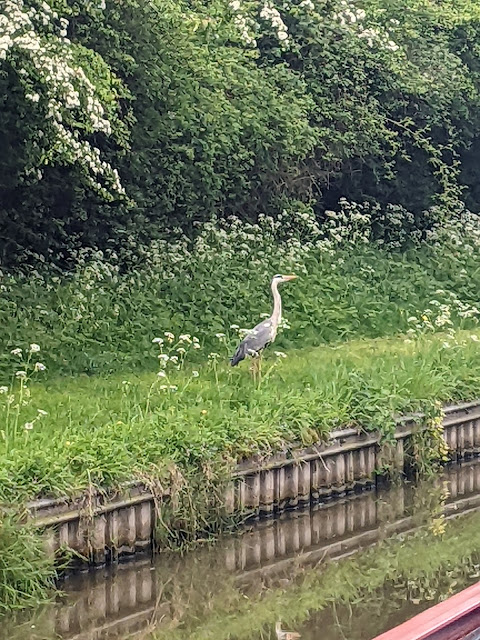 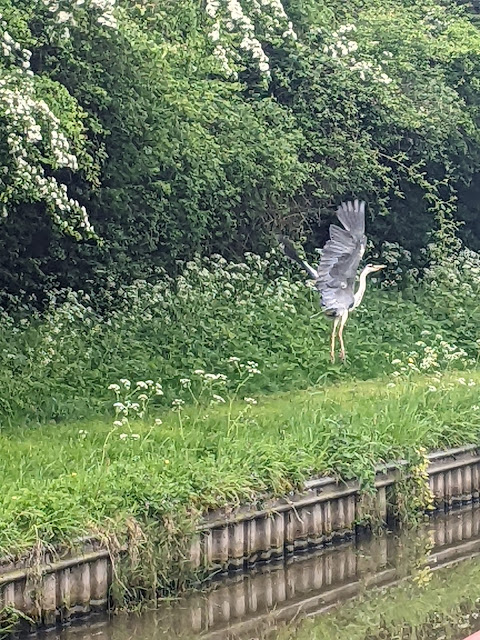 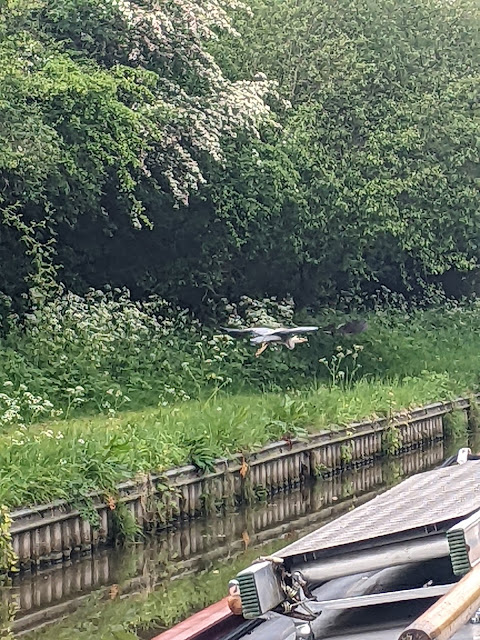 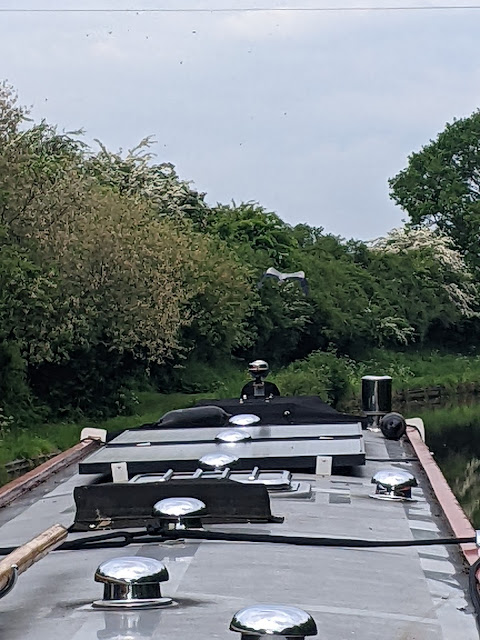 So this is the sight that greets a boater the last lock gates open, the grey buildings on the right are new to when we were here a few years ago.  As you can see it was quiet here on the moorings, but expecting an influx we moored up button to button and there were a few more boats by tea time. 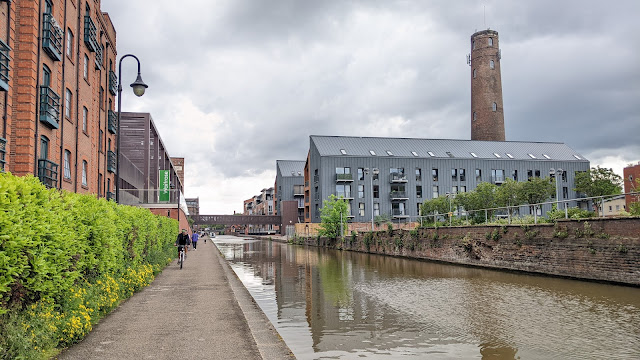 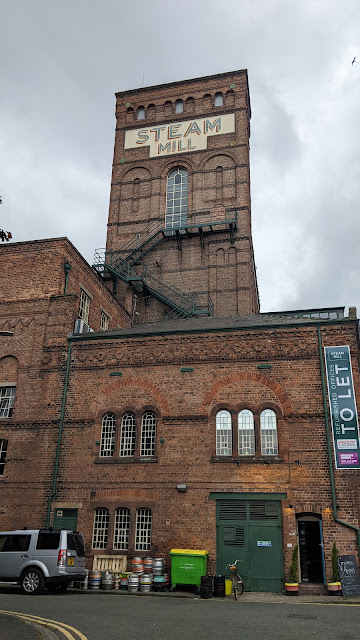 The road almost next to the boat was Frodsham Street, a direct walk into the centre of town.  According to Google Frodsham is a Celtic name, now weren't the Celts here before the Romans?
Well you might no believe this but these buildings are not Tudor, they are indeed Victorian, some roads in the city centre were widened and in some cases the Victorians put smart new fronts on the buildings.  Our Tour Guide was disdainful of it but I do think that these adjusted properties have a beauty of their own. 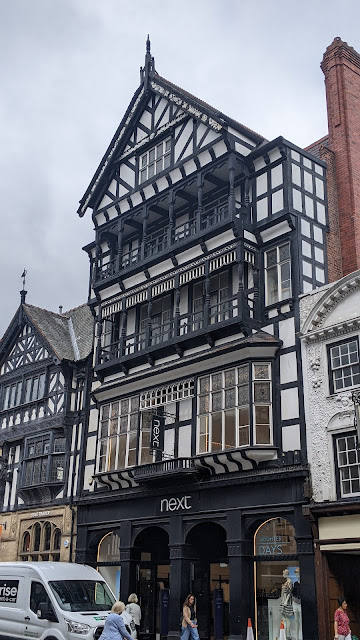 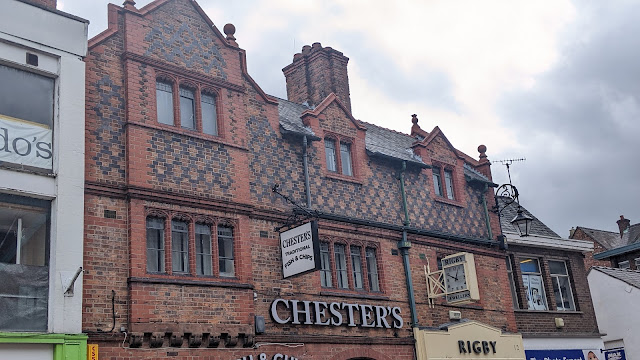 Quick change now to the Cathedral, the Normans built the abbey but on the site of a Saxon church.  So in the photos below, you can see one of the oldest parts a Norman archway but above the mini arches are in fact Roman, early form of upcycling materials. 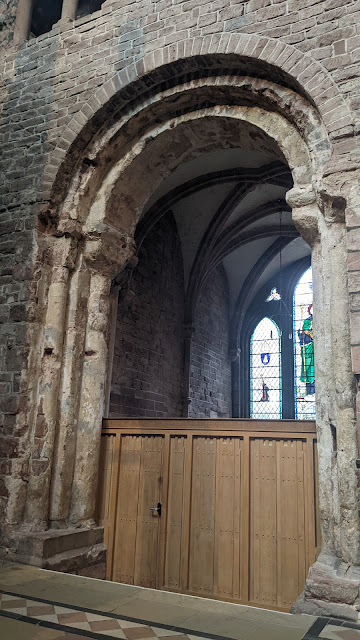 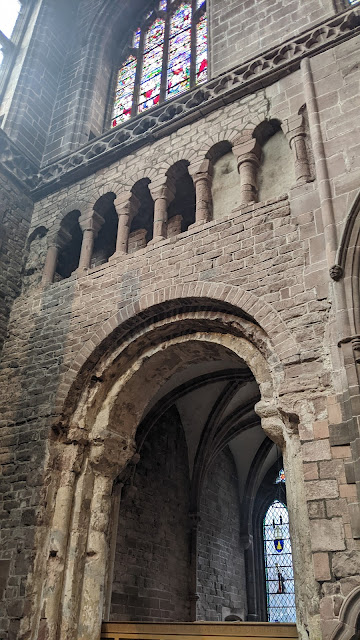 You can google Chester Cathedral for a picture of the exterior, I haven't got one.
So a day later we made a trip up to the National Waterways Museum at Ellesmere Port.
HERE
It was a great trip.  A quiet day there, but lively weather, we got caught in a downpour but look here at the blue skies. 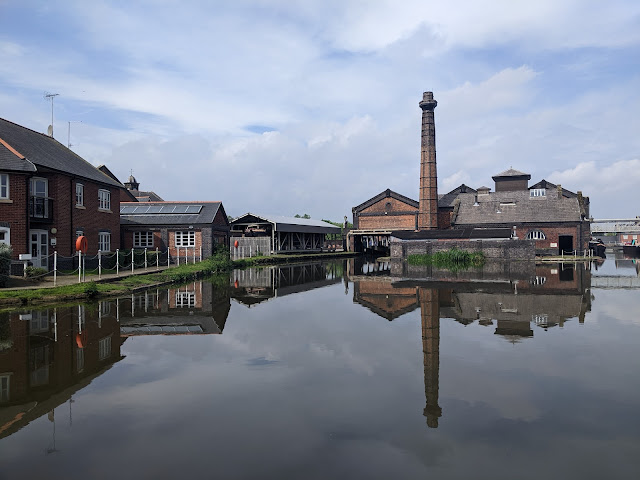 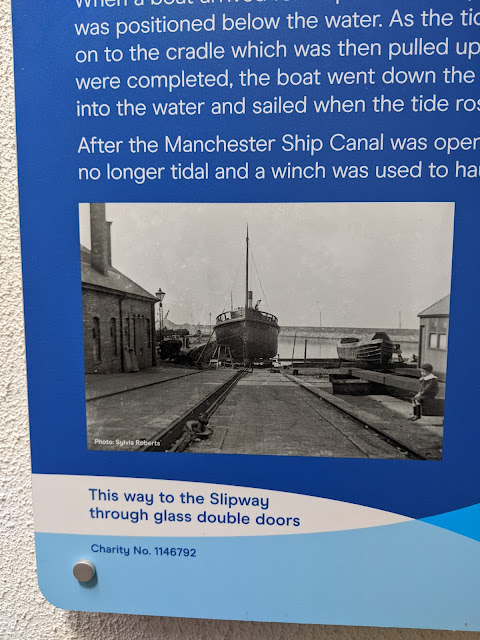 Now a very unusual thing happened in the Engine Room, this lovely man finished his coffee in the sun outside and talked to us inside and made me understand engines, in fact he was thoroughly interesting, even captivating I would recommend visiting the museum for him alone but it was a very worthwhile place and after all these years I'm delighted to have been.  David Lewis should know that in April I think he said they have an open day with all the engines working, the volunteers all dressed up, a day for your calendar. 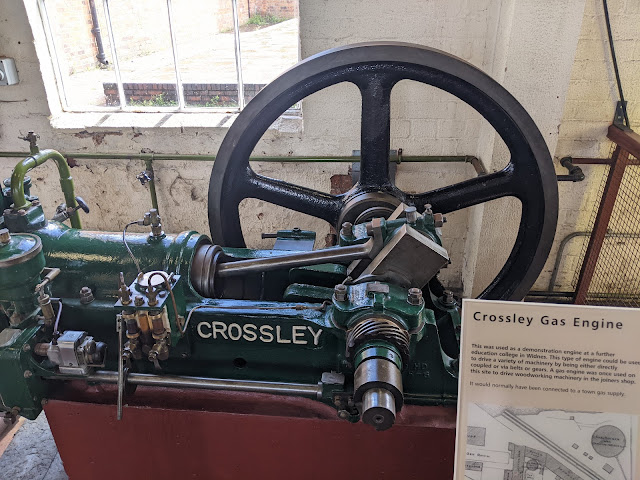 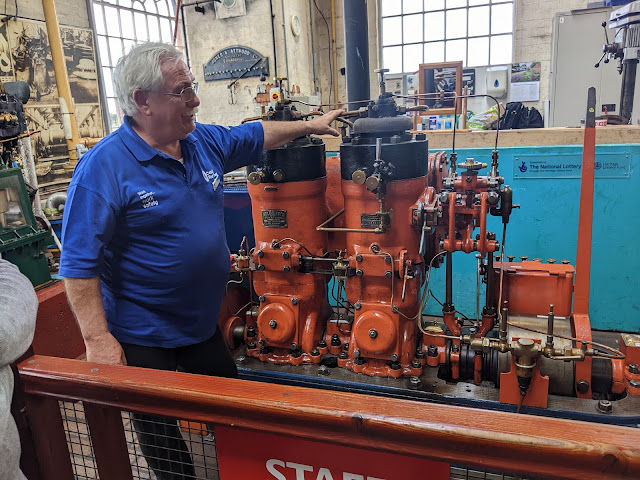 Below are the two sets of locks that could take the narrow boats down into the lower basin, then access down further to the Manchester Ship Canal. 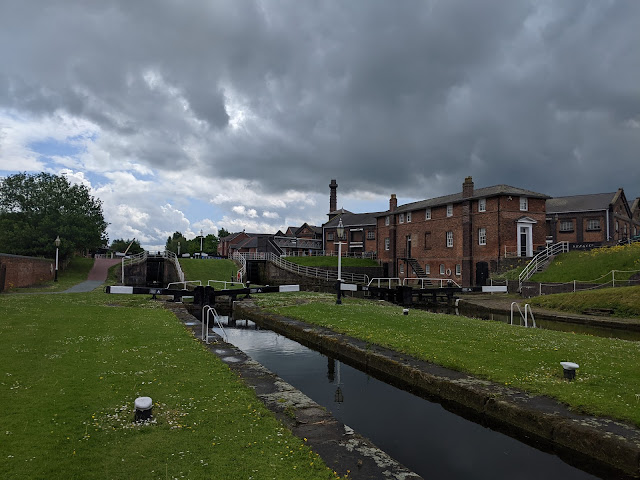 In the museum here is NB Friendship, new in 1924, that is to say 98 years ago.  Joe and Rose lived onboard her for over 50 years working and remained living onboard even after he retired and had a house, they used the house for storage. 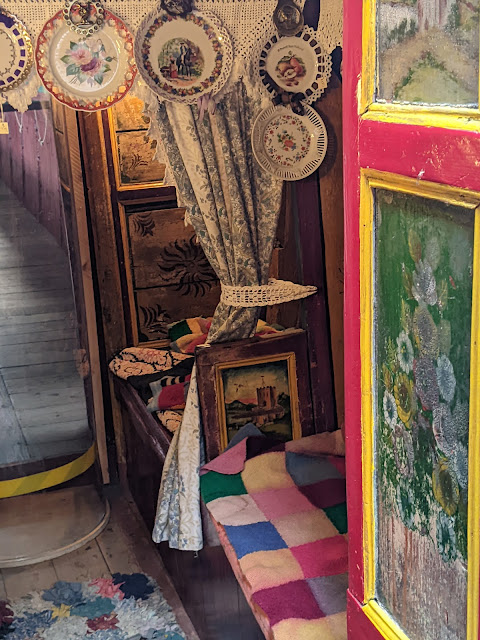 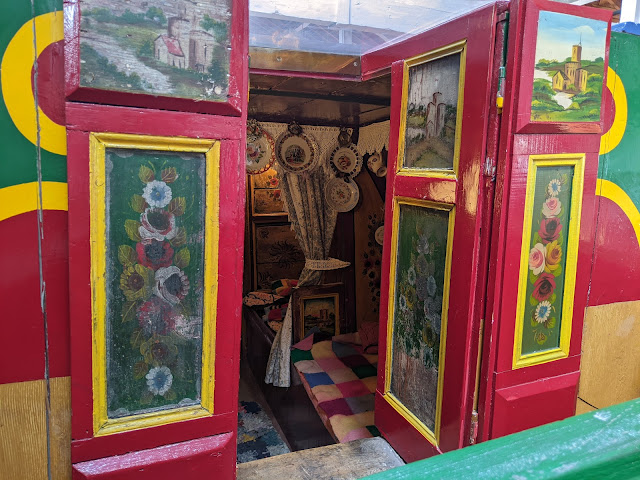 David had asked me if I'd like to go to Afternoon Tea at The Chester Grosvenor before we arrived,  unsurprisingly I said Deffo Baby, it was dead posh and delicious. 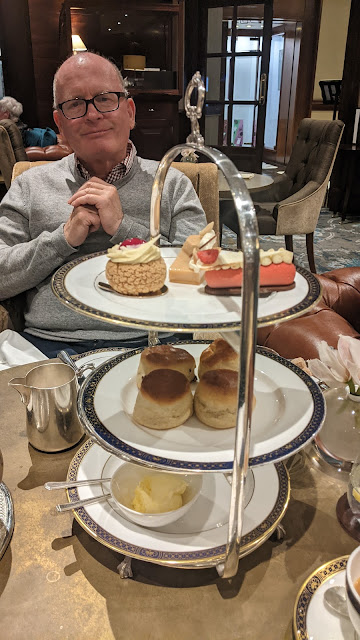 Now this was a surprise, a silage tractor through the middle of Chester.... I wondered if he was lost but no. 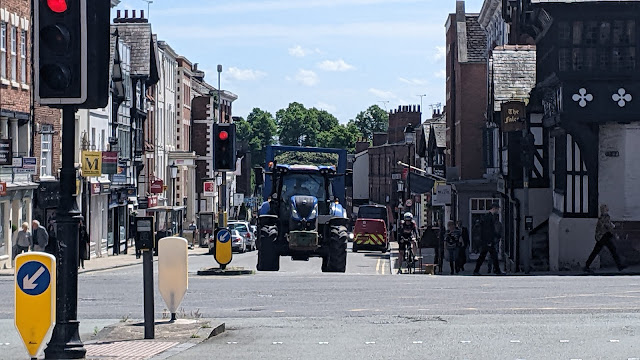 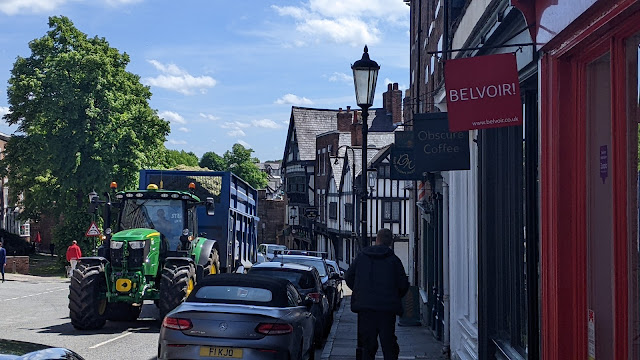 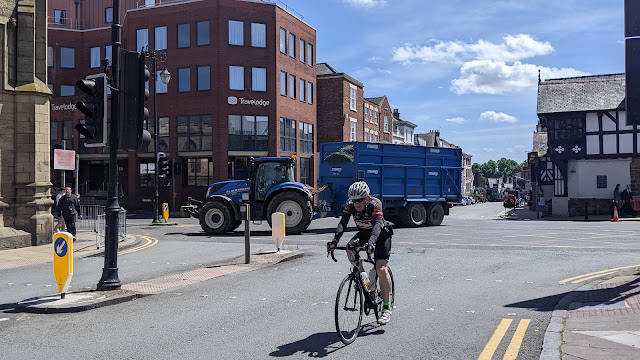 Our last afternoon was spent walking the city walls and stopping at The Architect Pub, with its extensive gardens, overlooking the Racecourse and it's good food, David had his sun hat and I really needed mine. 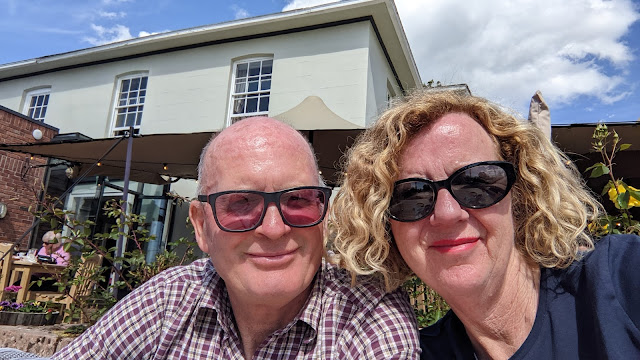 So we ascended the five double locks heading south on our way to pop WaL into Tattenhall Marina, our sister marina.  We are away from Boating for another couple of weeks, more about that on our return.
Chester is the most lovely destination for Boaters.  I've loved it and while we are home David has given me the choice of routes home to Great Haywood, via the Shropshire Union Canal or to retrace our steps back to the Trent and Mersey via the Middlewich Arms.
I've not decided yet although David asks me often if I have.