It's been a while I know, but as I write this we are at home again and much taken up with all that happens here, David at losing at golf and me, well I don't know quite what but I am very busy with it.

The last days we had on WaL last week were lovely and hot, actually a bit hot and sticky, actually very sticky and hot.

But we did pass this boat somewhere.  It caught my eye as when we met up with Leon's (Son-in-law) mum last week she told us of how Leon's either granddad or great granddad worked for Hingley's of Netherton and indeed rose through the ranks to become the commander in chief.  They made the anchors for The Titanic.
Leon these photos are for you. 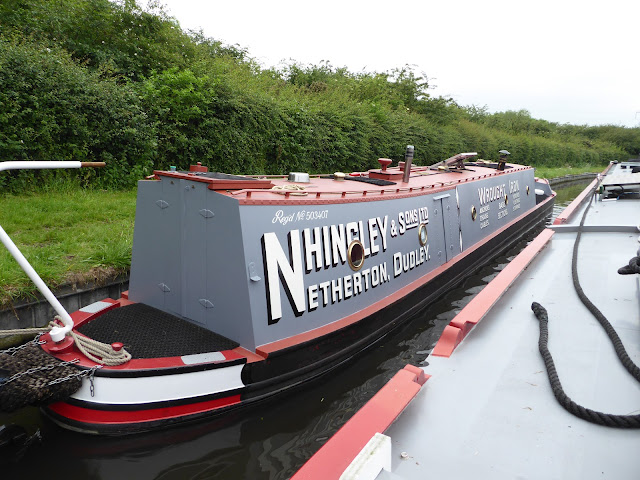 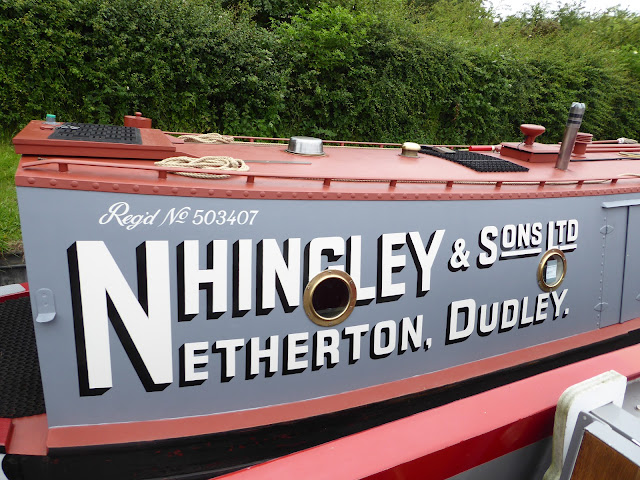 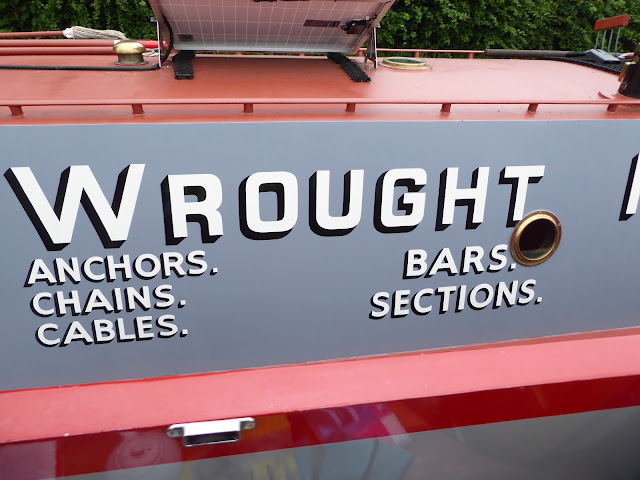 We only had a short hop this morning from Penkridge down to Acton Trussell.

We needed loo cleaner so at someplace I popped into Midland Swindlers, right next to the canal to get some.  David wanted the brand of toilet blue additive that we had the first time, seven years ago, he couldn't remember the brand, or bottle shape so that was easy then.

As I waited to be served David got talking to an unfortunate boater who had had his car keys knocked out of his hands by his dog.  The kind people at the shop had lent him a magnet to retrieve them and at the time of his meeting the keys did still work.
David rushed in and brought a magnet.

He did raise the point that what happens if we drop the magnet in the canal?

I've retrieved this photo from several days ago.  We passed it and I told the owner that I liked his paint job, he called back that he did it "In a moment of madness"  he said there were five miles of tape involved. 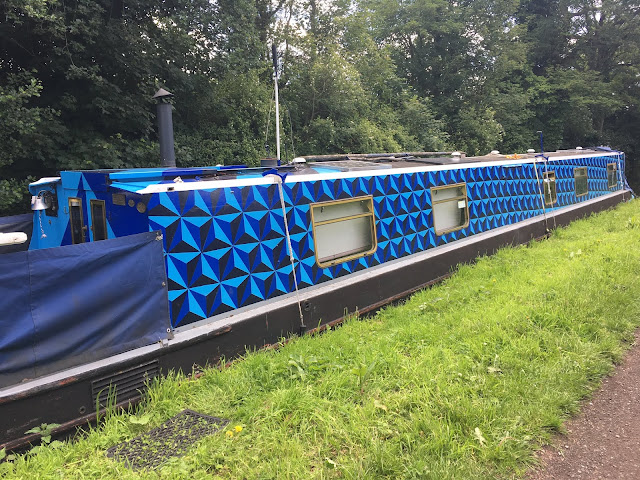 Then this cow walked into the canal and spent the next hour or so wandering up and down keeping cool. 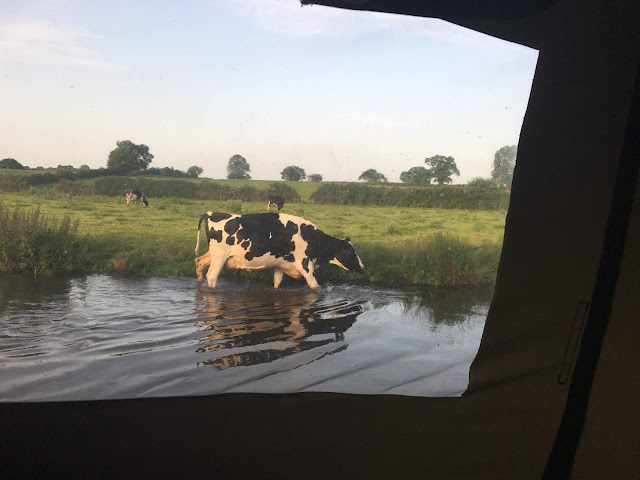 The next mooring we dropped down one lock and saw this what I took to be a young cormorant on the path, unmoving I hope it will be okay. 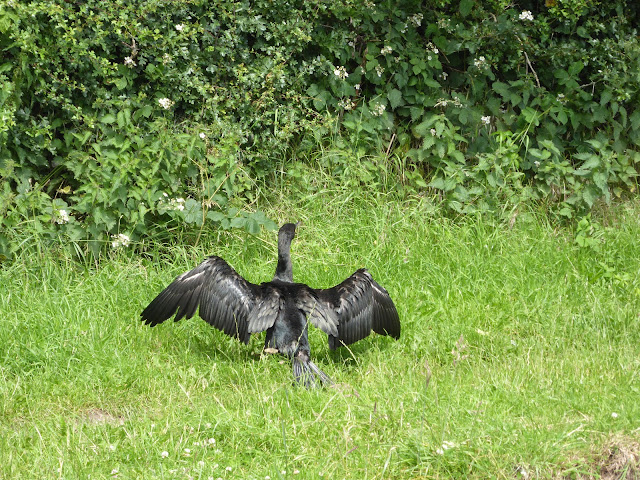 We pootled along in the boiling hot sun and eventually rocked up at Great Haywood Marina where she is now.  We are home for another couple of weeks then its all change.
Watch this space.
Posted by Lisa at 00:54