In no particular order....

Bright and dull this morning, no actually very dull and early, my David set off from the bottom of the Atherstone Flight.  It was 07:07 at kick off and only one of us were dressed.
The "Boat Sharers' were quickly dressed,  Amanda the first when she knew the first locks were ten mins away.
All of a sudden I was alone, but did get dressed and joined in the fun.

A STUNNING boat we passed, with different murals on each side, now I don't think I want WaL painted thus however I loved it. 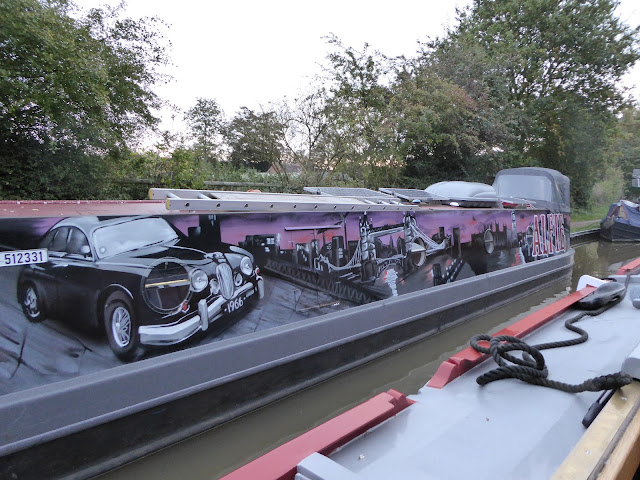 You will have to see the other side further down, as I titled this posting, its all "In no particular order today"  this is owning to me using my camera for photos plus my phone and David & Amanda's phones too.

My role today was to pop to Co-Op in Atherstone to get milk. Reader you may remember that in the spring I "Lost David" on the boat when I popped to this Co-Op, I walked the entire length of the flight thinking that he was ahead of me when in reality it turned out that he was in the same lock still as the one where I left him.....  That really was a bad day.

It was a chilly run down to Hawkesbury Junction but a nice one with close friends, leg pulling and flapjack.

The journey through Nuneaton was ok I thought, no rubbish floating in the canal or sofas....  Just the Tardis on someones mooring, like you'd expect. 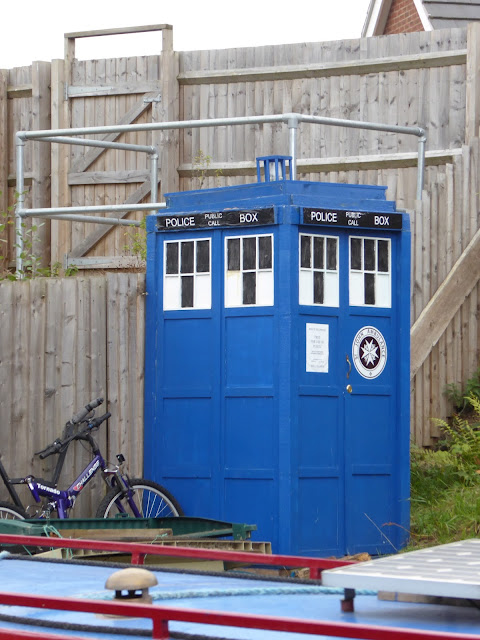 We got to Charity Dock.  Now lots of people think this place is amusing.  David and Amanda are clean and tidy types and I wanted to get a shot of their faces as we passed by but this wasn't possible.


On and along to Hawkesbury  Junction.  I wanted to eat here as its my favourite pub I have come across on the canals so far.  I just love the eclectic mix of people who gather here.  I have called to make a booking five days previously and 6pm was the only table they had available.  I took it.
But first more jobs to do.  As you may have figured Reader, David and I have no experience, knowledge or ability in boat maintenance, so we ask the experts....


With the black painted and then the black below the rubbing bar with a different paint which I was doing.  David Lewis touched up the grey and altogether it was a fine job.

David turned the boat half way through and we completed the other side too.  All in time to shower and change to go to dinner at six.

Dinner was terrific.  Three of us ordered pies.  They were stupendous, I had pulled pork with apple and cider gravy and  David Lewis had beef with stilton, David had belly of pork which he said melted in the mouth.
Amazing. 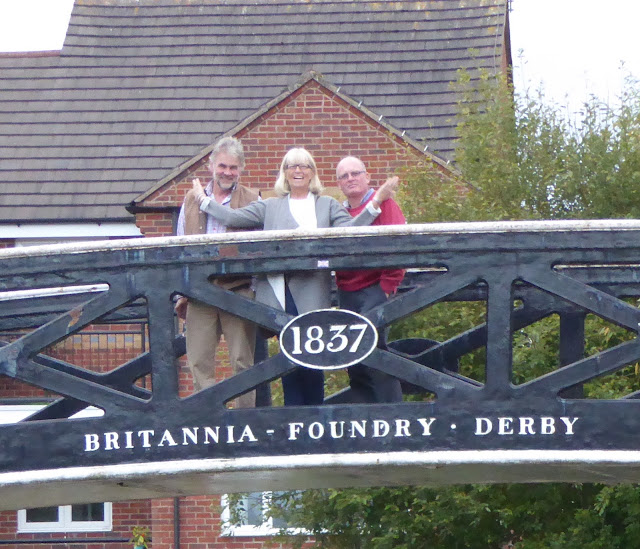 Here below are the photos of the other side of the boat Alfie. 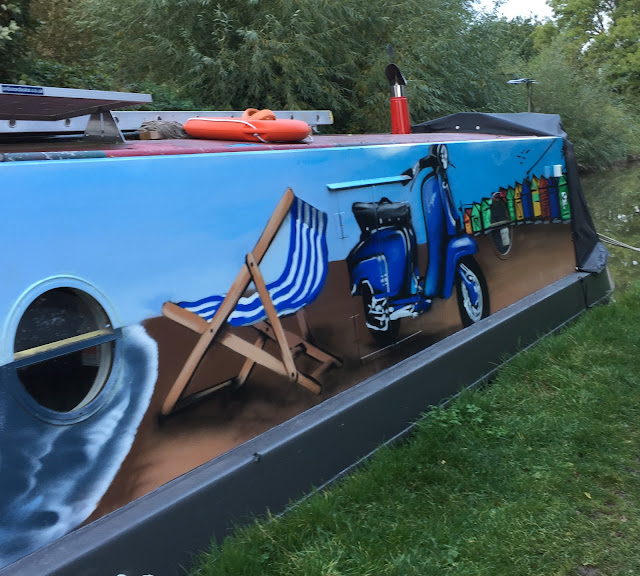 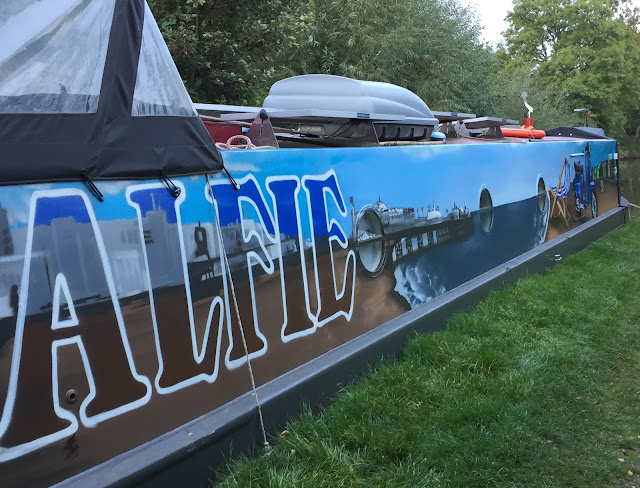