Well I was right about breakfast.  Only tea was drunk this morning.

Over supper last night that nice John offered to come around to ours and check just how much antifreeze is in our radiators.  Answer; None.
John has this wee fancy machine that tells you antifreeze levels plus the time in Japan and if its raining in Denmark at any given time.
"I can do it for you in two minutes", such a kind offer.  Now Reader as you know we are Dumb and Dumber so any offer is treated with thanks and we "Look and Learn" (Reader if you remember that publication then you are older than you think!!!!).
Here he was bright and early as they wanted to make a prompt getaway to go way way norff.  Well the engine was thoroughly examined and the bit that was needed (A header tank) was not found,  we looked everywhere, I joined in this good game, I wasn't much good, well its hard searching for something when you don't know what it looks like, how big it is, what colour it is or if you've found it or not...
We called NB Riverside Escapes, another Fernwood boat built alongside ours, the answer is, wait for it, we haven't got one.  John was in a state of disbelief as evidently every boat has one except us.  So after the game had lasted well over an hour NB Bluemoon departed.  Thank you for your efforts and sorry we made you so late.


Well as they moved off suddenly other boats did too, so we joined them, well when I had found my shoes.  The lock here was a small bottleneck, it was one boat up and one down moving pretty steadily.  Here is David holding the middle rope


Now it was fun and games at the water point, two taps here.  Two smaller boats moored on them, marvellous, with two more either side filling up, we hovered mid stream out of the way, well as much as a full sized boat can be out of the way.  Some folk were using the boat yard hose (and boat yard water) and offered to to us as they were moving off.  I jumped off when I could and went to ask in the yard for a pump out and may we please use their water too.  Charming people here, yes they said, park anywhere you want. So we did just that, rubbish out water up and then a sprint to the Fantastic Farm Shop too, (I asked if we could) before we abandoned WaL on their jetty, Yes he said, don't you just love it when men say yes? I do.
Now while all this fannying around was going on daughter ran off.  She wanted to do another eight miles, so I said I would text her in 30 minutes to tell her how far we had gone.
Then as we were preparing to move away there was this whooshing noise loud enough for us both to turn around and stare as a boat was going 'Hell for leather' towards the bridge and the junction.  Reader perhaps you haven't been here but like others its a blind junction that usually when you are approaching one you do so at a snails pace or even like us send a runner up ahead onto the bridge to check boats on the canal you are entering, bit like the Highway Code but oh no this one was charging through, at the last minute they beeped the horn and guess who it was.....? Yes well done, it was indeed Twitty Woman Lock Supremo from yesterday, if I hadn't seen it I would have not believed it..

Well here is David's efforts, we were just relieved that that boat had gone he other way. 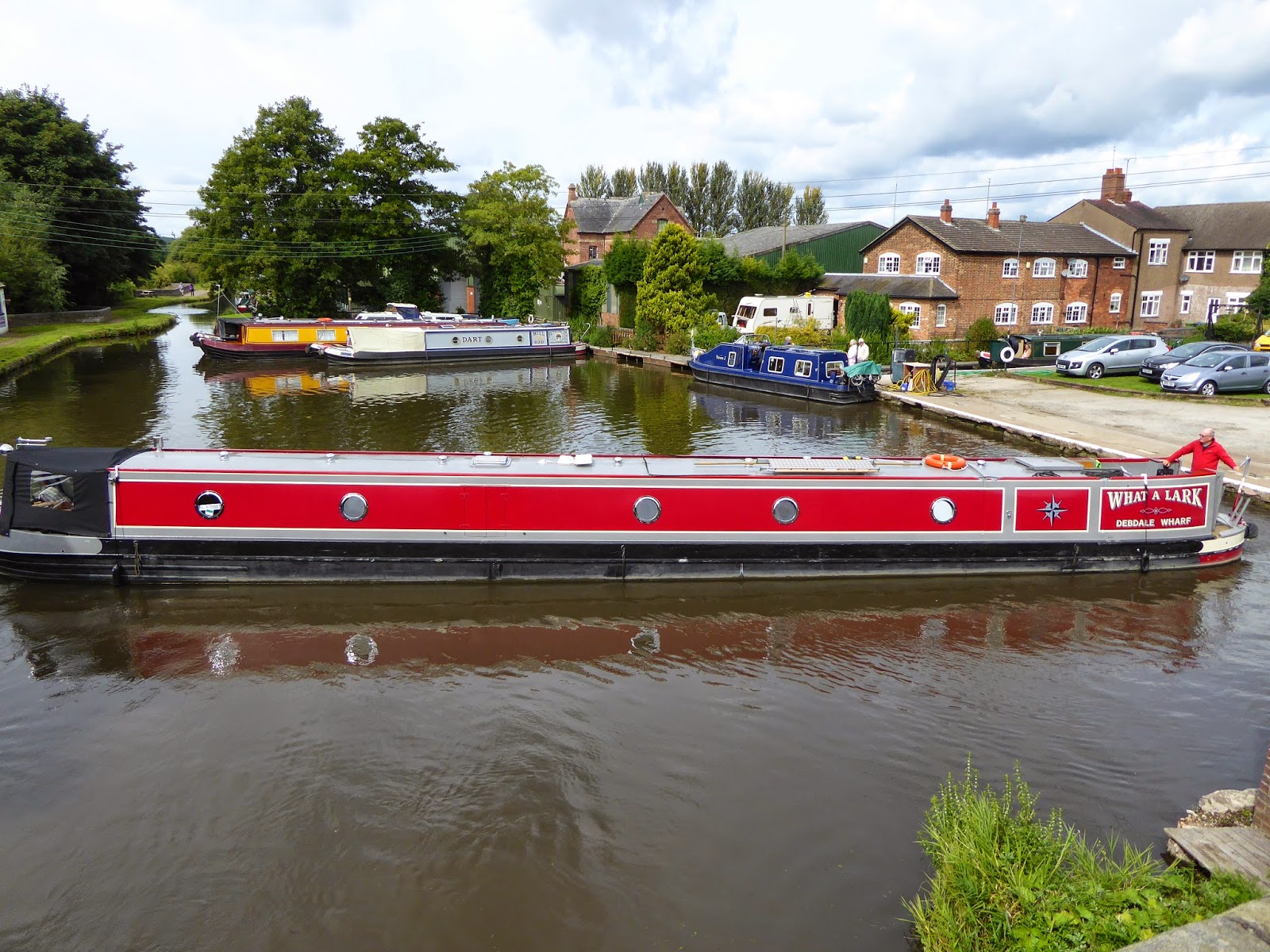 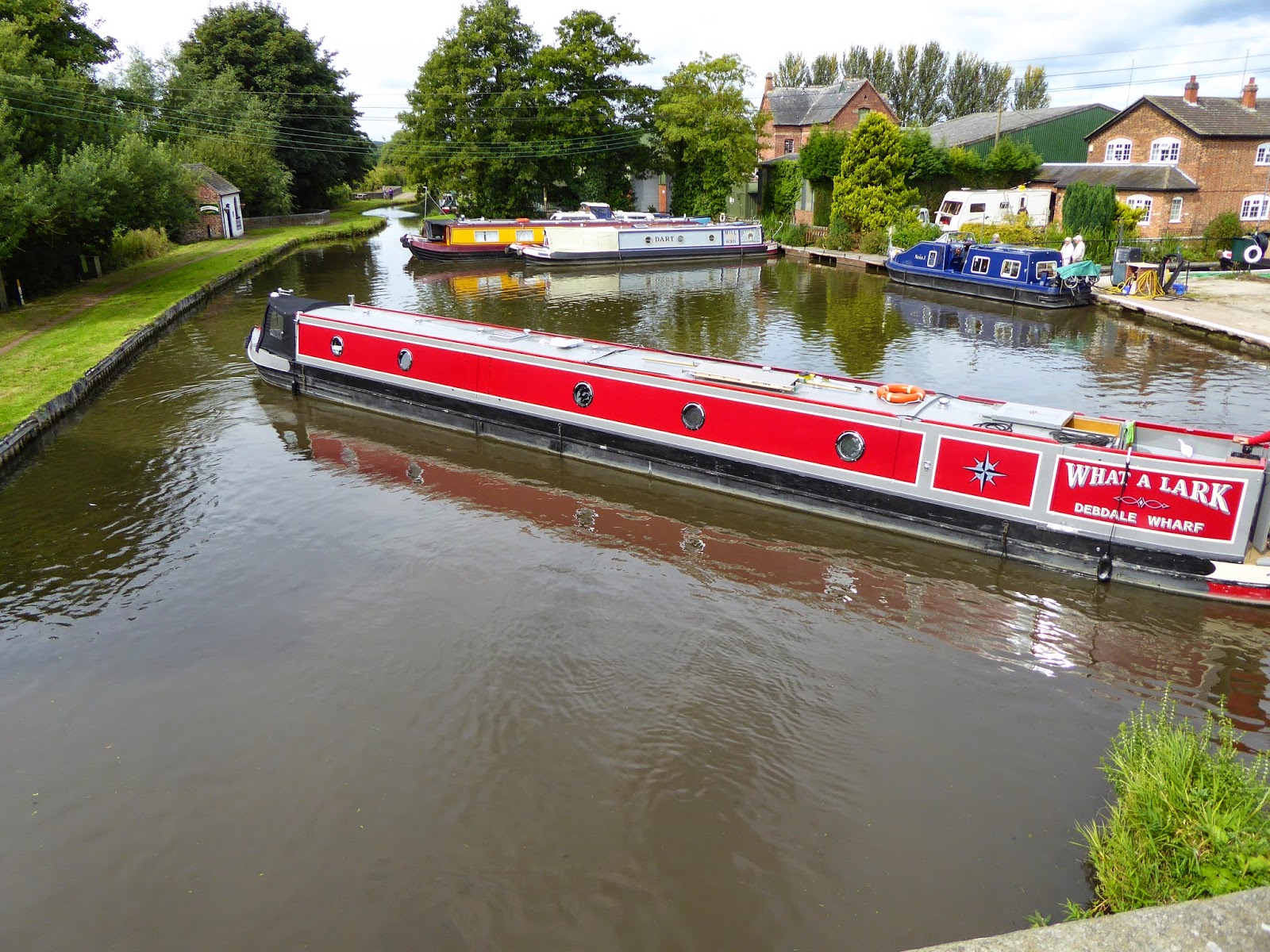 By now it was 30 minutes on for the running daughter so I text her to say we were now in the exact same place, she seemed alright with this and we caught up with her on a bit and she was pleased with her run.  Actually she had run to where we were planning to moor tonight and back again. 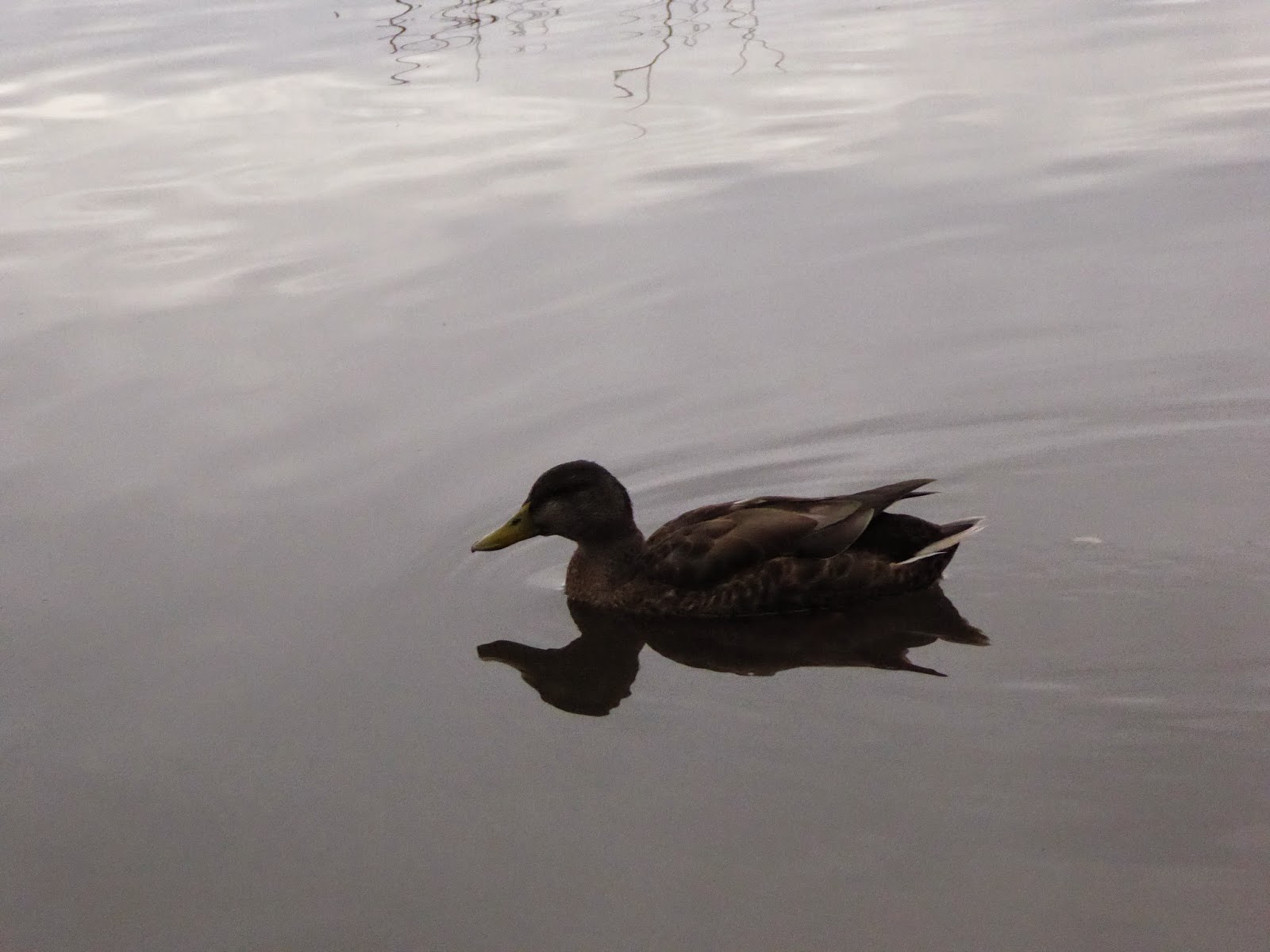 So we found a nice country mooring, David went off to fetch as we would be needing it tomorrow already.