So with the songs from last night still being sang around the boat this morning.  It was due to rain later on in the morning and David (Insomniac) simply cannot understand how boater can sit around drinking tea then the moment the rain arrives they set off.  But they do and chortling could be heard.

We donned the wet weather gear (Midlands category) and off we trundled to the Birmingham Art Gallery.

Now we visited here five years ago and it was absorbing.  A quick visit today.
Here are some of my favourites; 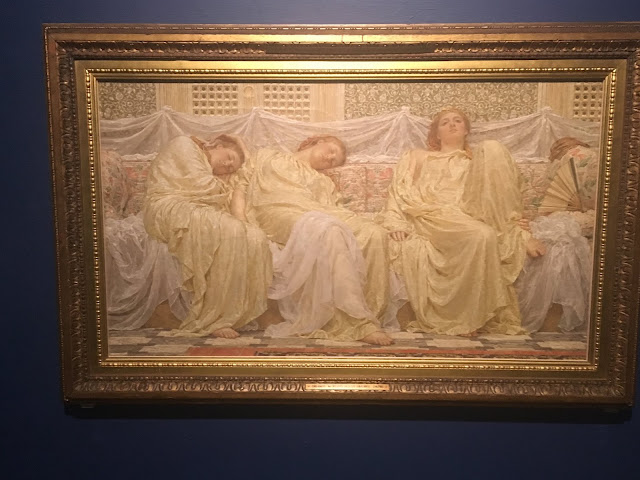 Walking back to the Rep Theatre we were going to see the stage production of Captain Corelli's Mandolin.  I have to say it was the most touching and moving play and I have read the book and seen the film.  David enjoyed it too.

Afterwards we consulted Googlemaps and found (About 4 minutes from the boat) to this pub The Craven, so David had just read Bumbles' book "Around the World in 80 Pints"  if you don't know who Bumble is scroll down to next paragraph.
Bumble says this is his favourite pub and when he's at Edgebaston he pays a call.

A very lovely place, as I sat down with my plum G&T the lady next to me said "Hello how are you?"
This is not an alarming sentence, we are merely in the north.

So we chatted on with this thoroughly friendly couple.  This is their local, they've never met Bumble, they both are avid cricket fans (Its the world cup on just now Amanda), she used to play football and so did he professionally so they did hurry off home to watch what turned out to be the most watched Ladies England Football Match to date, don't ask me who won, I'm not a fan. 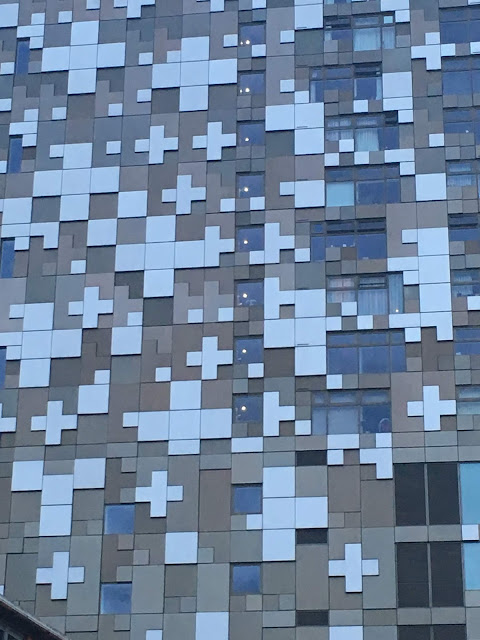 So the lovely couple recommended The Red Pepper, seconds away from the boat and we both had a great supper and there were plenty of opportunity for people watching, Hen Do'd and Stag Do's, some truly shocking sights too.


The next morning after a fairly noisy night, well what do you expect in the centre of town on a Saturday night.... but it was noisy.  So we trundled off to have a wee snoop at The Round House, no photos I'm sorry to say but the main thing to report is that it's covered in scaffolding so we'll see what happens next.  The Sherbourne Wharf have indeed developed the service point right outside the Round House and the pub right there.  We were incredulous five years ago when we were told this, can you imagine eating a meal and there's a pump out happening YUK!!  But the pump outs are not available during pub opening hours, seems a good idea.

But we met a CART chappie inviting people to join CART to help support the canals.  Frightfully good idea I thought, to support this work below, the planting of fruit trees all along the tow paths and also insect loving plants in borders.  After watching SpringWatch and learning how dramatically insect numbers have plummeted this is vital work. 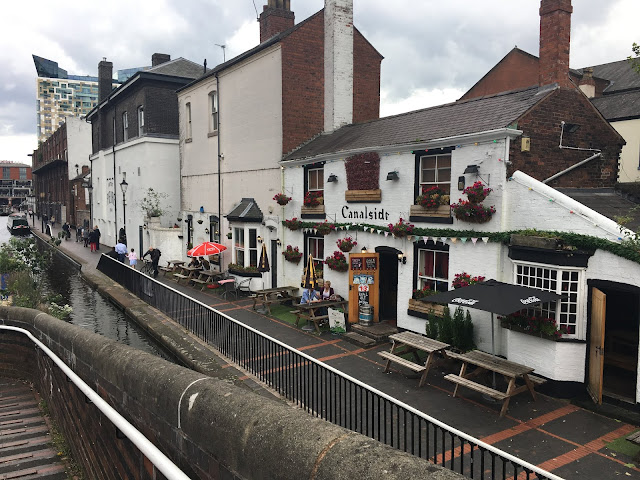 It started to rain so we went into the newly opened
The Canal House.  I meant to have gone back through my photos to see pre-opening photos.  We had coffee first and then lunch and it was great, then a musician played and everything was happy.  We strolled to John Lewis in the Bull Ring and Reader I'll have you know I brought nothing, it was David carrying the bag on the way home.

The next morning early we crept away, reversing around the corner and off we went.

Later in the morning we popped WaL into her B&B home and off we went home to see my mother.