A long day but a pleasurable one.

I forgot to put these few photos up last night of when we were at Weston a couple of nights ago. 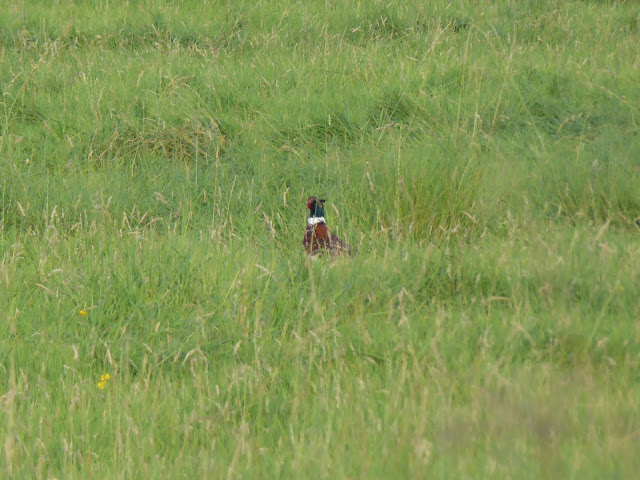 We were up early the next morning and slipped quietly out of the line of boats here at Barlaston.  We got in easily last afternoon but in high season it's a different matter.  There are the Stoke locks to tackle today.
A few years ago when we heard of a family crisis at home and we were in a real hurry to get back, at these Stoke Locks we met "Rob The Lock".  Now we think Rob is a good egg and he used to help people through these locks with the aid of his bike and at one point his son although his son has moved onto pastures new, well Rob found us that day and locked us down at great speed helping us tremendously.  I paid him generously but today he has his own rates.
In fact just last week I had an email from Jaq "Mrs Valerie" as she is known in this house,  HERE   Jaq is the widow of Les who very sadly died after only a few precious years together.  Jaq returned to her native USA and from there wanted to know Rob's phone number for another friend who needed help with the locks all around Stoke.  I didn't have it after changing phones from Apple to Android, several numbers got lost in translation.  I have it now as Geoff had booked Rob this morning.

So as we arrived at the first lock there he was, already helping a single hander down.  There he was going to be meeting Geoff later.

An early sight in Stoke, an old Bottle Kiln.  Stoke and the surrounding areas was known as The Potteries making all England's finest bone china exported all over the world, there were these bottle kilns all over Stoke, in the heyday over 4,000 today I read just 47 remaining and all listed.

This one below looks in a sad state, but the whole site looked as if it might be going to be redeveloped.  Time will tell. 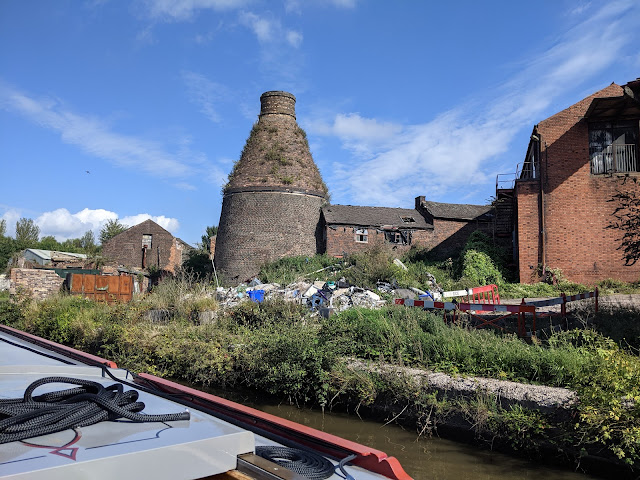 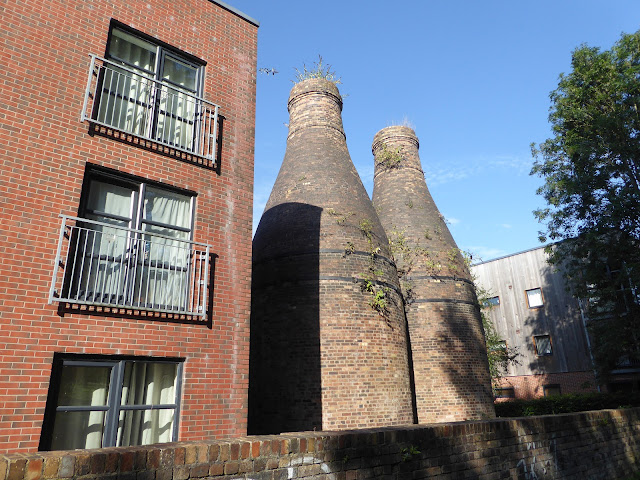 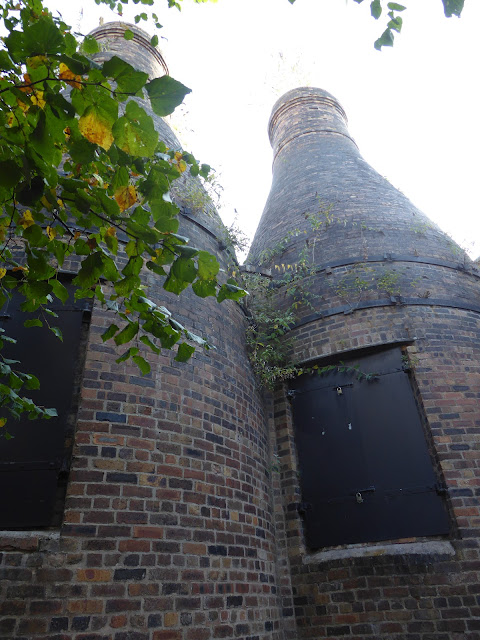 These two have been restored to my satisfaction, but even then they have green growing out of them.  I would want all the old buildings preserved but there again I'm not paying for it.

Along this stretch of Stoke, it looks like they are clearing the site, certainly of the saplings and weeds, David was disappointed that much remained in the canal or had been dropped.  I'll keep these photos to contrast and compare in the future. 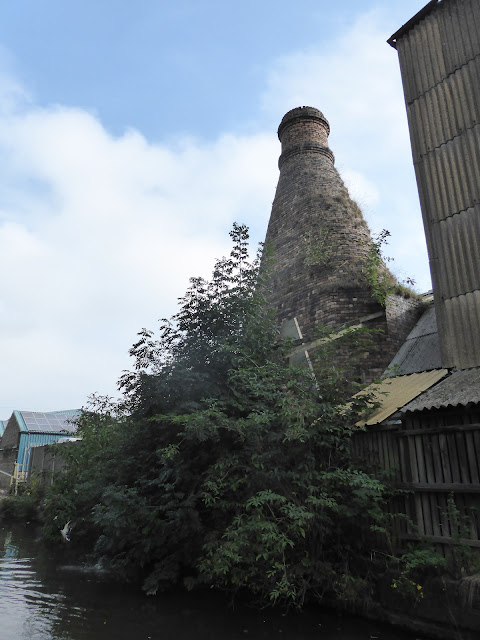 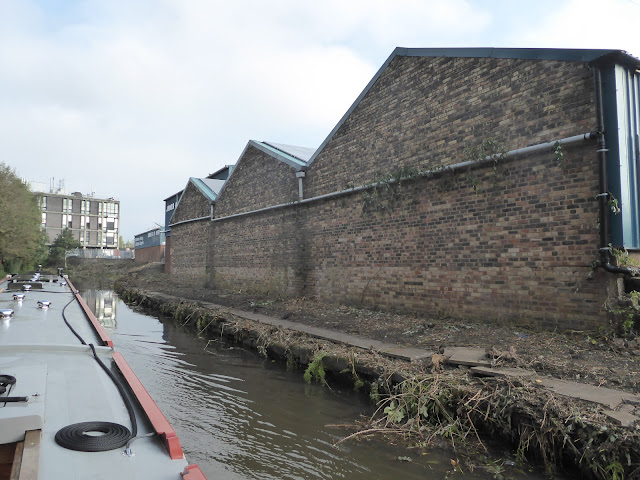 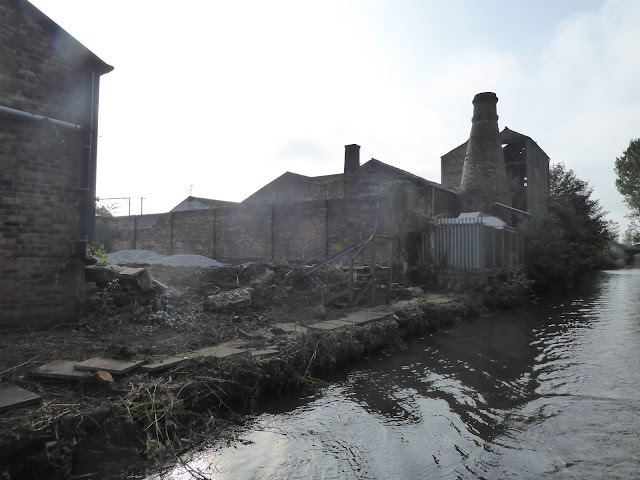 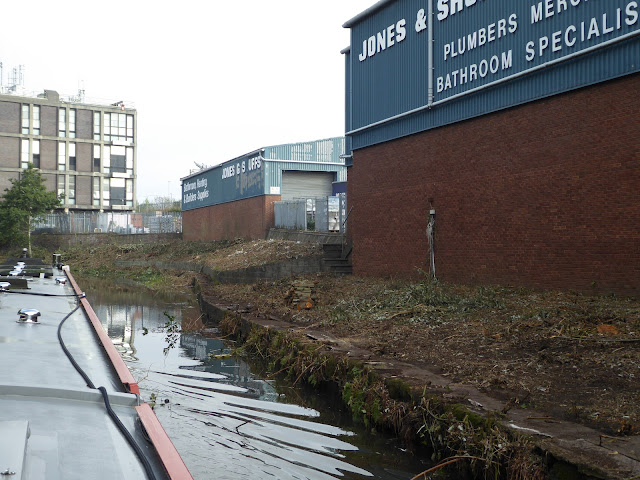 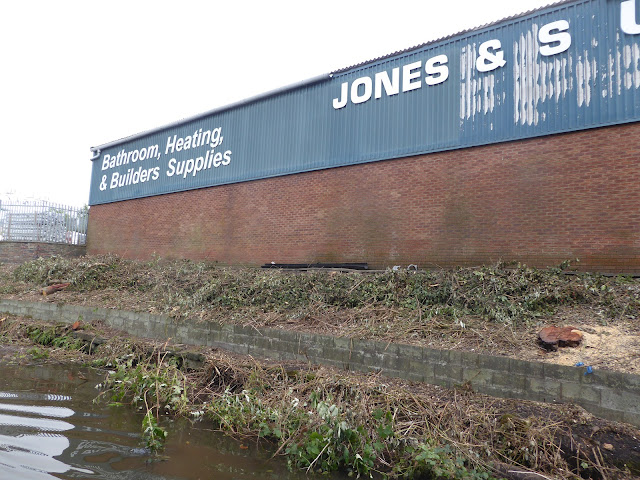 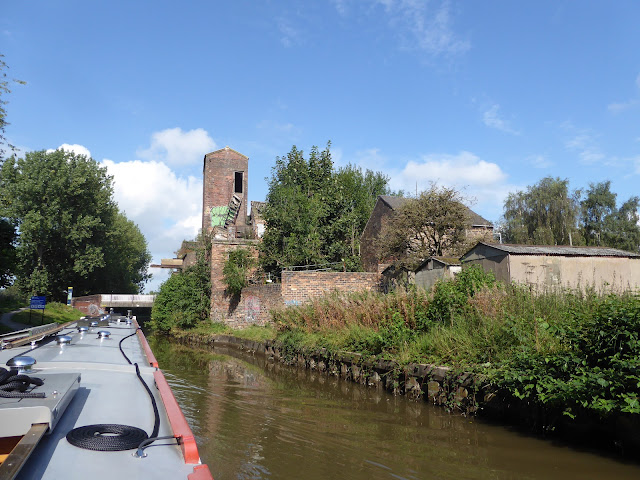 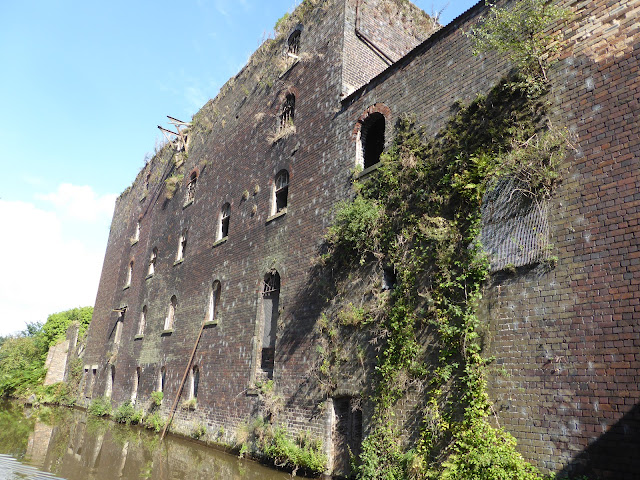 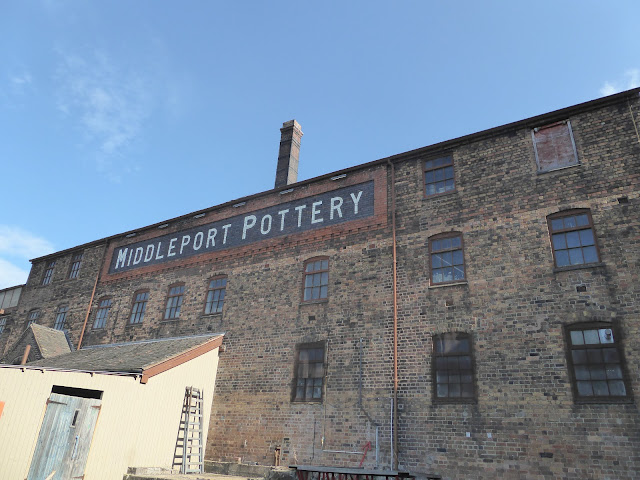 Sad to see the old fabric declining.
We arrived at Westport Lake and could easily see why boaters stop here after Stoke.  Its most attractive with its visitor centre and cafe in the sun.  We almost moored up forgoing our 3pm Harecastle Tunnel booking but in the event we did keep going as we would have a couple of hours to have lunch, relax and rest before tackling the locks downhill from the tunnel.
However on arrival, at 12:30 the nice little CART volunteer manning the tunnel waved us straight in "To get rid of us" we of course complied and chugged in.
I had found the life jackets under the bed and I donned my cycling helmet too and helmed WaL most of the way.  The roof of the tunnel is VERY low in the centre but today with water levels so low there wasn't a problem. 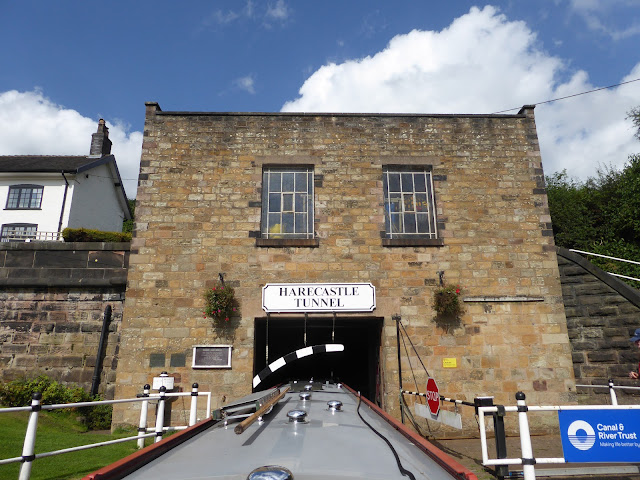 And so we start downhill.  It was beautifully warm now and with missing out on lunch I was beginning to flag.  David spotted the tell tale signs when I curled up on a lock beam and stopped moving.  He decided I needed to swap places... 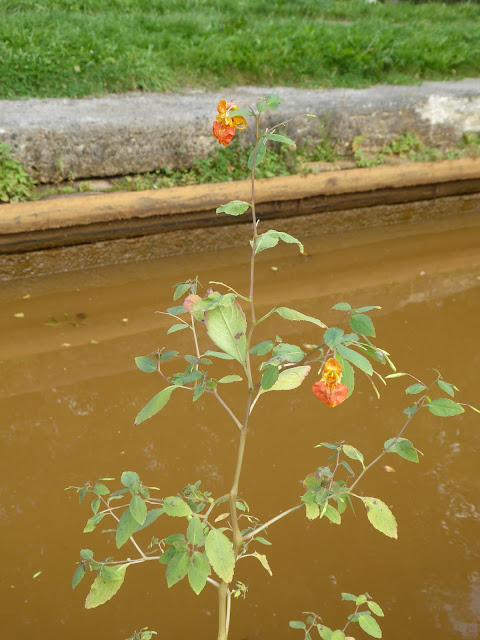 We rocked up at the Church Lawton moorings, which are about 5 or 6 locks down from the summit.

This is where the day finished for me.
We had nibbles and olive bread with cheeses, followed by peach surprise.
Tomorrow I can't quite believe it, is going to be rain either all morning or all afternoon, they haven't decided yet.
I am quite looking forward to DOING NOTHING.
Posted by Lisa at 12:51