Down the Severn in the sunshine

The next morning was an easy run down into Stourport.  For the benefit of my Reader in Brazil, Stourport is the last town on the canal, here the canal joins the River Severn through a series of locks, the locks are staircase locks too.  Two sets of locks, one set for wide boats and one set for us little narrow boats.

Well it was a right kerfuffle here, one boat coming up off of the river, just when we thought it was our turn, the owner of the Dry Dock thought it his right to "Take" our lock and bring his boat up, then when it was our turn I forgot to empty the bottom lock of water prior to David bringing WaL into the top of the staircase.  Thus on emptying this top lock as he descended, the locks of water cascaded over the gates, not too much of a problem here  as it simply flows over the gates onto the river.  But had we had been at Bratch Locks as we were a few days ago, we might have flooded gardens of the nearby houses.

It was all a bit trying and very hot too so I didn't get to take photos, but here we are just exiting the final lock and getting onto the mighty river. 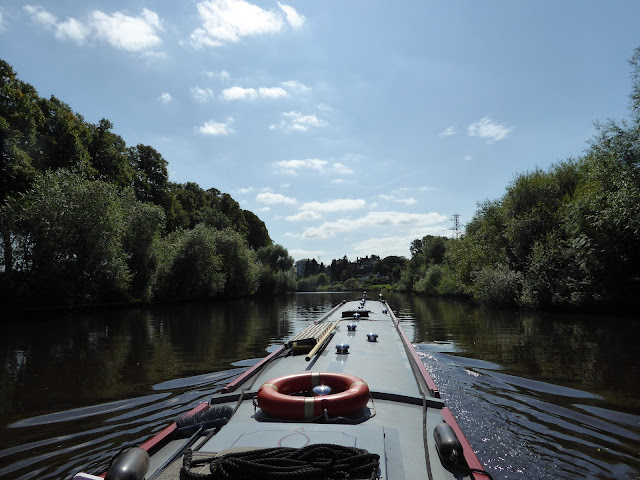 Below was the pontoon that we had moored up on wat back in the spring when we had arrived in Worcester via another route.  As you can see it was completely full, nothing else for it but to go up through the big double locks and moor in the town. 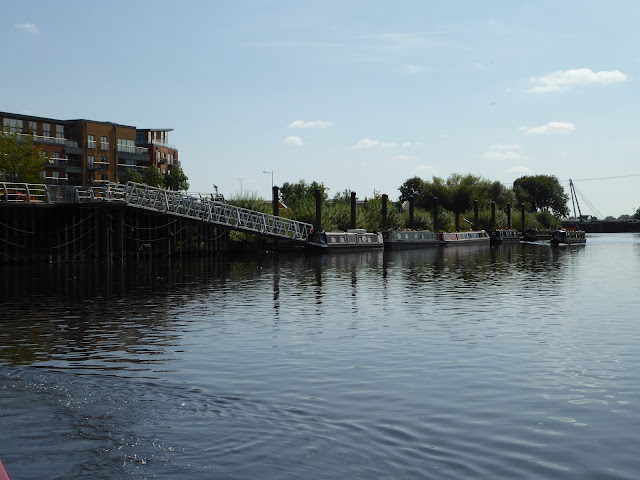 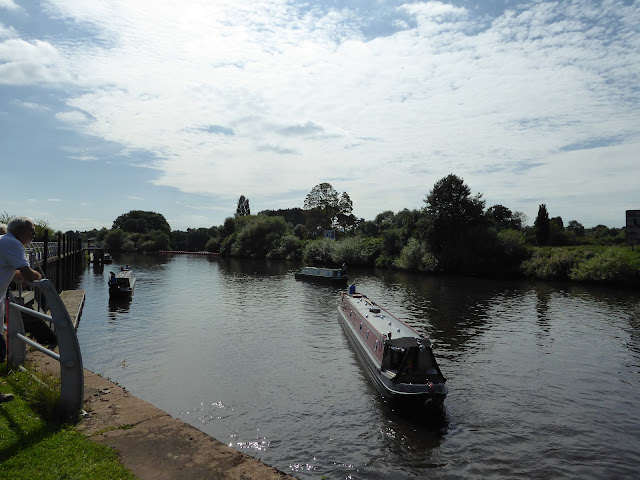 Much hilarity was had here, as you can see suddenly there were three boats to come up the locks.  Of the two other boats one had an American crew and the other a Canadian crew.  I went up to the locks and emptied the giant sized lock but only one paddle was working, so it took ages.  I recruited members of the public to operate the gates, calling out loudly for all available men to take the strain..... it worked! 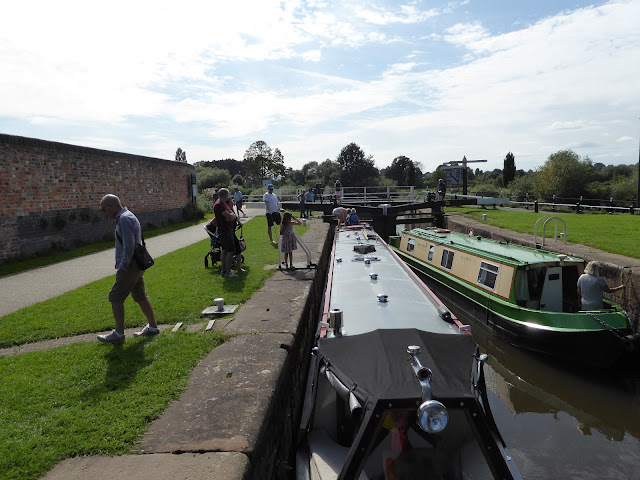 David reported back to me later that the American was saying things like  "Who's in charge here?"   "There's no information, who's organising this?"  David of course helped these visitors to our shores by replying;
"No one, that's the fun of it!"

The fun continued as boats having gone up two locks then decided to change their minds, reverse and go back down.....   hilarious to watch the Americans faces.

In the evening we met up with Leon's folks Nick and Lynda and went out to supper at HERE  The Olive Tree in Worcester city centre and very good it was too.  I can particularly  recommend the Gambas, which is a platter of giant prawns, I wished I had ordered it!