Cleanly round the bend

A lovely coffee morning was held this am, on WaL and we invited Sarah and Chris before they had to move on on their way north and to the Trent and Mersey canal.  We had a fair bit still to catch up after not seeing them for a couple of years.  Sadly and all too quickly we had to say goodbye...
A short while later....

"So then ready to make a move?"
Absolutely not, keep quiet and keep still, there's a wren in the bush" says I
Now you'll have to forgive the slightly  fuzzy feathers but it was taken in a hurry and through the glass window, in the nick of time, then gone. 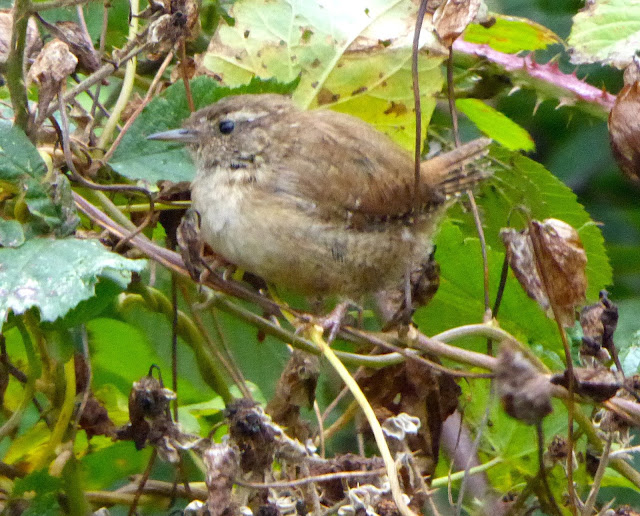 Then we did make a move, we eased out of our mooring and down to the water point.  Both taps were empty so while our tank filled David did what he seems to get great joy from which is cleaning out the roof gunnels/channels or gutters. 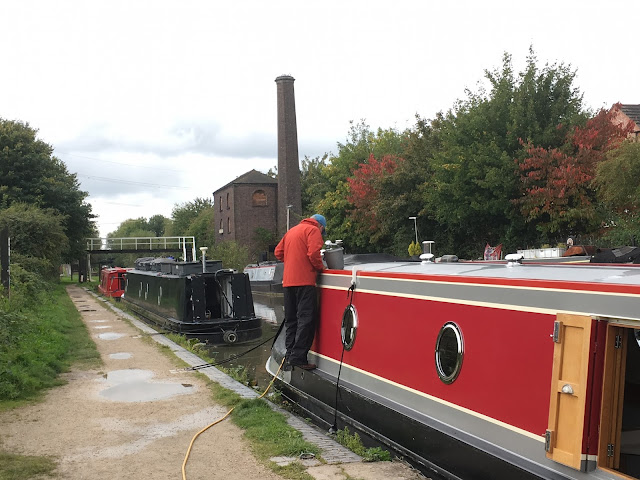 Off we go finally.
I had said that I wanted to drive WaL around the bend here, but, he is making progress as a junior photographer (Checkout his Instagram account)  but I wanted to get this shot and I could never have moved WaL sideways closer to the pub to get this shot!

What you can't see is that when I was calling instructions to him, two boats arrived to come through the lock, another took to the water point while he queued and then two boats appeared form behind us.  Slightly amusing watching the hirers untangle themselves after pulling into the basin.
Time to get a wiggle on.

Around the corner and on a bit is this rough waste ground.  New additions along the concrete bank of these grassy planty sausage rolls, I didn't get a shot of it but a sign was up talking about a water vole programme, the sausage rolls are I presume a food, shelter and escalator system.
Good news I hope it works. 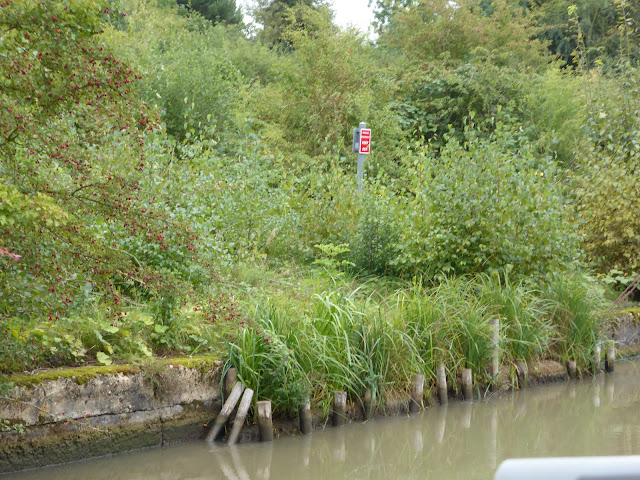 Now the below garden is much photographed.  I thought the whole site much improved, I wondered if some cars had been removed, but no as David said the grass is growing up all around them. 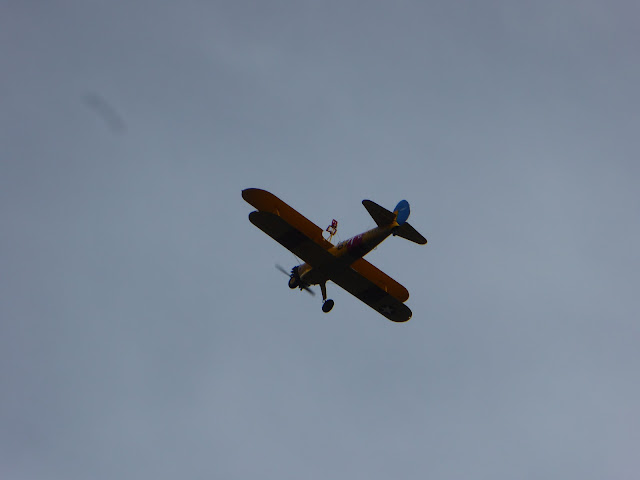 It was grey.  But as we got closer to All Oaks Wood, the sun came out, we decided to keep going although there was a nice mooring  before the wood, in the afternoon sun, for comfy reading, but no we'll enjoy boating in the sun for once...


So with many backward glances backwards watching the clouds build we pulled onto a section of armco and got inside  the boat before the heavens opened.
Phew.